The Mi-24P is similar to the Mi-24V but differs in cannon armament. Whereas the Mi-24V is armed with a 12.7mm Yak-B minigun in a nose turret the Mi-24P has a twin barrel 30mm GSh-30K autocannon alongside the cockpit. The GSh-30K is much more powerful but not as simple to aim as the Yak-B. The P in the designation stands for "Pushka", which is Russian for cannon. Mi-24P Hind-F: The original Soviet army version of the Hind-F. Mi-35P Hind-F: The export version of the Hind-F.

The T-62 is a main battle tank of Soviet origin. It was developed in the late 1950's as a follow on to the succesful T-55. The T-62 was produced in large quantities in the 1960's and played an important role in the Cold War. In several areas the T-62 is an improvement over the T-55. However, the slight increase in performance does not justify the production costs that are twice that of the T-55. The introduction of newer tanks made the T-62 quickly obsolete as the primary Soviet tank, a role which would be fulfilled by the later T-72. 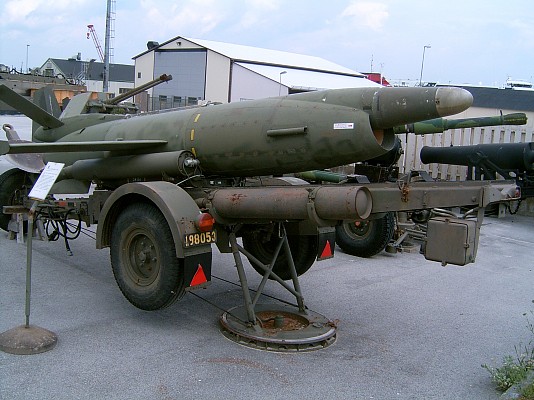 The Rb 08 is an early Cold War era anti-ship missile of Swedish origin. The design was derived from the French Nord Aviation CT.20 target drone. The Rb 08 was one of the first operational Western anti-ship missiles.