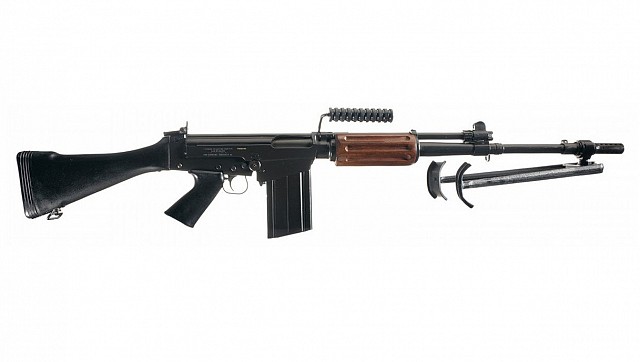 The FALO is an early Cold War era light machine gun of Belgian origin. The role of the FALO is to provide a squad with automatic rifle fire capability, while being more portable than a medium machine gun. Whereas the regular FAL battle rifle was designated a lightweight automatic rifle, the FALO was the heavyweight counterpart.

The FALO is similar to the FAL battle rifle, but has a heavier barrel and comes equipped with a bipod. It retains the short stroke gas operated firing mechanism. The Belgian model comes with shorter handguard for improved cooling. The Commonwealth model has no handguard, but wooden strips on the bipod act as handguard when the bipod is in stowed position. Since the FALO has a heavy barrel and is equipped with a bipod several nations used it as the basis for a marksman rifle. FALO with good groupings would be selected for modification to accept magnified optics.

The FALO fires the 7.62x51mm round from the same 20 round magazines as used with the FAL. In Commonwealth nations the FALO was often issued with 30 round magazines instead of 20 round ones. The FALO has a cyclic rate of fire of about 700 rpm. In Commonwealth service the FALO was found to be less capable than the older Bren it replaced. While more portable, the FALO proved less controllable and less reliable.

The FALO was adopted by many nations that have adopted the FAL battle rifle or its Commonwealth L1A1 counterpart. Many Commonwealth nations issued semi-automatic variants of the FAL to moderate ammunition consumption, with the FALO being the only automatic rifle in the squad. However, some nations found its ability as a machine gun lacking, and opted to issue the heavier and far more capable FN MAG instead. 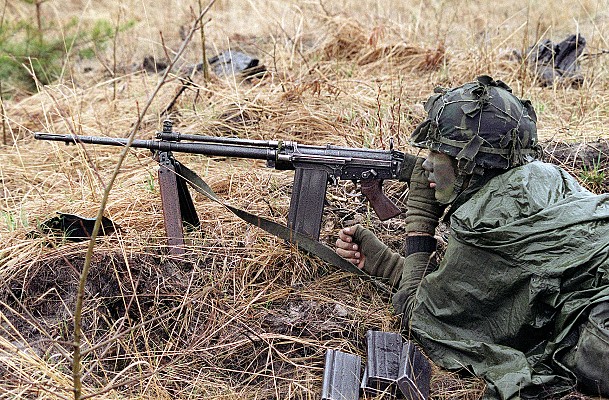 FALO 50.41
Variant of the FALO with fixed synthetic stock, while the short handguard is still made of wood.
FALO 50.42
Variant of the FALO with fixed wooden stock. The wooden stock is heavier than the version with synthetic stock. This makes this variant less portable, but more controllable in automatic fire.
L2A1
Commonwealth modified production model of the FALO. Issued with 30 round magazines and heavier bipod. Wooden panels on the bipod act as forearm when the bipod is stowed. Otherwise, the full length of the barrel is exposed to improved cooling. About 10.000 produced. 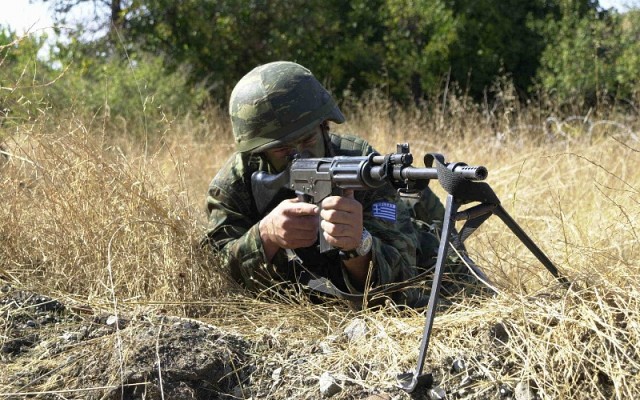 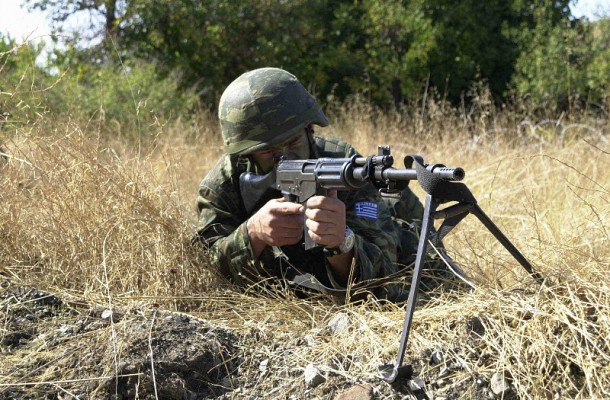 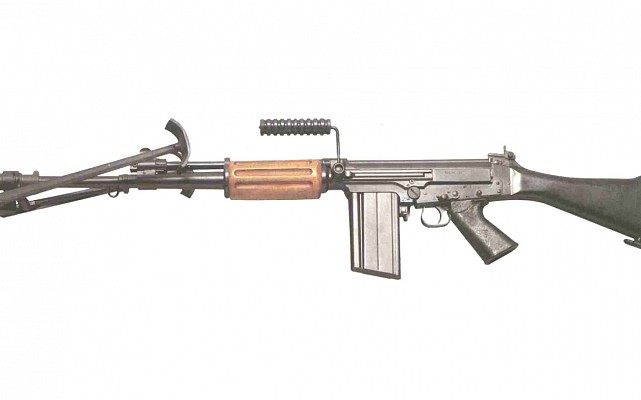 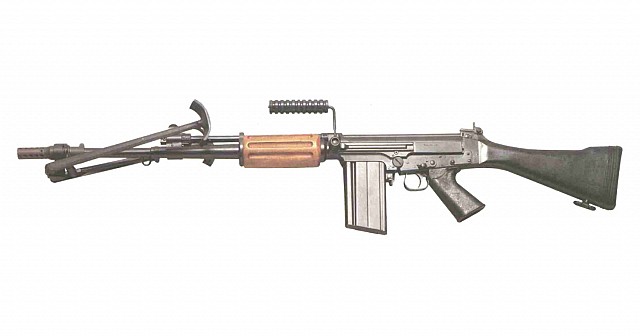 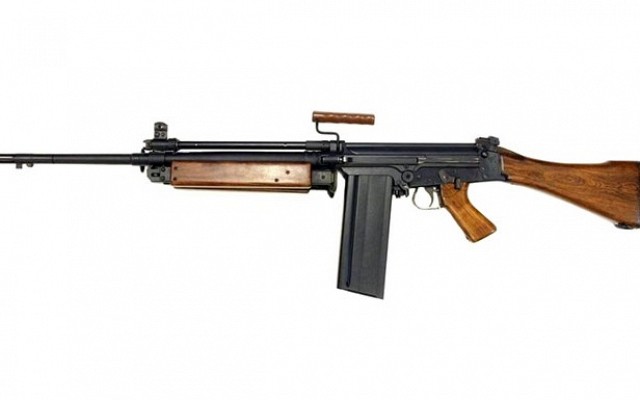 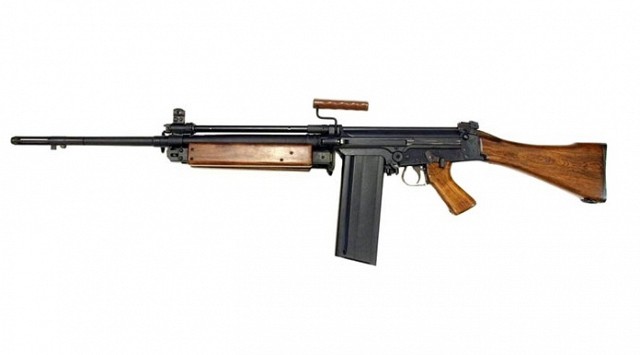 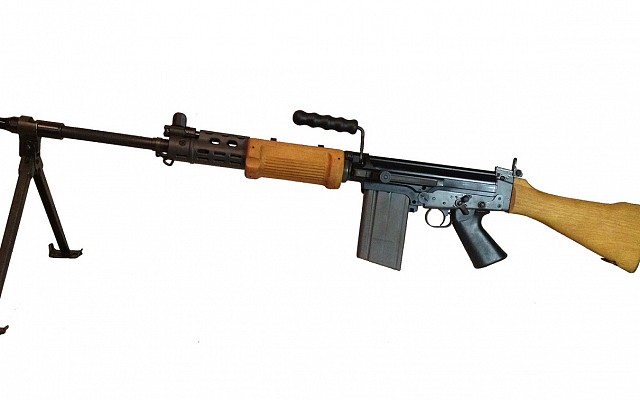 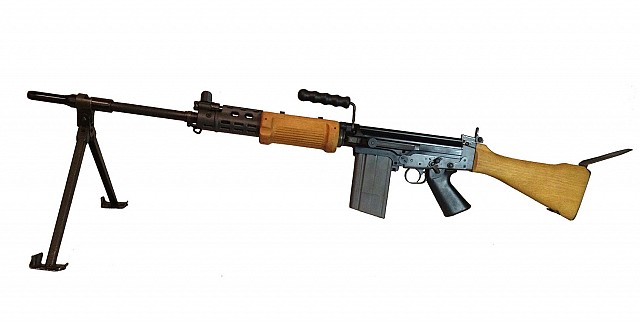 The FALO is a light machine gun variant of the FAL. Both weapons are very similar, with the FALO having a heavier barrel and bipod.