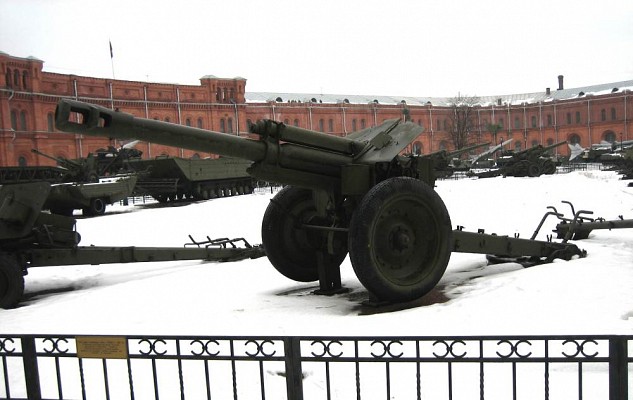 The D-1 is a World War 2 era towed howitzer of Soviet origin. It was developed as a lighter and more mobile alternative to the ML-20 and as a follow on to the M-11. Production continued for several years after World War 2. It was produced under license in China as the Type 54.

The D-1 can be considered a mix between the M-30 and M-11. The two wheel split trail carriage used with the M-30 is mated with the 152mm ordnance used in the M-11. This makes the D-1 much lighter than contemporary weapons with similar caliber, albeit with a somewhat lower performance. A shield gives the crew of 8 some protection from small arms fire over the frontal arc.

The D-1 fires powerful 152mm shells from its short 27-caliber ordnance with double baffle muzzle brake. The maximum rate of fire is 3 to 4 rounds per minute. The maximum range is 12.4 km

The limited weight makes that the D-1 can be towed by truck rather than by artillery tractor. Despite its limited weight it is still too heavy to be manhandled.

The D-1 was used by Soviet forces during World War 2. It remained in Soviet and East Bloc service for several decades. It was exported to various nations with ties to the USSR and it was used during various Middle Eastern conflicts. Nowadays several dozen remain in limited reserve use in various parts of the world. 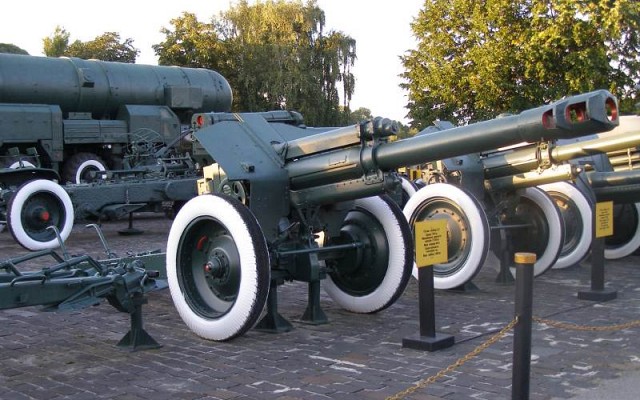 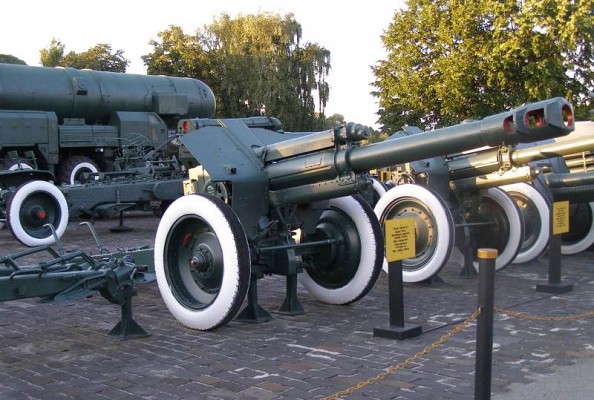 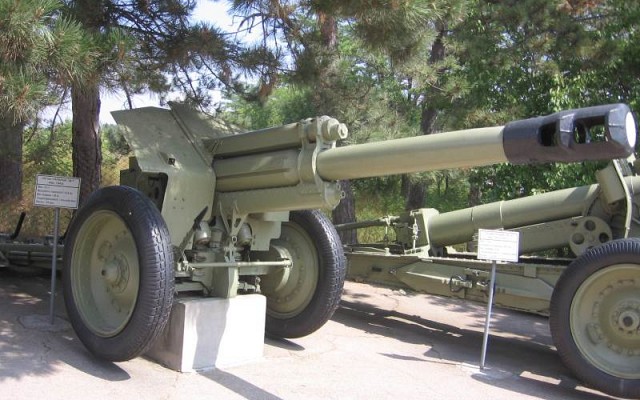 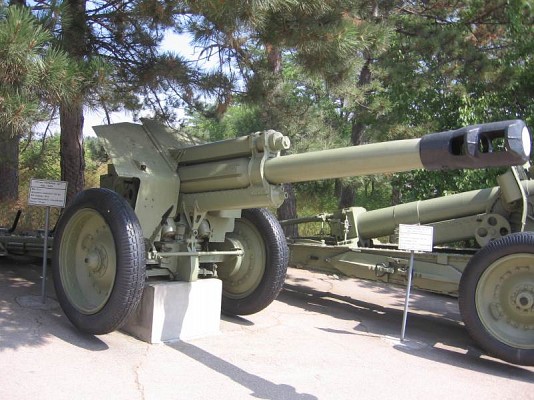 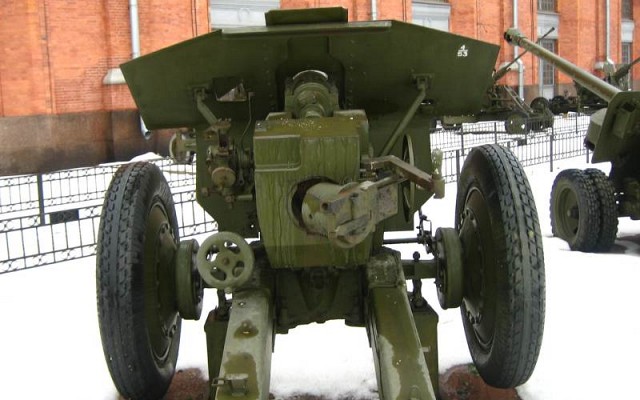 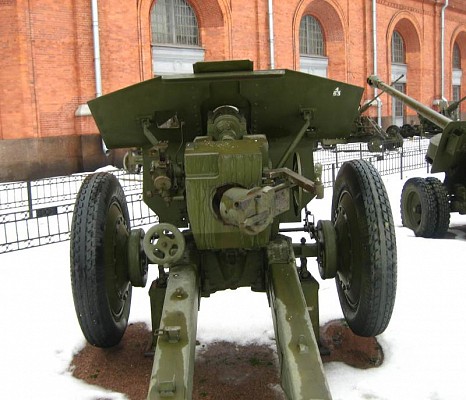 In Soviet service the D-1 was supplemented and replaced by the newer D-20. 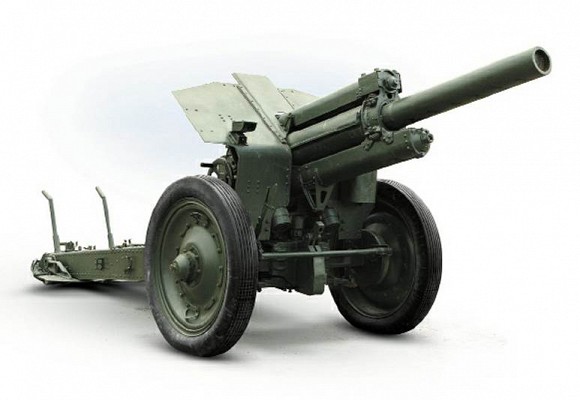 The D-1 uses the same carriage as the 122mm M-30. Both howitzers were produced at the same Soviet factory.