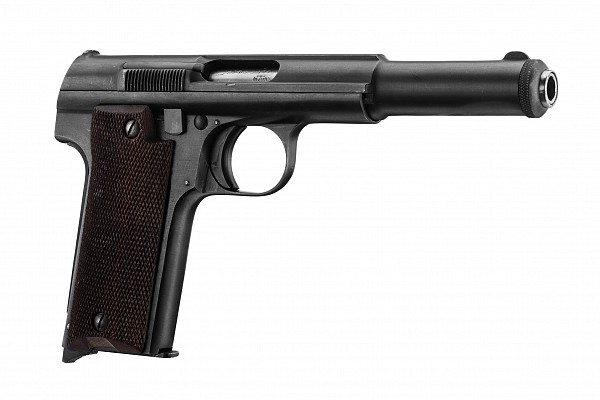 Right side view of Astra 400 pistol.

The Astra M400 is a pre-World War 2 era pistol of Spanish origin. It was developed by the Asta-Unceta company in the early 1920's to replace the Campo-Giro pistol in Spanish service. The tubular design of the slide provides for an iconic appearance.

The M400 is somewhat unique in being a blowback operated pistol. Often the 9x19mm Parabellum cartridge is considered the turning point where a locked breech is favorable over blowback operation. The M400 is chambered for the Spanish 9x23mm Largo round, which is even more powerful. In order to function safely the slide is heavy and sturdy, and the recoil spring is stif. The M400 is a single action pistol. Sights are simple and non-adjustable. The single stack magazine features a heel release.

The M400 is a semi-automatic pistol that fires the 9x23mm Largo round from an 8 round magazine. Usually a heavy firearm results in mild recoil. However, in the M400 the slide is heavy and main spring is stif, making the weight a disadvantage while shooting.

The Astra 400 was the standard issue sidearm for several decades, including the Spanish civil war. In Spanish service the Astra 400 was replaced by the Star Model A. During World War 2 the Nazi German Luftwaffe was a major user of the Astra 400, 300 and 600. Production ran until 1950, with various small orders going to Africa. 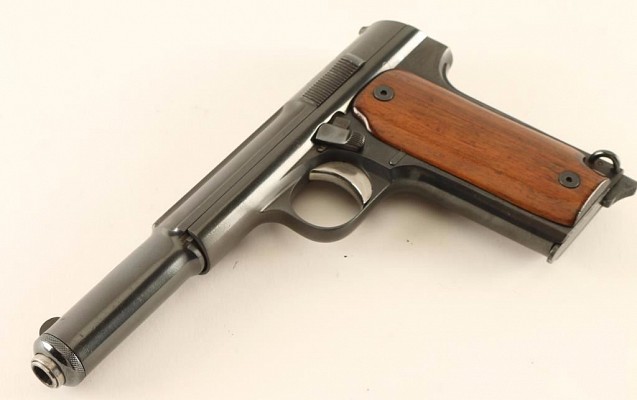 The M400 was the first production model and was the most numerous of all variants produced. It is chambered for the 9x23mm Largo round. As such it is the largest and heaviest of the Astra pistols. 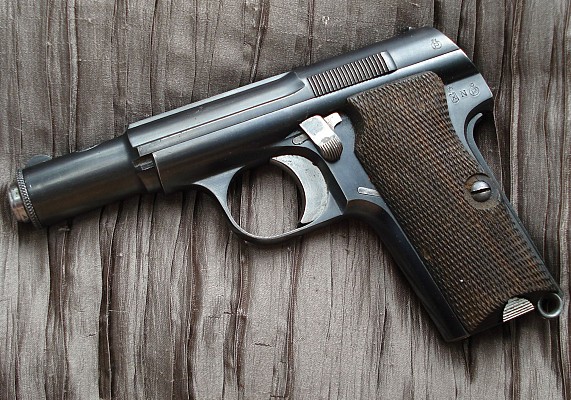 The M300 is a scaled down version of the M400. The M300 could be made much smaller since it fires weaker types of ammunition. It could be chambered in either .32 ACP or .380 ACP, with a magazine capacity of 7 and 6 rounds respectively. 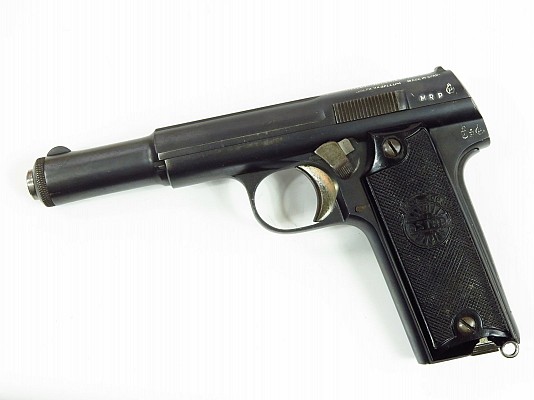