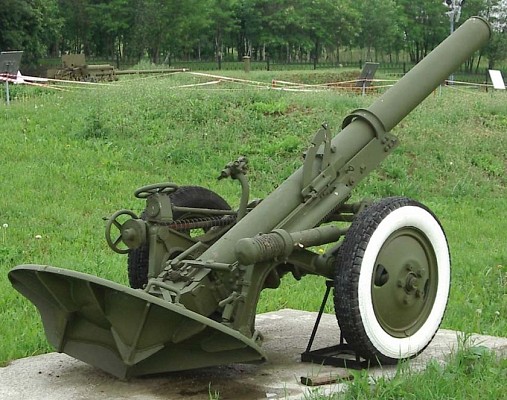 The 160mm PM-43 is a World War 2 era heavy mortar of Soviet origin. It was developed in World War 2 as a simple and reliable solution for heavy shelling. It is one of the heaviest mortars that has been produced in large quantities.

The design started out in 1942 as an upscaled 120-PM-38 mortar. Muzzle loading the heavy shells was found impractical. The design was radically changed to a breech loading mortar. When loading a shell the barrel is pivoted forward and the round is inserted from the rear. A large circular baseplate provides stability. The two wheels of the fixed carriage serve as a bipod in the firing position.

The 160-PM-43 was adopted by the Soviet Union and used during the final stages of World War 2. Over 500 were produced during World War 2, with about half that number serving in combat. Total production was over 1.500 units. The 160-PM-43 was exported in small numbers to a wide range of Soviet allies. It was used by Egypt in the 1967 and 1973 wars with Israel. In Soviet service the 160-PM-43 was supplemented by the more capable M160 mortar, which was adopted in 1949. 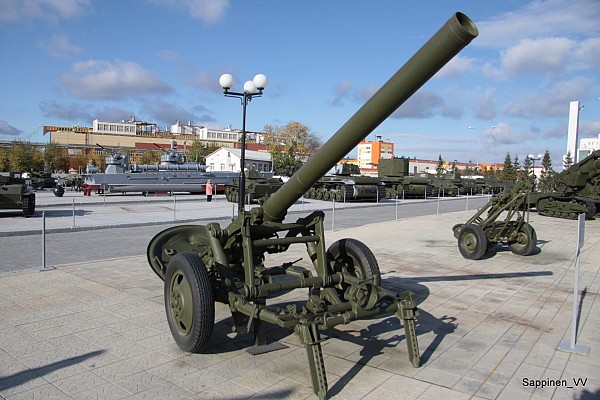