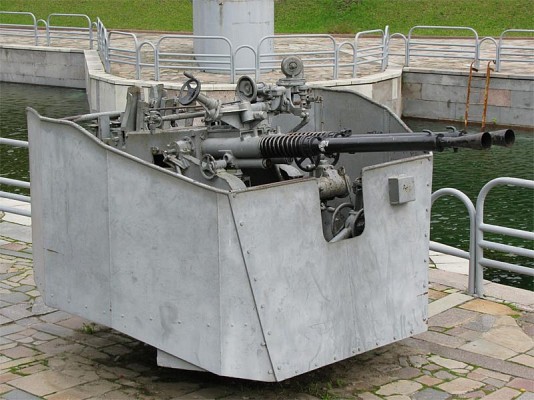 The V-11 combines two 37mm anti-aircraft guns and adds a water cooled sleeve. This allows for a burst length of about 100 rounds before overheating, which is significantly more than the air cooled 70-K. The crew on the mount consists of two gunners and two loaders. The open roof gun mount provides a degree of protection against splinters.

The V-11 is armed with two water-cooled 37mm autocannon which are fed from 5 round clips. Cyclic rate of fire is 300 - 360 rpm cyclic for both guns combined. Depending on the type of ship 2.000 rounds or more were carried per mount. Anti-aircraft ceiling is 4 km and the maximum range against surface targets is 5 km. Practical range is about 3 km in both areas.

In the early Cold War era the V-11 mounts were found on many Soviet destroyers and cruisers. On minesweepers, landing ships and auxiliary vessels over 1.000 mounts remained in Soviet navy use in the 1980's. The V-11 was also produced as the Type 61 in China and was used on various types of ships, ranging from small motor gun boats to destroyers. 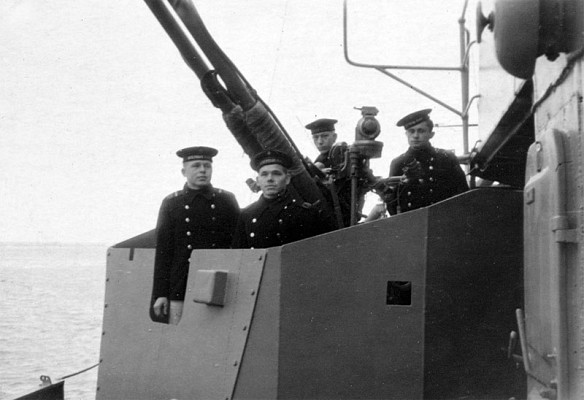 Rear view of 37mm V-11M naval gun mount on display in a museum. 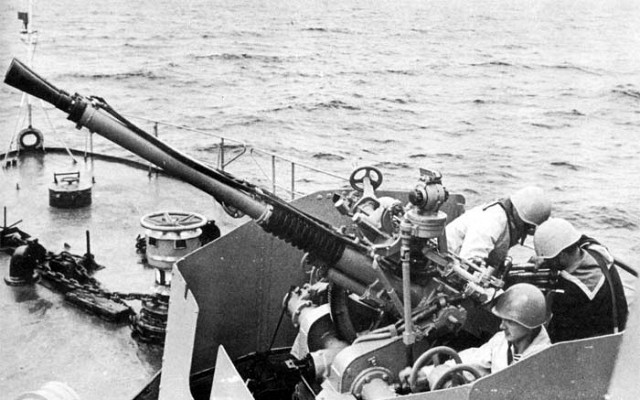 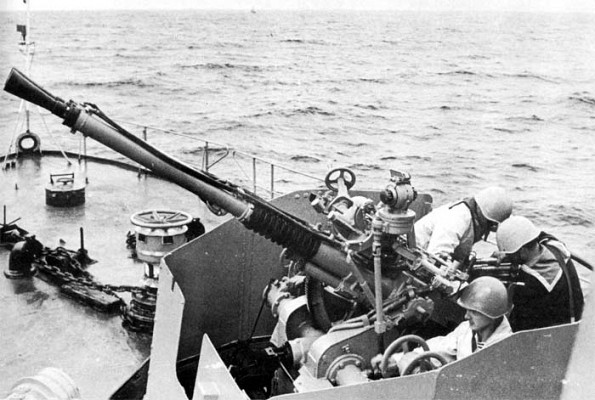 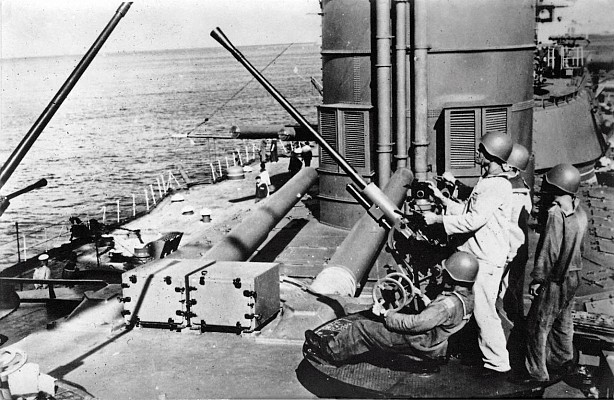 The V-11 was developed during World War 2 as a more capable naval anti-aircraft gun than the air-cooled single barrel 70-K.