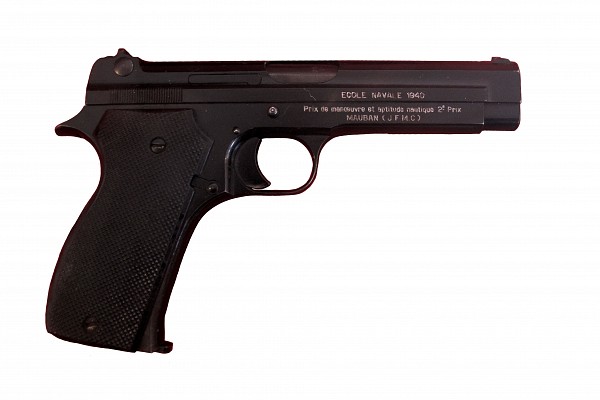 The Mle 35A is a pre-World War 2 era pistol of French origin. It was developed in the mid-1930's by Charles Petter for a French army requirement. The Mle 1935A produced by SACM was selected for service. Due to shortages the competing MAS Mle 1935S was pressed into service as well. A roughly equal number of both guns have been produced.

The Mle 35A design is heavily influenced by the M1911. Charles Petter improved the locking mechanism and omitted the barrel bushing. This locking mechanism is found on many pistol designs and is nowadays known as the Browning/Petter mechanism. The pistol is made out of metal and features plastic grip plates. A single stack 8 round magazine is used.

The Mle 35A is a single action semi-automatic pistol. It fires the French 7.65x19.5mm Longue round from an 8 round magazine. The accuracy was reportedly very good and it was deemed effective out to 50 meters.

The Mle 35A was selected in 1937 to become the new French standard issue service pistol. The Mle 35A was extensively used during World War 2 by both French and German forces. After the war it remained in French service and ended up with many ex-French colonies. In the French military it was replaced by the Mle 50 in the 1960's and the police used it until the 1980's. 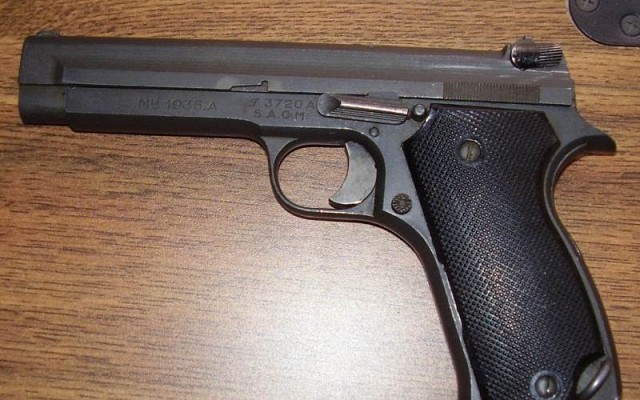 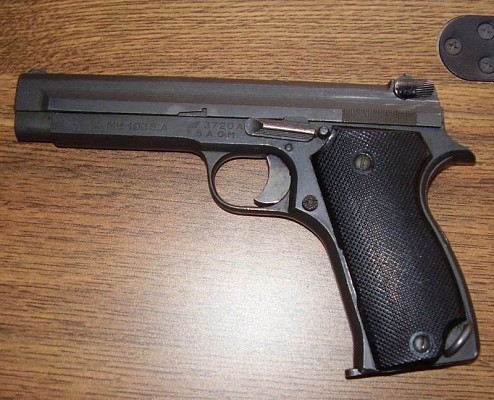 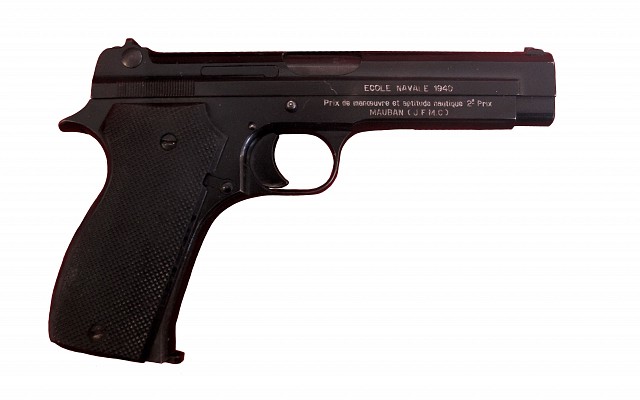 Right side view of French Mle 35A pistol. 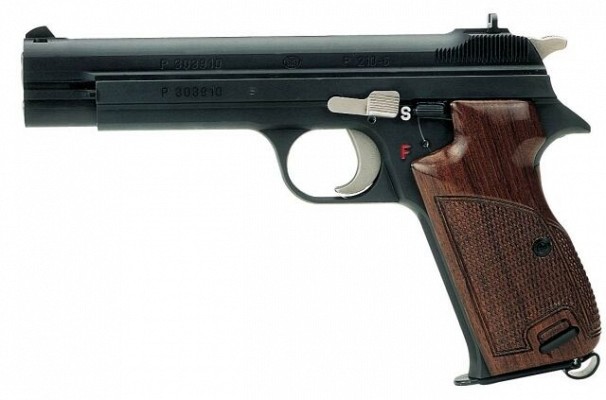 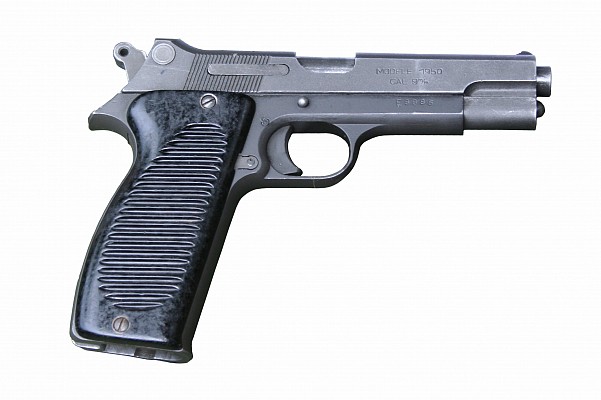