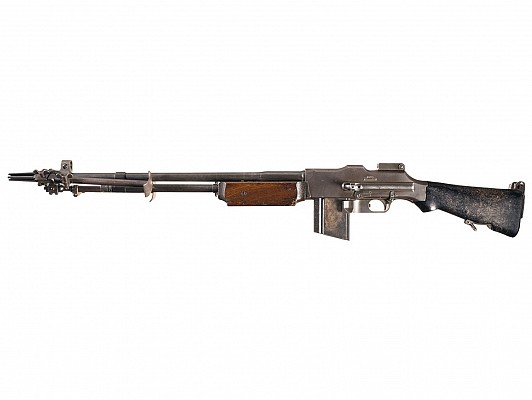 The BAR is a pre-World War 2 era light machine gun of US origin. The BAR was developed by John Browning in 1917 and was actively used until the mid 20th century. The name BAR stands for "Browning Automatic Rifle", but it is also known under the US military designation M1918. Aside from the M1918 pattern various law enforcement and military derivatives of th

The BAR is a magazine fed gas operated automatic weapon. Although classified by modern standards as a light machine gun, it was conceived as an automatic rifle, just as the name implies. The BAR was to bring man portable and highly mobile firepower, whereas machineguns at that time were still It features a large metal receiver with a short wooden forearm. The long barrel is fully exposed for better air cooling. Most BAR have a wooden stock, but the latest models were fitted with a plastic stock.

The BAR fires the .30-06 round from a 20 round magazine. Early versions were select fire. Later versions were fully automatic only, with a selectable slow and high rate of fire of about 400 rpm and 650 rpm respectively. Due to the weight and limited rate of fire the BAR is quite controllable. The effective range is well over 400 meters against point targets.

The BAR was widely used before World War 2 and was actively used by various nations during World War 2, most notably by the United States. After World War 2 the BAR quickly became obsolete with the widespread introduction of battle rifles and general purpose machine guns. In some nations the BAR was used until the 1980's. 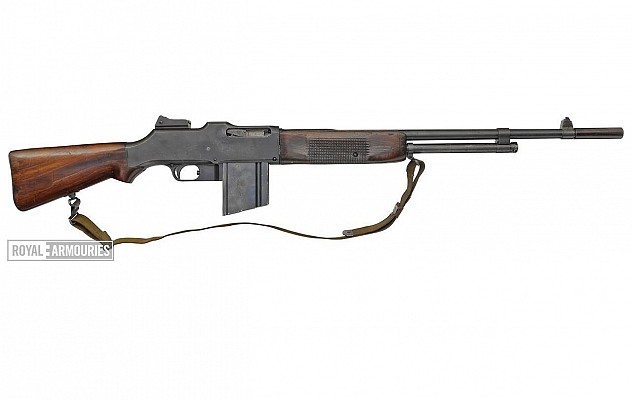 Original US military version of the Browning Automatic Rifle, first adopted in 1918. This original version was fully envisioned as an automatic rifle, being fired from the shoulder or the hip. The M1918 is also the only model without any bipod. This version is also select-fire, firing semi-automatic or fully automatic. 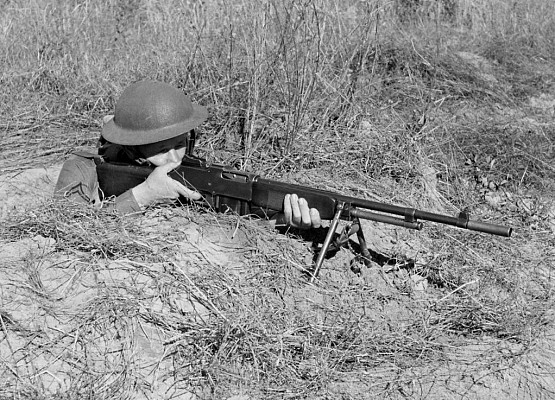 The M1918A1 is a modified version of the Browning Automatic Rifle that is designed to make it more suitable in the light machine gun role. A spiked bipod is added just in front of the handguard and a hinged butt plate is added as well.

This version of the BAR was not produced new, but was converted from existing stock of M1918. Being adopted in 1937 relatively few M1918 were converted to A1 standard before adoption of the M1918A2. 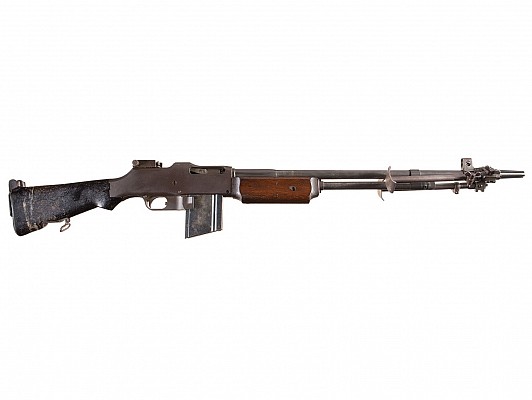 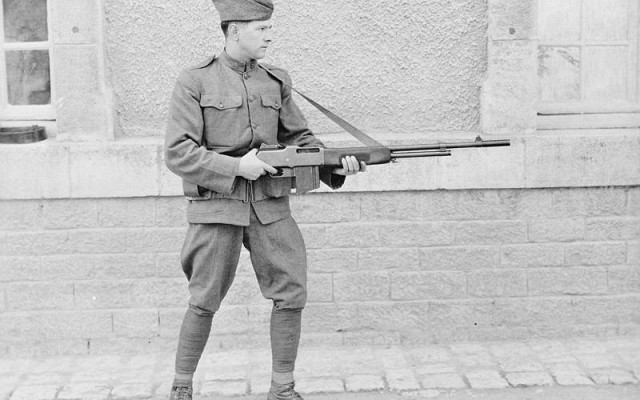 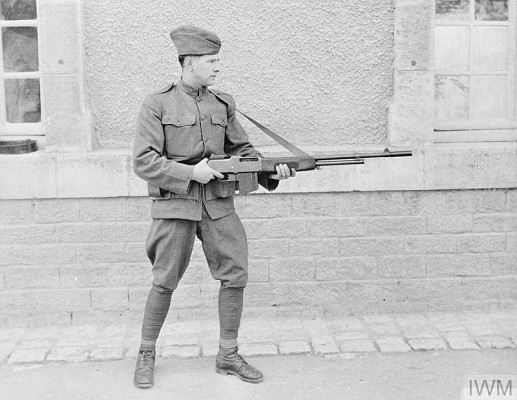 A US soldier in France demonstrates a Browning Automatic Rifle in November 1918. 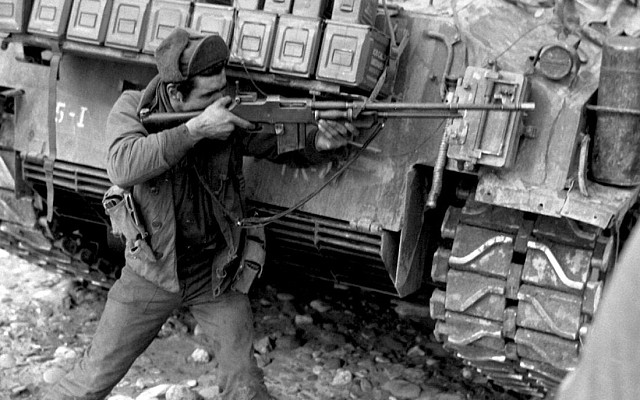 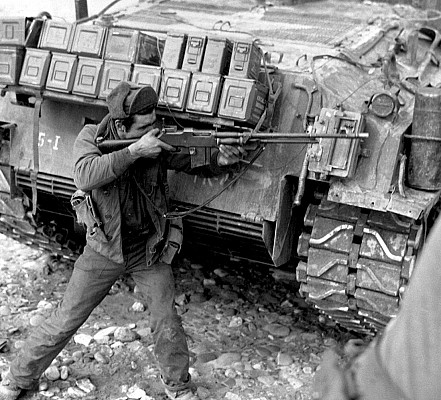 US soldier taking aim with a M1918A2 pattern Browning Automatic Rifle in 1951 during the Korean war. 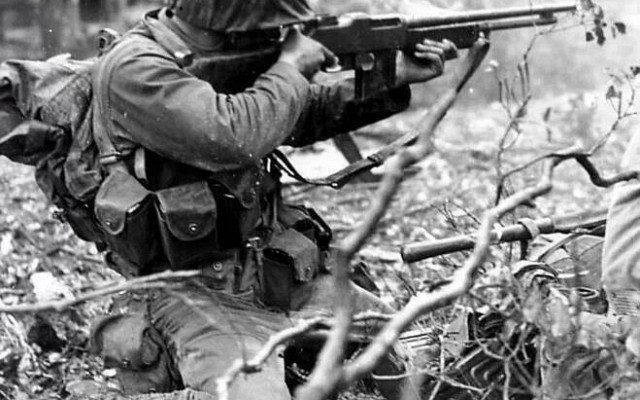 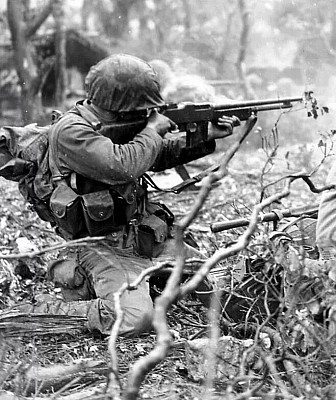 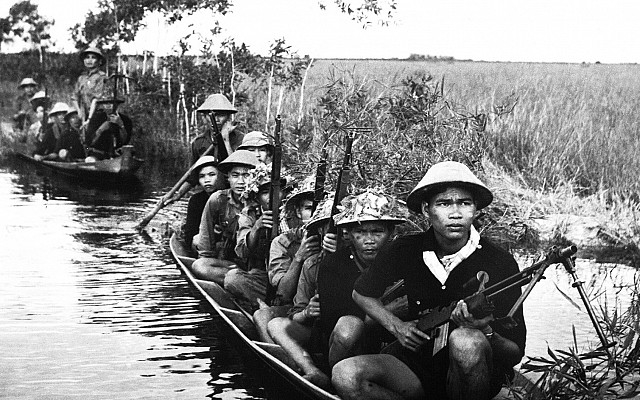 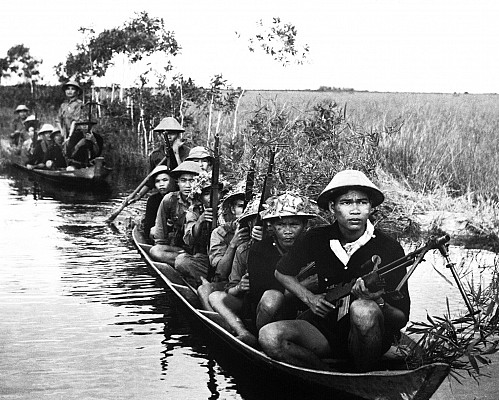 Derivatives of the BAR design 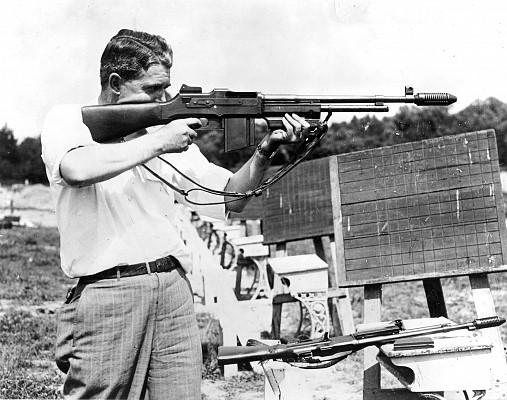 The Colt Monitor is a derivative of the BAR for law enforcement use. This iconic weapon was produced in limited numbers 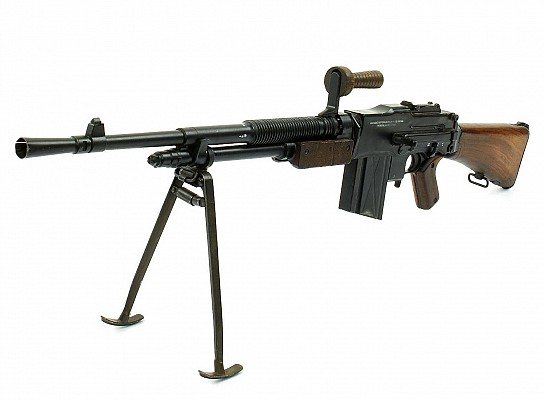 Further development of the Browning Automatic Rifle by FN of Belgium as a light machine gun. Features a quick change barrel.

The BAR was used alongside the belt-fed M1919A4. This tripod mounted machine gun is much less portable than the BAR. 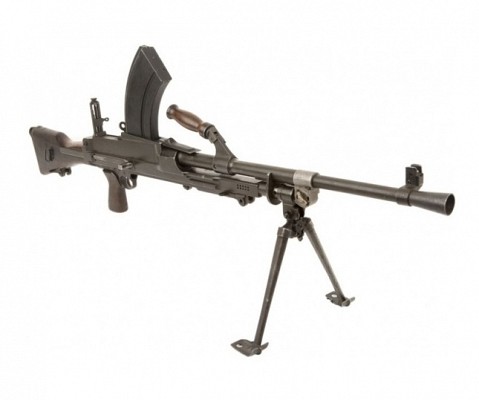 The Bren fulfilled a similar role during World War 2 for Commonwealth forces as the M1918A2 Browning Automatic Rifle for US forces.