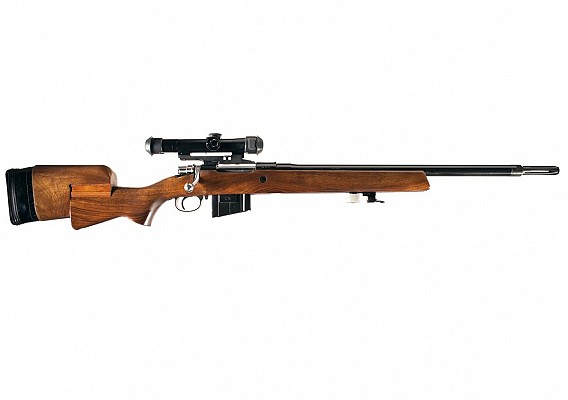 Right side view of a FN 30-11 sniper rifle on the US civilian market. Note the 10 round FAL magazine and wooden spacers used to adjust the height of the comb.
Source: www.icollector.com - © Copyright lies with original owner

The FN 30-11 is a late Cold War era sniper rifle of Belgian origin. It was developed by Fabrique Nationale for law enforcement use. The 1972 Munich Olympics was the primary reason for its developed, which is also the case for various German rifles such as the Heckler & Koch PSG-1, Walther WA-2000 and Mauser SP66.

The FN 30-11 builds upon FN's experience in producing Mauser Model 30 bolt-action rifles. The FN 30-11 uses a Mauser 2-lug bolt design, but is not a regular Mauser rifle fitted with a scope. It uses a free-floating heavy barrel design. The heavy bipod is attached to the wooden forearm. At first a FN MAG bipod was used, with the Bren bipod used at a later stage. An optics mount by Anschutz was added and various types of optics were uses. These were mainly fixed magnification 6x42mm scopes of various vendors.

The FN 30-11 fires the 7.62x51mm NATO round from a 5 round internal magazine. Some rifles feature a 10 round detachable box magazine. As a bolt-action rifle the rate of fire is rather slow. Accuracy was reported as good. Maximum effective range was listed as 800 meters.

The FN 30-11 was mainly marketed for law enforcement use. In Europe it was acquired by Belgium, Luxembourg and very briefly by the Netherlands in this role. It was also sold abroad, mainly in South America, including for military use. The FN 30-11 found it difficult to compete with some of the competitors built in Germany. The PSG-1 and WA-2000 were capable of good accuracy and had the added benefit of being semi-automatic, thus capable of quick follow-up shots. 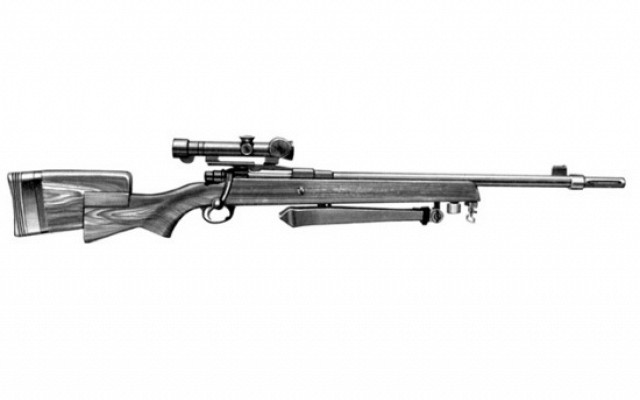 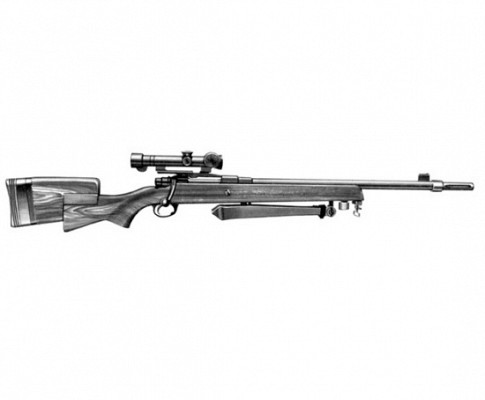 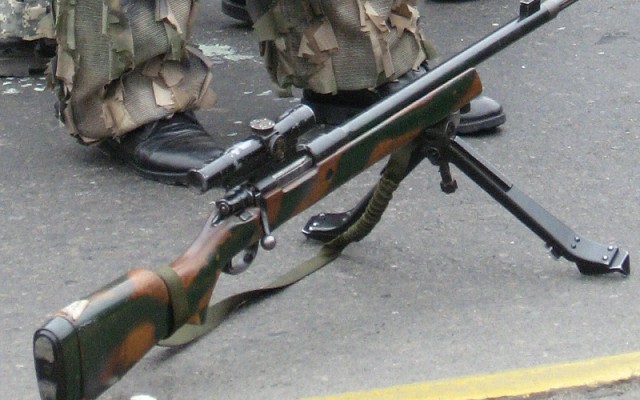 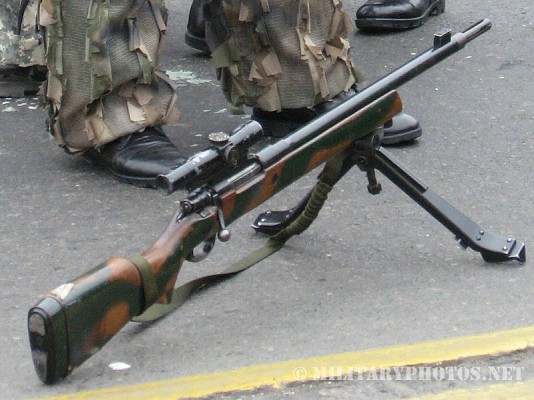 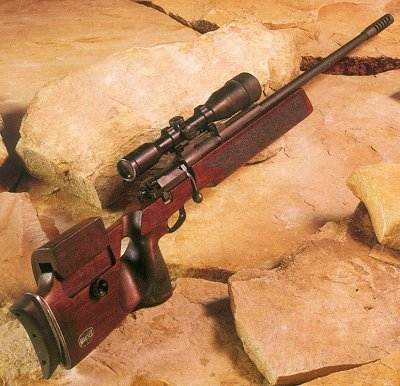 The FN 30-11 uses the Mauser 2-lug bolt design. The actual Mauser company of Germany also developed a bolt-action sniper rifle for law enforcement and counter terrorism use: the SP66. 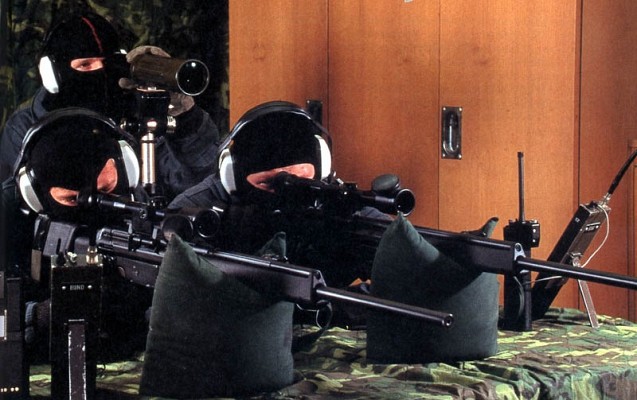