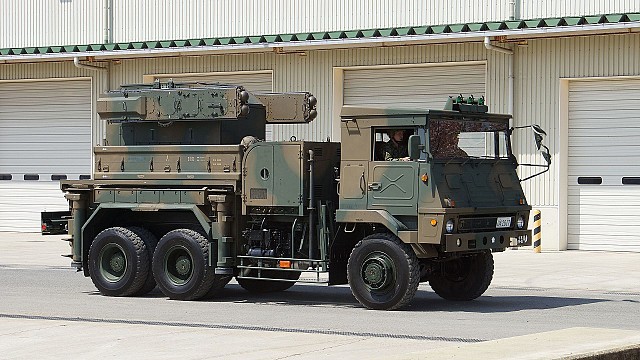 The Tan-SAM system consists of a fire control vehicle equipped with radar and two launch vehicles. The launch vehicles can have up to four missiles ready to launch but are often seen with just two. The total crew of a Tan-SAM system totals 15. All vehicles are based on the Type 73 6x6 truck and are unarmored.

The radar vehicle is used to detect the targets and to provide data for the missiles. Upon launch the missiles are fired in the direction of the target and after an inertial flight pattern the missile acquires the target and intercepts it. The original Tan-SAM missile has an infrared seeker and the newest model uses an active radar seeker. Each launcher has an optical director that allows the missiles to be fired without fire control information.

The Type 81 Tan-SAM missile system is based on Type 73 6x6 trucks. This makes the system very mobile on roads, with the mobility in the field being limited. The system is not able to fire on the move and takes about 30 minutes to set up.

The sole operator of the Type 81 is Japan. It was adopted by all three branches of the military. Over recent years several improvement programs have been carried out, resulting in the improved Tan-SAM kai. The Tan-SAM is not offered for export. The Type 81 launch vehicle is based on the Isuzu Type 73 6x6 truck. The launcher has two arms on which two missiles can be attached, one on top and one below. A datalink provides the missile with information given by the fire control vehicle before launch. Reloading the missiles takes about 3 minutes. 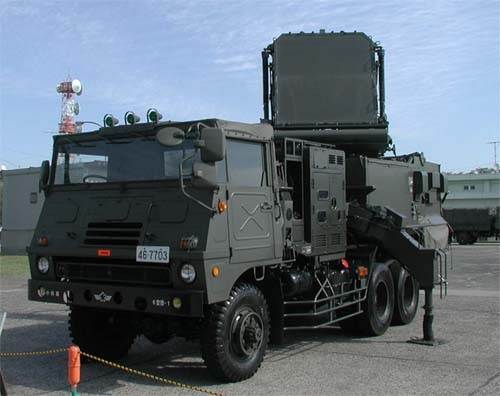 The Tan-SAM is a conventional missile with cruciform wings in the middle and at the rear. Unlike most vehicle launched systems it uses an infrared seeker, which is more common on shoulder launched missiles. Inertial navigation is used to extend the effective range beyond the range of the infrared seeker. 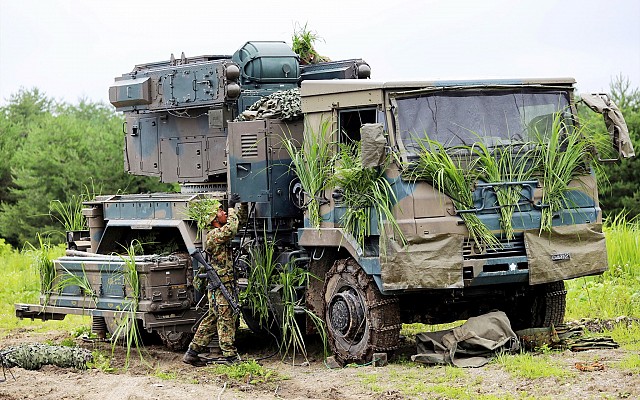 Launch vehicle of the Type 81 Tan-SAM system seen in the field. Note the chains on the wheels and the platform for reloading the missiles. 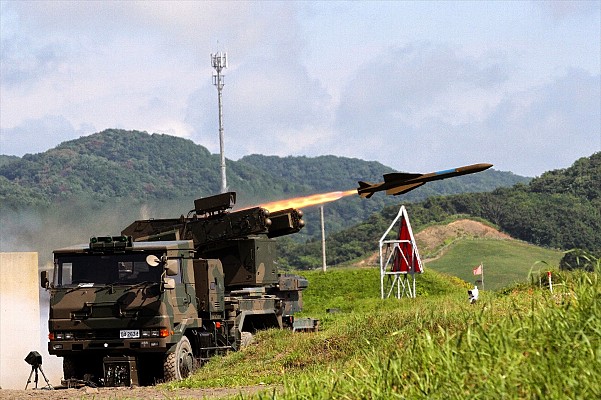 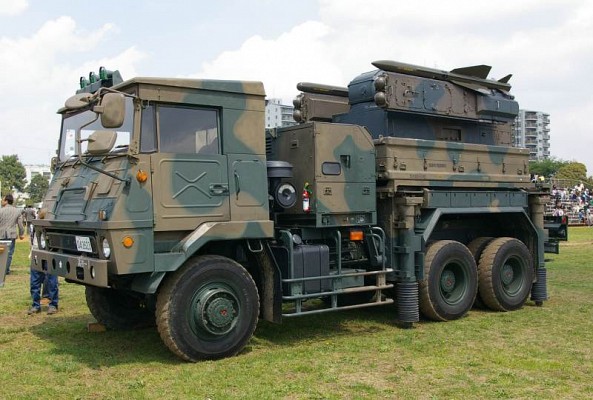 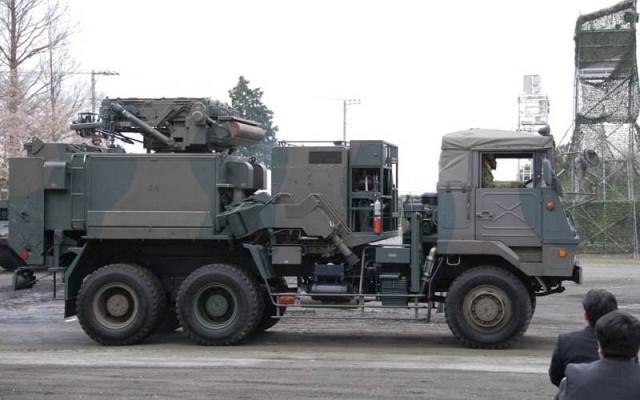 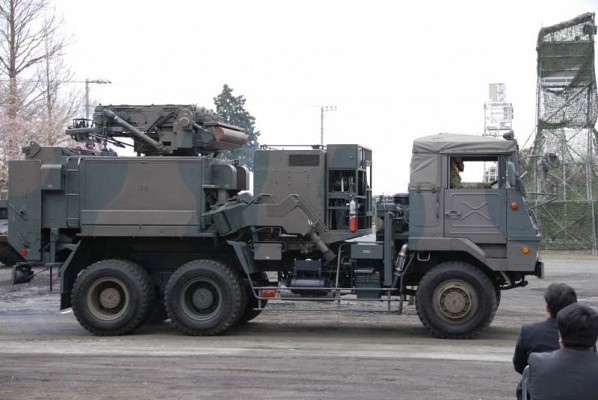 Tan-SAM fire control vehicle on the move with radar in stowed position. Type 81 missile on public display in 2008. Note the associated storage crate next to it on the ground. Two Type 81 Tan-SAM missiles seen on the launch rails with the rounded infrared seeker on the left and the pointed active radar homing seeker on the right. Close-up view of the optical tracker that allows the Tan-SAM missiles to be fired without radar input. 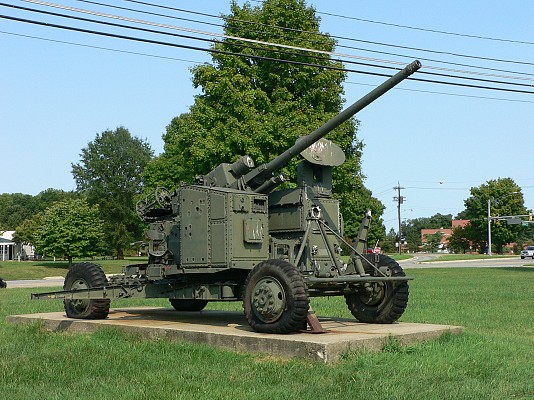 The Tan-SAM was developed as replacement for the 75mm M51 Skysweeper towed anti-aircraft gun.