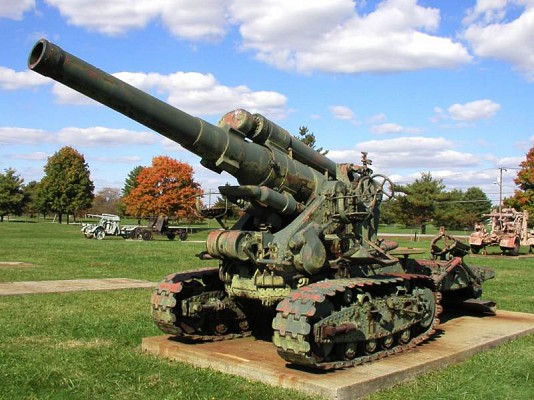 Forward view of B-4 in a museum.
Source: User listentoreason @ www.flicker.com - © copyright lies with original owner

The B-4 is a World War 2 era heavy gun of Soviet origin. It was developed prior to World War 2 for shelling fortified positions. It was used successfully during World War 2, even though its mobility was limited.

The B-4 is a heavy gun with short barrel large caliber ordnance without muzzle brake. The box chassis angles downwards culminating in a spade, providing a stable firing position. Unlike most towed guns it has tracks. The tracks keeps the ground pressure low enough to move the B-4 over any terrain. The tracks also limit the maximum speed.

The B-4 fires heavy 203mm shells with enormous explosive power. The maximum range is a modest 18 km due to its relatively short barrel. The rate of fire is rather limited at one round every 1 or 2 minutes.

At the time of development there was not much care for mobility due to the static warfare of World War 1. The towing speed is 5 to 15 km/h. The limited mobility caused by the weight and the tracked chassis proved to be a serious disadvantage during World War 2. The upside of a tracked chassis is a lower ground pressure. This allows the B-4 to cross terrain other heavy guns could not pass.

The B-4 was successfully used by Soviet forces during World War 2 against fortified German positions. After World War 2 all remaining guns were refurbished. Later on many were fitted with a wheeled chassis, and were known as the B-4M. 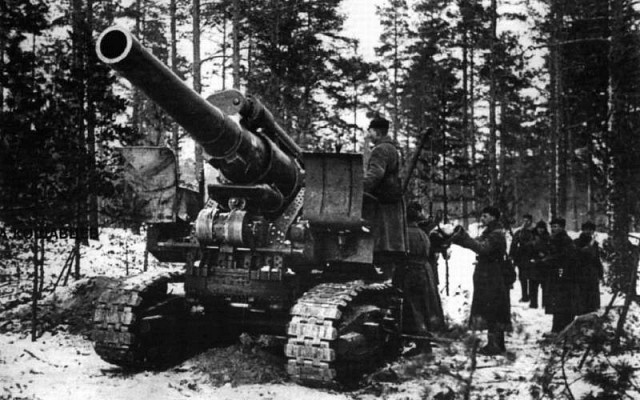 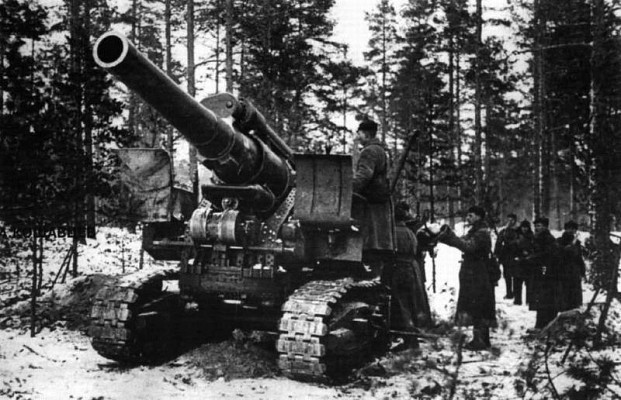 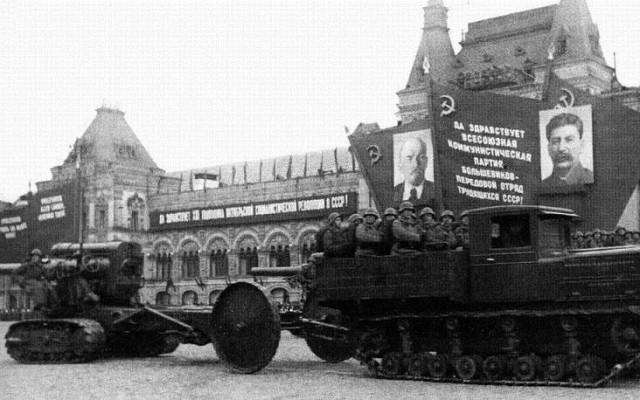 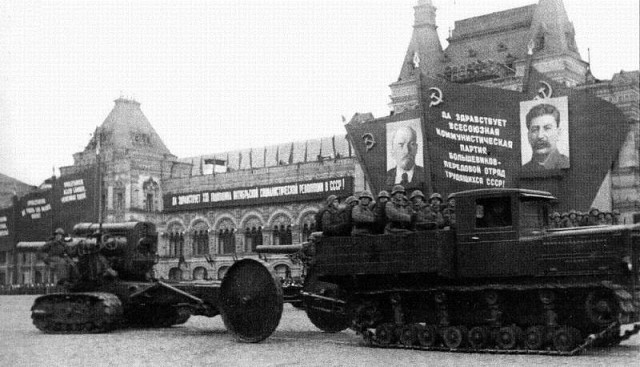 Soviet B-4 towed during a Soviet parade. 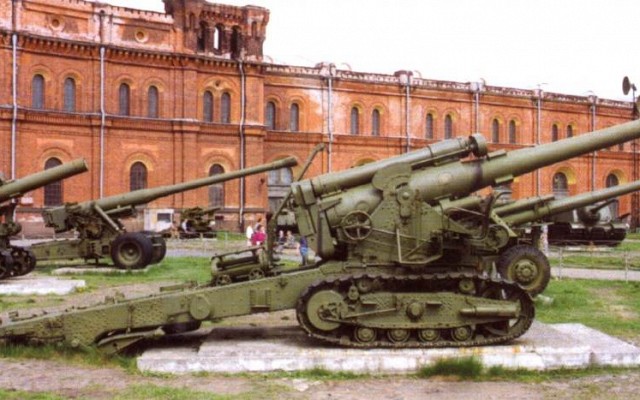 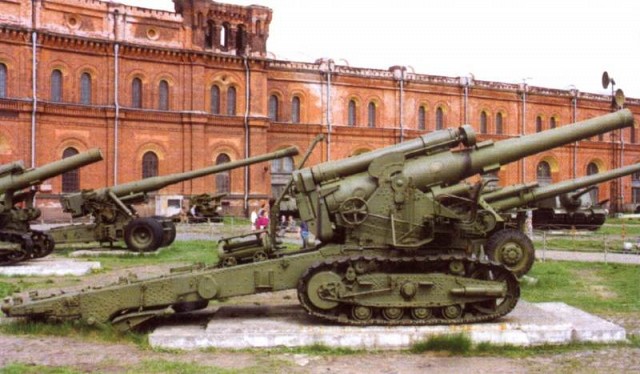 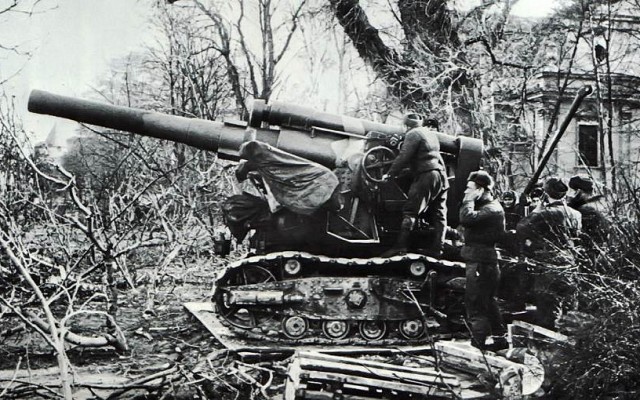 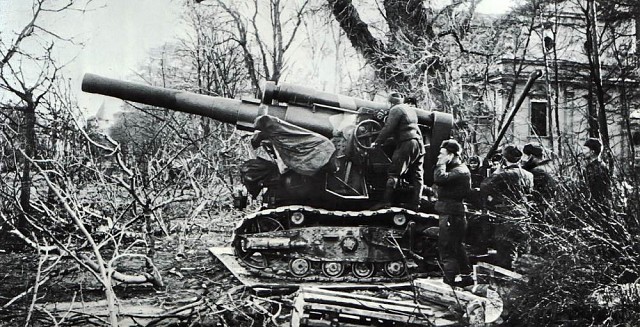 Soviet B-4 heavy towed howitzer in use during World War 2. 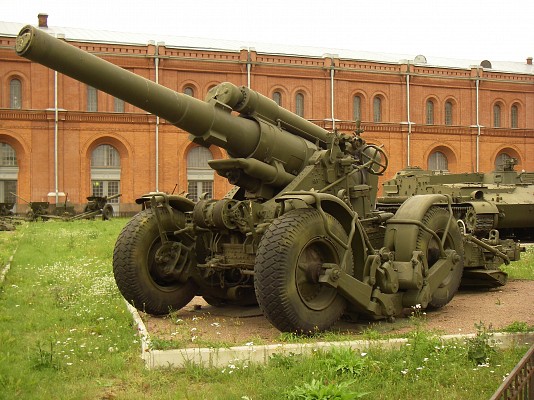 At least 105 B-4 were upgraded to B-4M standard by replacing the tracks with a wheeled chassis.