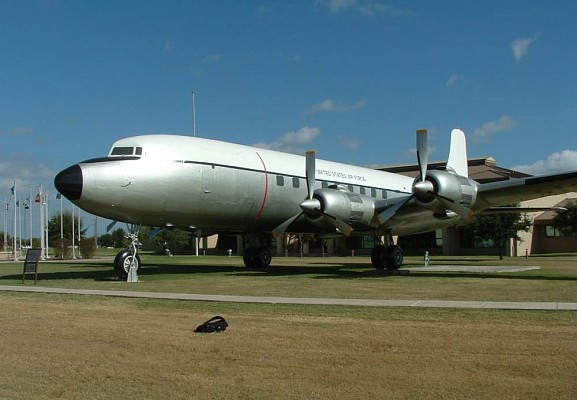 The C-118 Liftmaster is an early Cold War era transport aircraft of US origin. Development started in 1944 as US forces requested a more capable version of the C-54 Skymaster. As World War 2 ended no military orders were placed but civilian production started in 1946 under the name DC-6. In the early 1950's military interest was renewed and many C-118 served well into the 1960's.

The C-118 is based on the earlier C-54 but has been improved in various areas. The C-118 is larger, has a pressurized cabin and uses more powerful and economic engines. The layout remains conventional with four Pratt & Whitney radial engines on the non-swept low mounted wings and a relatively thin body.

The C-118 military transport is based on the DC-6A freighter and has a large cargo door. It may carry 12 t of cargo or 60 combat troops. The civilian DC-6B has also been acquired by various militaries. The DC-6B is a passenger aircraft which seats between 54 and 102 passengers depending on seating configuration.

The main military users were the United States Air Force and Navy. The C-118 and DC-6 were exported all over the world, but were most common in Europe and South America. Since the 1960's most have been replaced by other military and civilian transport aircraft, although in foreign service some were used well into the 1980's. 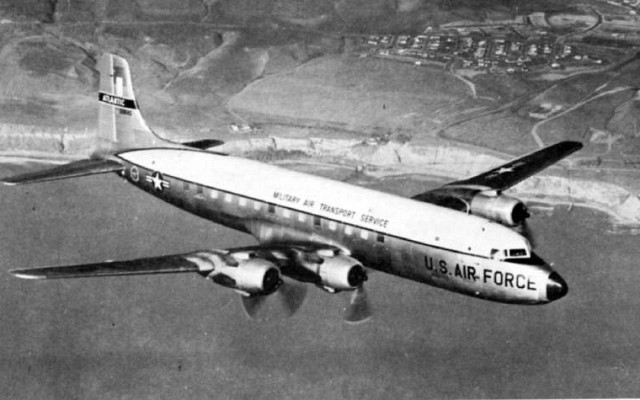 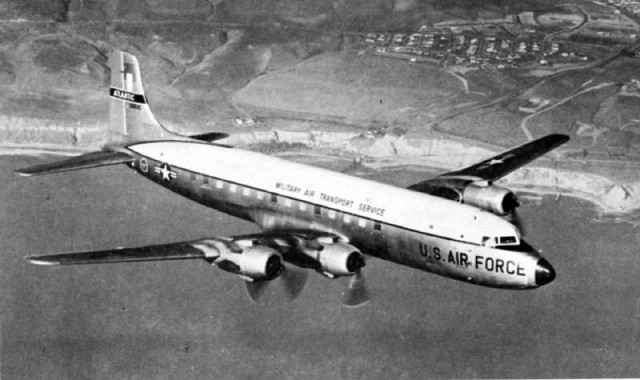 An US Air Force C-118A Liftmaster in flight. 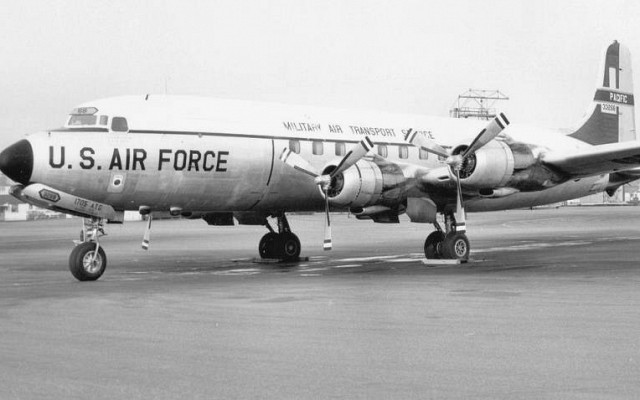 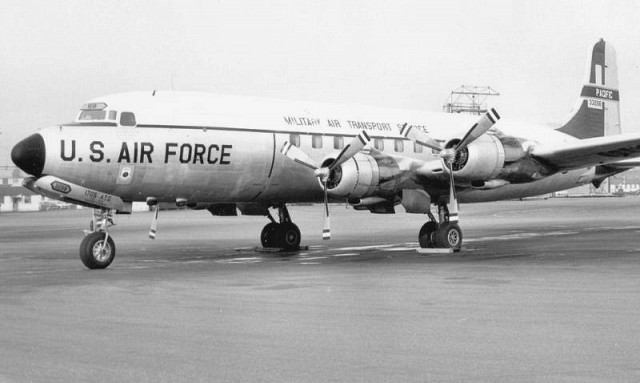 An US Air Force C-118A Liftmaster parked on the tarmac.