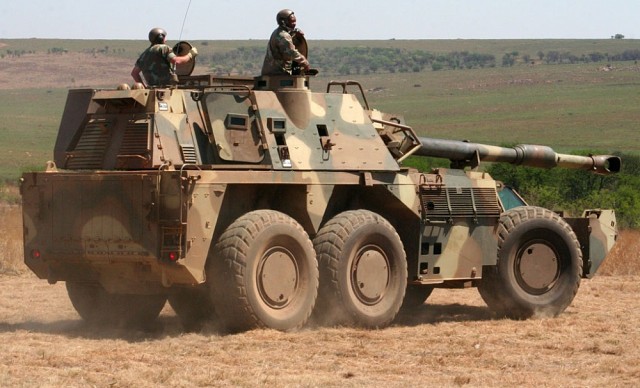 The G6 is a unique vehicle and is one of the heaviest wheeled combat vehicles. The driver is seated at the front with the engine behind him. The turret is fitted at the rear and houses the commander, gunner and three loaders. Due to the wheeled chassis outriggers are required to provide a stable firing platform.

The G6 is fitted with a 45-caliber 155mm howitzer. This provides the G6 with a long range and good accuracy. Standard rounds are fired out to 30km, base bleed round out to 39km and rocket assisted round out to 50km. The maximum rate of fire is A total of 45 rounds are carried in the vehicle. The G6-52 is fitted with a L/52 ordnance and improved loading system. A machine gun is fitted to the turret roof for self-defense.

The G6 is operated from under full armor protection. The steel hull protects the crew from small arms fire and shell splinters. Over the frontal arc it is protected against 14.5mm rounds. The G6 is mine resistant but not as well as other South African vehicles as it has no V-shaped hull. NBC and fire suppression systems are fitted as well as 8 smoke dischargers.

The wheeled chassis gives the G6 a very good mobility. Due to the large tires the G6 has a very good cross country performance. Both in the field and on the road the G6 is very fast. A 518 hp diesel engine provides propulsion and an APU powers the vehicle when the engine is not running.

The G6 has seen limited export sales. This is not only due to the Apartheid regime that lasted until 1994. Many Western nations opt for Western alternatives and most other nations cannot afford such a high quality system. Only a relatively small quantity has been produced and the only exports have been to the Middle East.

Variants of the G6 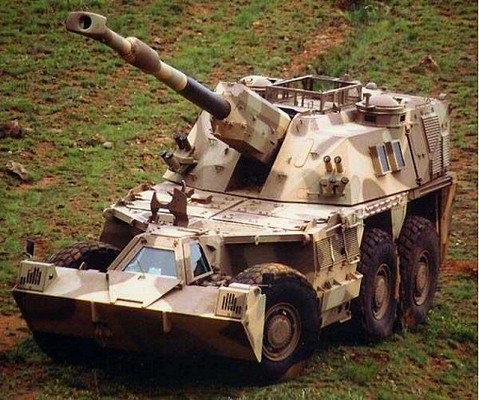 The G6 is the original production version of the G6 family and it is fitted with a 45-caliber 155mm howitzer. The G6 M1A3 has been exported to the United Arab Emirates. It features several improvements also found on the G6-52 including an increased rate of fire. South African units have been improved with many elements of the G6 M1A3 and were renamed GV6. 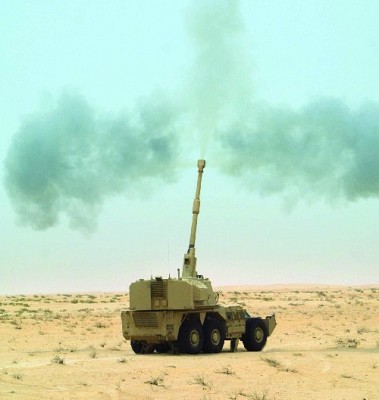 The G6-52 is an improved variant of the original G6 developed to meet the demands of modern warfare. It features a longer 52 caliber barrel which results in a much longer range. The ammunition loading system has been fully automated and the rate of fire has been greatly increased. It was available with a 23 and 25 liter chamber. The 25 liter chamber allowed for more charges and range, but now the 23 liter NATO compliant variant is most actively promoted. Existing vehicles can be upgraded with the improvements incorporated in the G6-52.