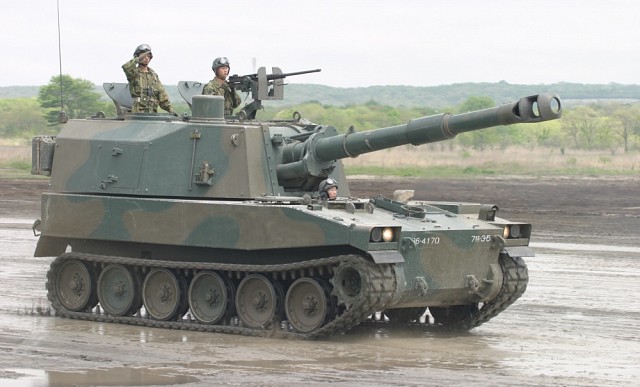 The Type 75 is a late Cold War era self-propelled howitzer of Japanese origin. The development started in 1969. Two prototypes with different ammunition handling systems were completed in 1972. In 1975 one of the two vehicles was adopted by the Japanese Ground Self-Defense Force (JGSDF) and it was therefore named Type 75.

The Type 75 has a conventional layout. The engine and drive train are mounted at the front of the chassis and the turret at the rear. Many automotive components are shared with the Type 74 main battle tank. The crew of six consists of a commander, driver, gunner, two loaders and a radio operator.

The Type 75 is armed with a 30-caliber 155mm howitzer that fires NATO ammunition. In the rear of the vehicle are two drums each holding nine rounds of ammunition. An extendible loading tray and rammer are used to reload the gun. Using an US M107 projectile a range of 15 km can be achieved, while using a Japanese developed projectile it has a maximum range of 19 km. The maximum rate of fire is 6 rounds per minute. For self defense a 12.7mm M2HB heavy machine gun is fitted.

The Type 75 is operated under full armor protection. The aluminum armor gives protection against small arms fire and shell splinters. NBC and fire suppression systems are fitted. There are no smoke grenade dischargers.

The Type 75 is based on a tracked chassis that provides good cross country performance, but only at a limited speed. A Mitsubishi 450 hp diesel engine provides propulsion.

The Type 75 is only used by the Japan self-defense force and has never been exported. Since the 1980's it has been the primary Japanese self propelled howitzer. It is slowly being supplemented by the newer Type 99. 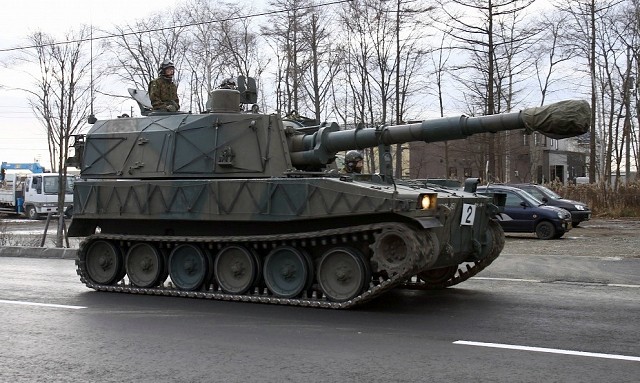 The Type 75 is a tracked self-propelled howitzer of Japanese origin. No variants of the Type 75 have ever been developed. The Type 75 is armed with a 155mm L/30 gun connected to an automatic loader.

The Type 75 looks similar to the US M109 from the outside, but the interior is very different. Also the front of the turret is square and not rounded like the M109. The Type 75 has larger roadwheels than the M109 and each roadwheel is larger.

The Type 99 was developed to supplement and replace the Type 75 self-propelled howitzer. The Type 99 is a more modern design with longer range.

The 12.7mm M2HB heavy machine gun is used as secondary armament on the turret roof of the Type 75. 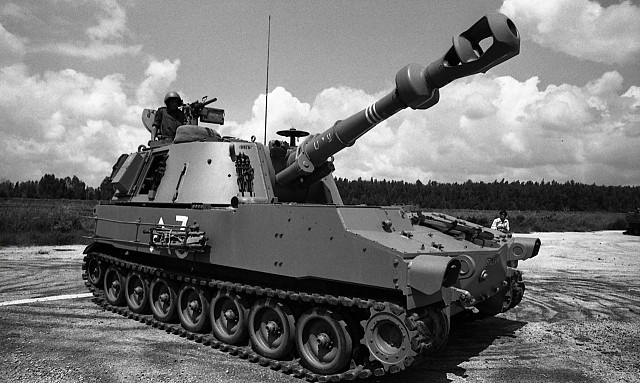 The Japanese Type 75 looks very similar to early models of the US M109 self-propelled howitzer. Both vehicles have a similar layout with the engine located at the front.