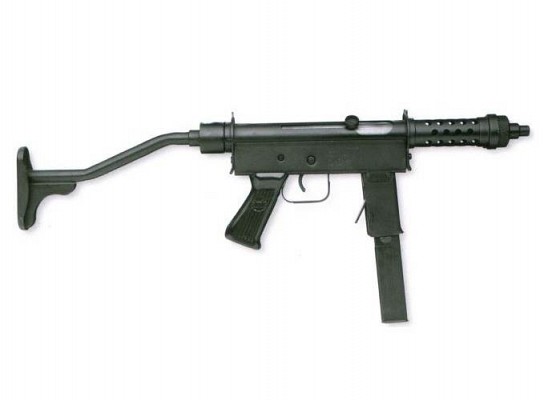 The Uru is a sub machine gun of Brazilian origin. It was developed in the mid 1970's for the Brazilian government. The Uru is cheap to produce, but of lower quality than other weapons available at that time.

The Uru is a very simple and rather heavy weapon. It is a blowback operated weapon that fires from an open bolt position. The weapon is made out of metal and the stock is able to fold sideways.

The Uru fires the 9x19mm round from 30 round magazines. It is a select fire weapon capable of semi-automatic fire and fully automatic fire. The cyclic rate of fire is 750 rounds per minute.

The Uru was adopted by the Brazilian military and police.

Variants of the Uru

The Uru is a cheap and heavy sub machine gun. Its design is simple and rugged. The magazine housing serves as a forward grip. No variants have been produced.