The M12 is a sub machine gun of Italian origin. It was developed in the 1950's by Beretta. The M12 is a limited cost weapon that has proven to be a reliable design that performs well in wet and dusty environments.

The M12 has a distinctive look with its tubular receiver and forward vertical grip. It is a blowback operated weapon that fires from the open bolt position. The weapon is entirely made out of metal, with the exception of the pistol grip and forward grip. A foldable tubular stock with swivelling butt plate is fitted and a wooden stock is optional.

The first and foremost user of the M12 is Italy, where it is used by both military and law enforcement. The M12 has also been widely exported and is used in Europe, the Middle East, Africa, Asia and South America. Even though more capable designs exist the M12 remains popular for its reliablity, ease of use and low production cost. 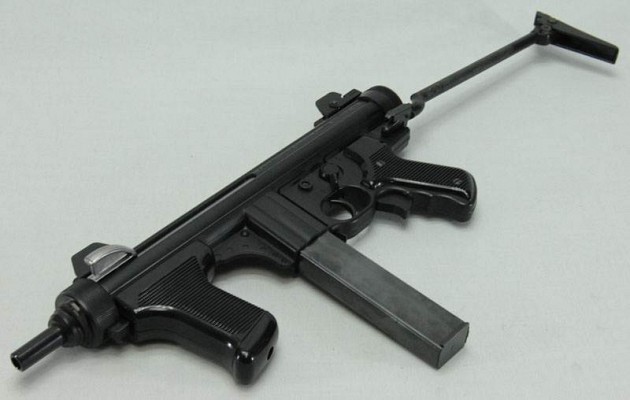 Variants of the Beretta M12

The M12 is a sub machine gun that can be easily recognized by its tubular receiver and vertial forward grip. The M12 was produced in three variants. All three models are similar at a glance and have an identical performance. 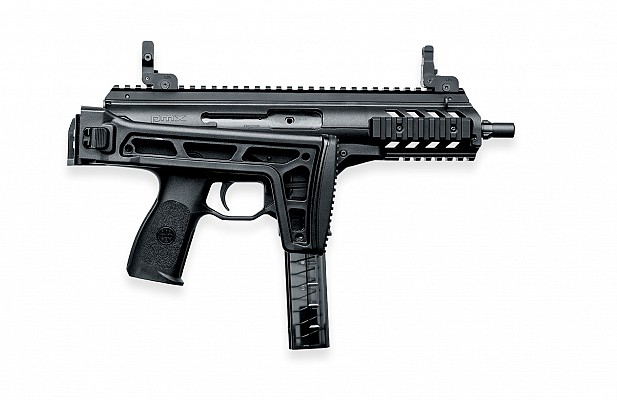 The Beretta PMX was introduced in 2017 to replace the PM12S2 in the Beretta line-up.