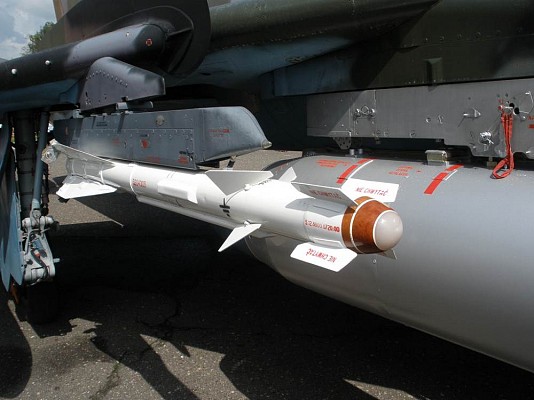 The R-60 is a short range air to air missile of Soviet origin. In the West the R-60 is better known under the NATO reporting name "AA-8 Aphid". The R-60 was developed in the late 1960's as a more capable alternative to the older K-13 (AA-2 Atoll). The R-60 was a very successful design. For its time it had a very capable seeker and unmatched agility. The R-60 has been supplemented by the newer R-73, which is a further development of the R-60 design.

The R-60 has a conventional layout with the seeker in the nose, followed by the warhead and the rear half of the missile is made up by the solid fuel rocket motor. The high level of maneuverability comes from the rather short design combined with its advanced steering mechanism. The R-60 uses two sets of four small wings at the front and four larger wings at the rear.

The R-60 is a infrared guided missile and unlike many other Soviet missiles no radar guided variant exists. The original seeker used on the R-60 was quite good for 1970's technology, but in time countermeasures were developed. The R-60M features a more ECM resistant seeker with a wider angle. Either an optical or radar fuze may be used on both models.

The capable seeker combined with the excellent maneuverability made the R-60 a very capable missile. The dogfight performance is reinforced even further by a very short minimum engagement range. The main drawback of the R-60 is its limited range. At altitude under favorable conditions the maximum range is 8 km, but the practical range is less than 4 km.

The R-60 was widely used by Soviet and Warsaw Pact forces and was exported to many nations in Asia, the Middle East and Africa with ties to the USSR. Even though the more capable R-73 (AA-11) has been introduced, the R-60 remains in widespread active use around the world. 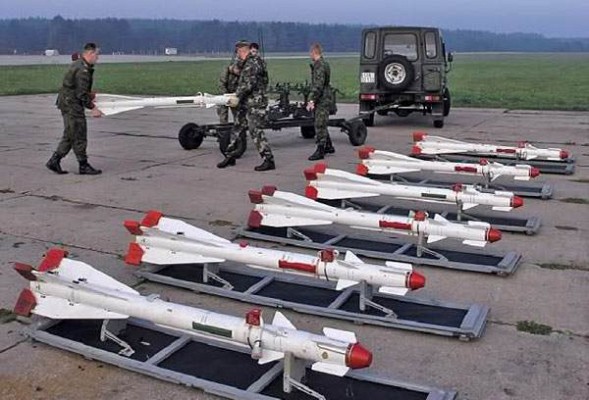