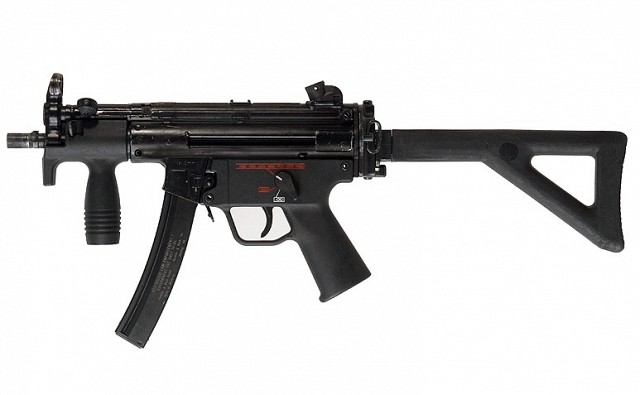 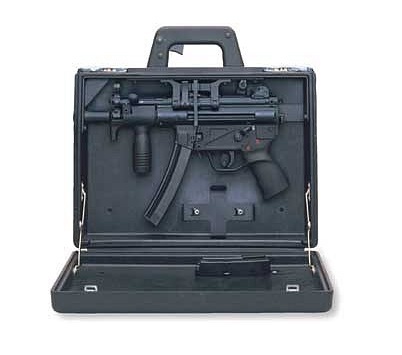 MP5-K in a suitcase. Note the trigger on the carry handle that allows the weapon to be fired from within the suitcase.
Source: Unknown author - © copyright lies with original owner

The MP5-K is a subcompact model derived from the full size MP5.