The M14 is a battle rifle of US origin. It was developed in the 1950's to replace the M1 Garand as the standard US service weapon. On the one hand the M14 is the standard issue rifle with the shortest service life, being replaced in 1970 with the M16A1. On the other hand due to its continuing specialist use it is the weapon system with the longest service life.

The M14 has been based on the succesful M1 Garand. The areas for improvement on the M1 Garand were the magazine and gas system. The 8 round stripper clips have been replaced by 20 magazines. Instead of a direct action gas system a gas expansion and cut-off system is used. Additionally the M14 fires the 7.62x51mm round to comply with NATO standards and has the capability of fully automatic fire.

The M14 fires the 7.62x51mm NATO round from 20 round magazines. It is a select fire weapon with a rate of fire of 750 rpm. The design of the weapon combined with high rate of fire make full automatic fire very impractical. Hence the M14 is nearly always fire semi-automatic. With iron sights the effective range is claimed to be 460 meters. With optics the M14 and its derivatives can be used at ranges of over 800 meters. While being highly accurate and semi-automatic the M14 is a favored designated marksman rifle.

The M14 was the standard issue rifle of the USA and was actively used during the early stages of the Vietnam war. It was replaced with the M16A1 and only the M21 sniper rifle remained in service. Over the years many M14's have been reactivated and reconfigured for use as designated marksman rifles. The M14 was also exported to allies of the USA and large quantities became available as the M14 was withdrawn as a service rifle. The M14 remains in limited use as a battle rifle. 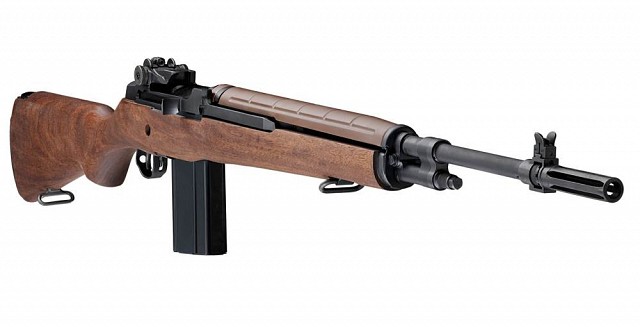 Variants of the M14 rifle 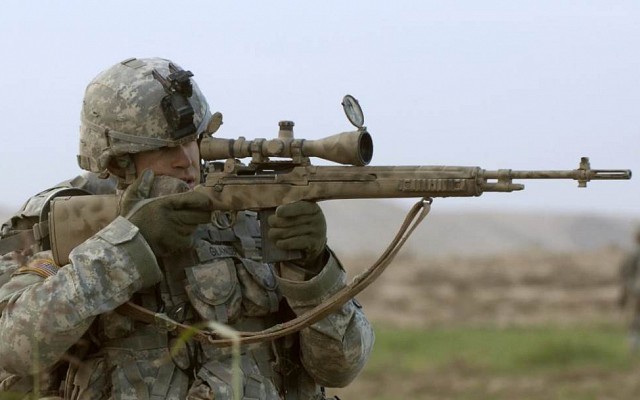 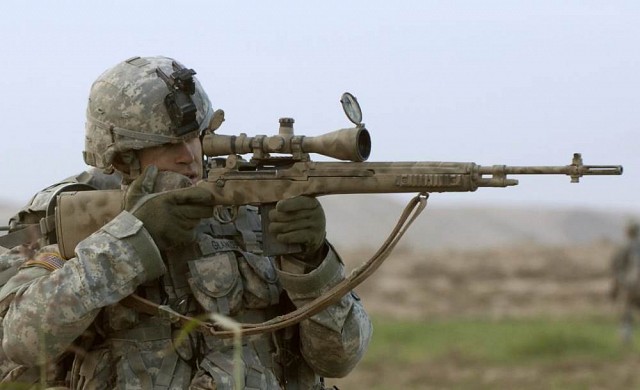 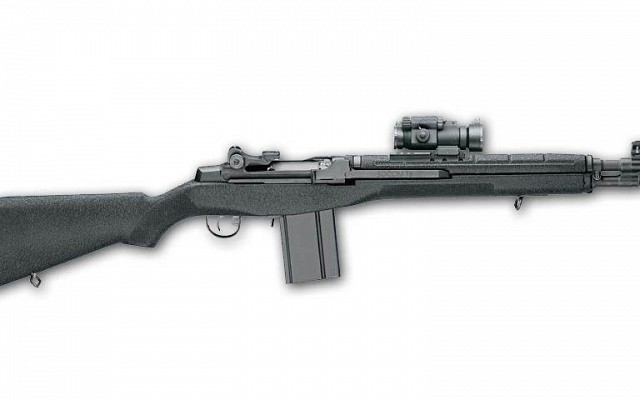 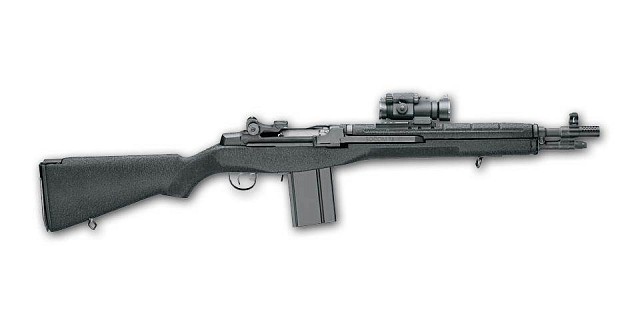 The SOCOM 16 is an M1A Bush rifle with slightly shorter barrel. 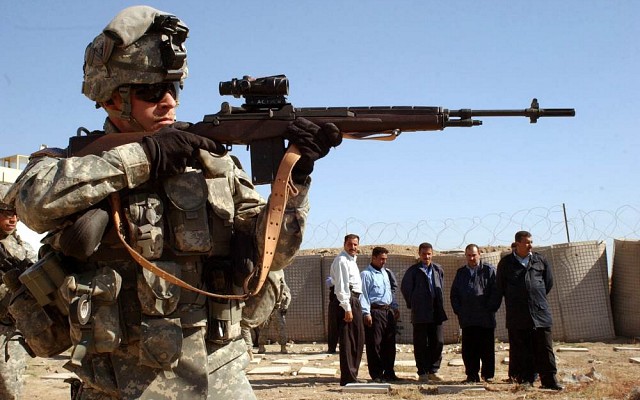 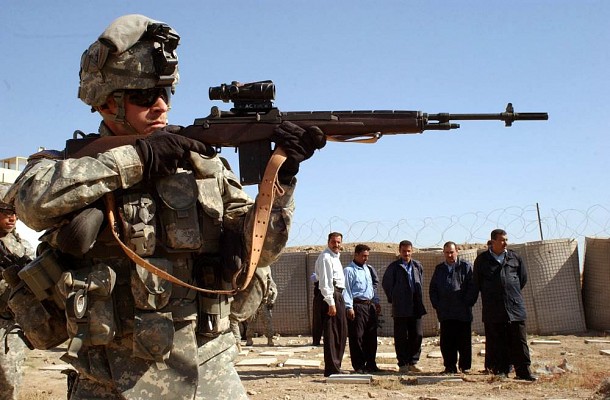 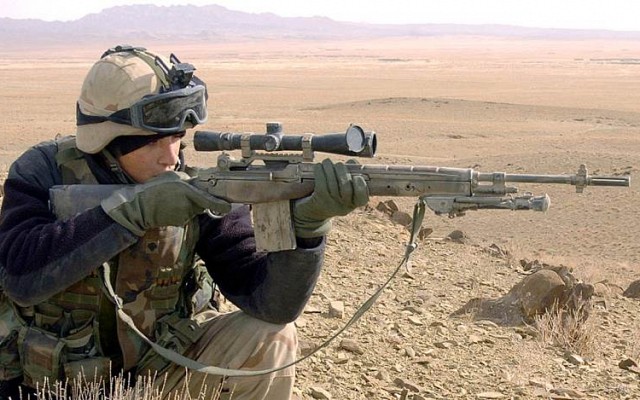 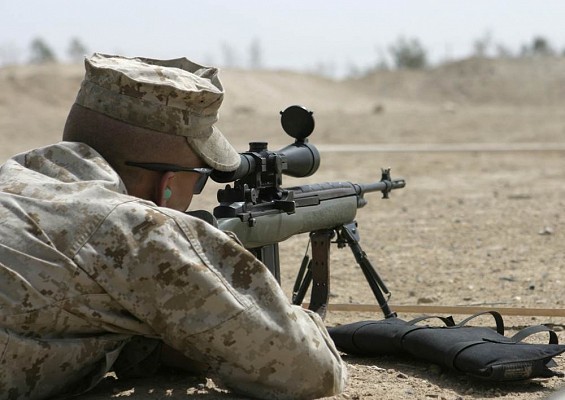 The M14 DMR is a rebuilt and modernized M14 for use as a marksman rifle. It was developed and constructed by the US Marine Corps. 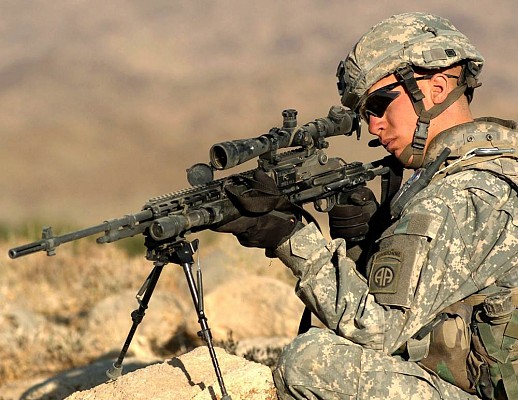 The Mk 14 EBR, M39 EMR and M14 T are a series of marksman rifles built on existing M14 rifles for use as a marksman rifle. Several variants were produced.