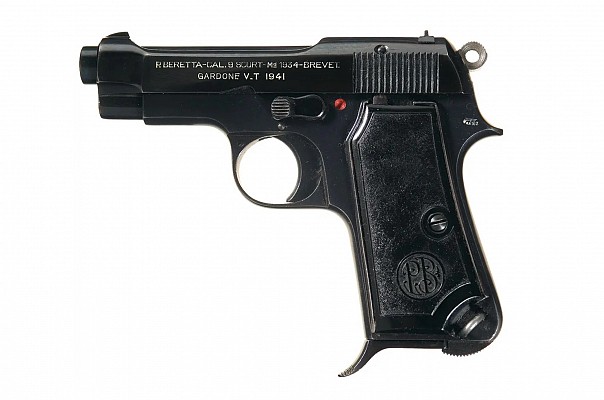 The M34 is a pre World War 2 era pistol of Italian origin. It was developed by Beretta on behalf of the Italian military who desired a pistol in the same performance class of the German Walther PP. The M34 was produced in large quantities and was a breakthrough design for Beretta. Many examples remain today, but it is considered obsolete for military or law enforcement use.

The M34 is a small semi-autmotic pistol that uses a blowback mechanism. The frame and slide are all metal and the grip plates are made of plastics. The slide has the distinctive open design used on many Beretta designts. Overall, the M34's design is simple, cost effective and rugged.

The M34 is a semi-automatic pstol that fires the .380 ACP round from a 7 round single stack magazine. The M35 uses the smaller .32 ACP round and has an 8 round magazine capacity. The effective range is quoted as 10 to 20 meters.

The M34 was adopted by the Italian military in 1937, although samples were used as early as 1935. The M34 was widely used throughout World War 2, alongside the M35. Both models were also used by Nazi Germany in the later stages of World War 2. In Italian military service the M34 soldiered on until it was replaced in the 1990's by the newer, larger and more capable Beretta M92. In law enforcement use the M34 was supplemented at an earlier stage by the M951 and M92. 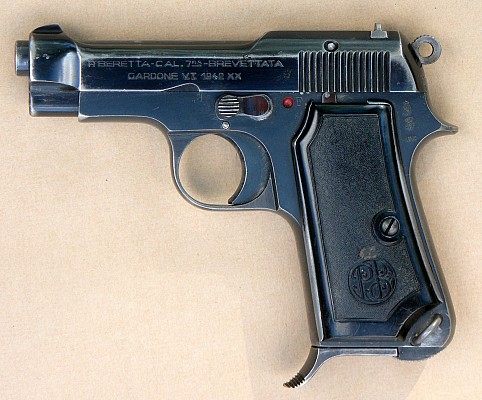 Variants of the Beretta M34 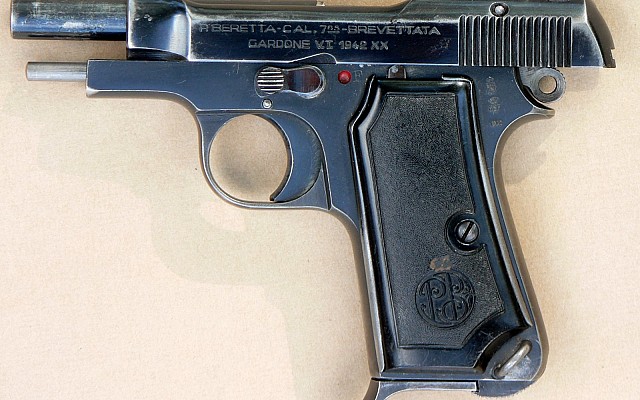 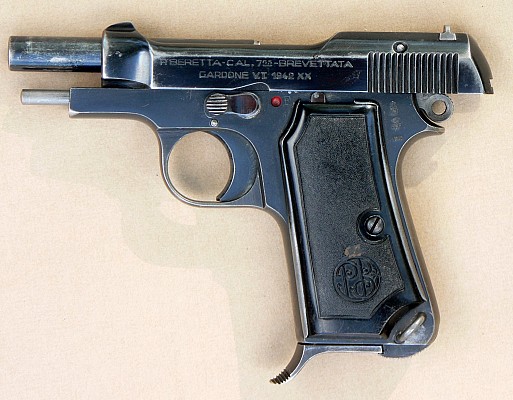 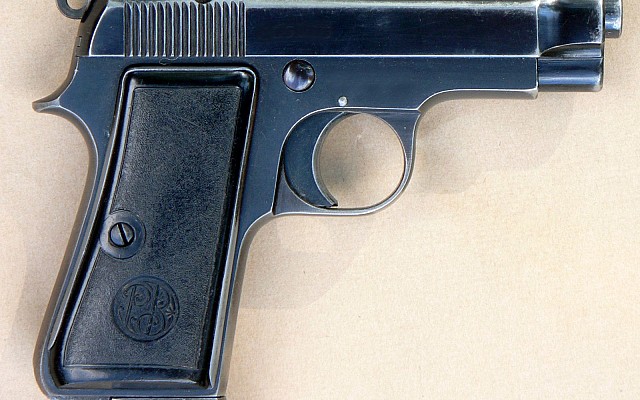 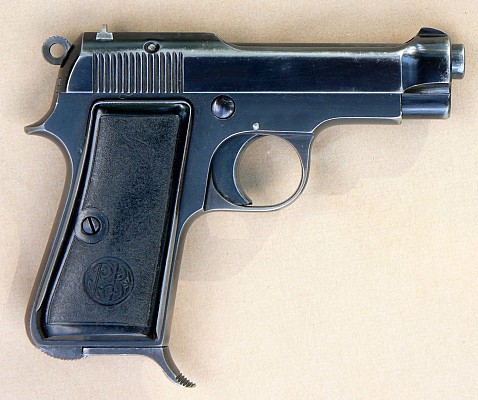 Right side view of Beretta 1935 pistol chambered in .32 ACP.