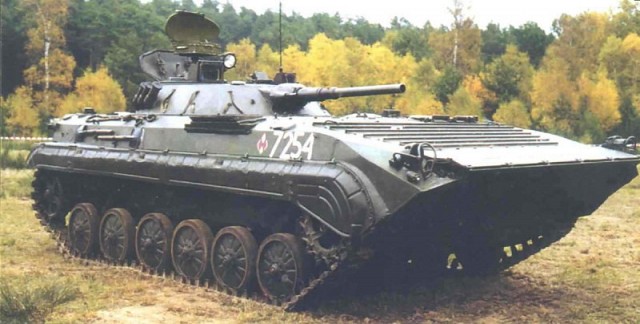 The BRM-1K is a late Cold War era reconnaissance vehicle of Soviet origin. It was developed to support armored and mechanized formations employed by Soviet forces. The BRM-1K was to scout routes and detect enemy formations. During development in the early 1970's a regular BRM-1 was envisaged with a limited equipment set, with the BRM-1K serving as command vehicle and having an advance equipment suite including radar. Only the BRM-1K reached serial production. The role of a less advanced vehicle with scout sections was filled by the regular BMP-1.

The BRM-1K is based on the chassis of the BMP-1 and looks rather similar at a glance. The chassis was selected since it offers good off road and amphibious mobility and has parts commonality with the BMP-1 as used by mechanized forces. A large two man turret is fitted, which has a reduced armament suite. Instead observation devices are fitted, including a mast mounted surface search radar, which can be lowered into an armored cover. Navigation devices, mine and chemical detectors and radio equipment is fitted within the hull. The crew of 6 can use all equipment from within the vehicle, or choose to dismount.

The BRM-1K was not intended to engage the enemy, but is armed for self-defense purposes. The larger two man turret is armed with the same 73mm 2A28 Grom low pressure cannon as found in the BMP-1. It has the ability to fire HEAT rounds at targets out to 1.4 km and HE rounds out to 4 km. A reduced ammunition load of 20 rounds is carried. There is no anti-tank guided missile on the BRM-1K. A 7.62mm PKT coaxial machine gun is present.

All systems on the BRM-1K can be used from under armor protection. The BRM-1K was envisaged to carry out its activities even in conditions with NBC threats. The steel armor offers some protection against 12.7mm heavy machine gun rounds over the frontal arc. The sides and rear at able to withstand small arms fire. An NBC system is fitted and six smoke grenade launchers are fitted on the turret.

The tracked chassis provides the BMP-1K with a good cross country performance. A 300hp diesel engine provides propulsion. The BMP-1K is fully amphibious by raising the trim vane and is propelled in the water by its tracks.

For a long time the BRM-1K was used only by Soviet forces. In the late 1980's small batches were exported to Poland, Czechoslovakia and East Germany. With a limited number of vehicles available the BRM-1K was to be supported in the reconnaissance role by the regular BMP-1. The BRM-1K would serve as a command vehicle, protected by two or three BMP-1. 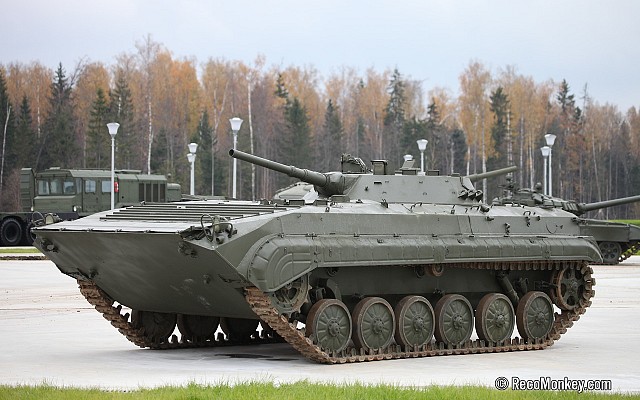 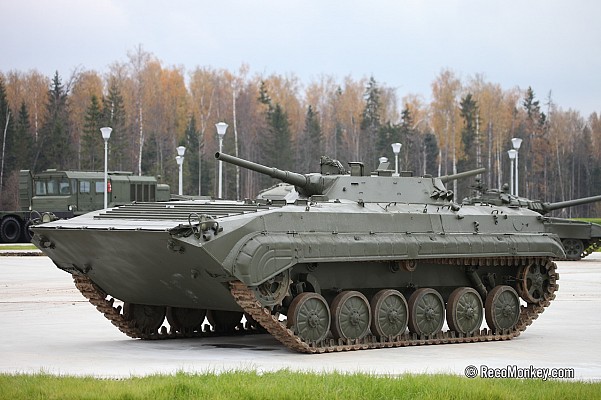 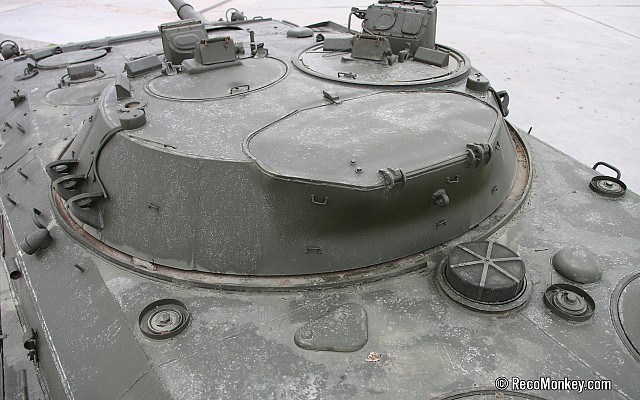 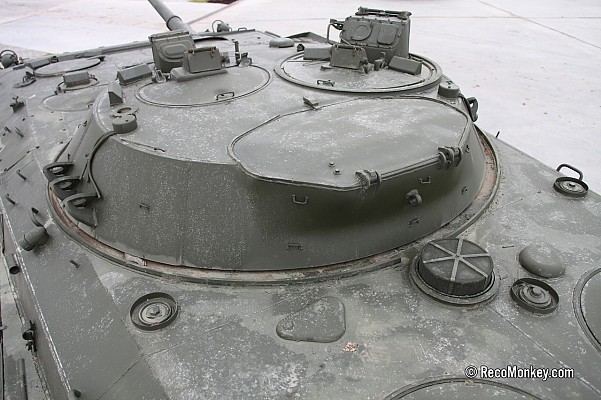 Close-up view of BRM-1K turret. Note that the BRM-1K has a wider two man turret and hatch to stow the reconnaissance radar. 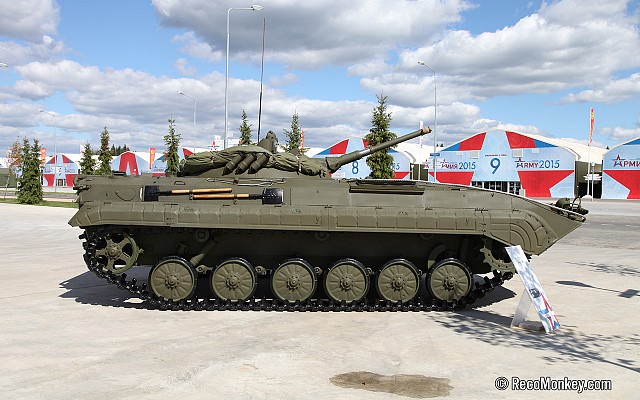 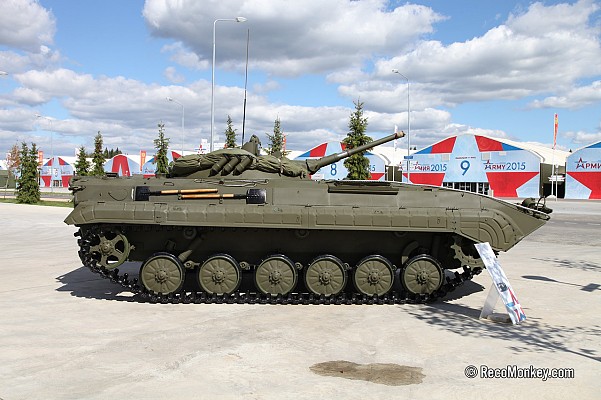 Right side view of BRM-1K reconnaissance vehicle on display. 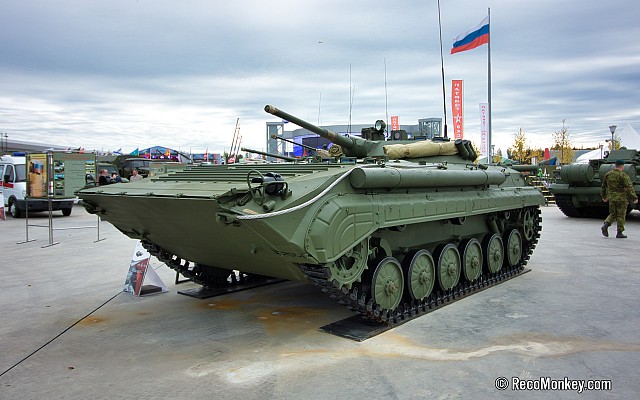 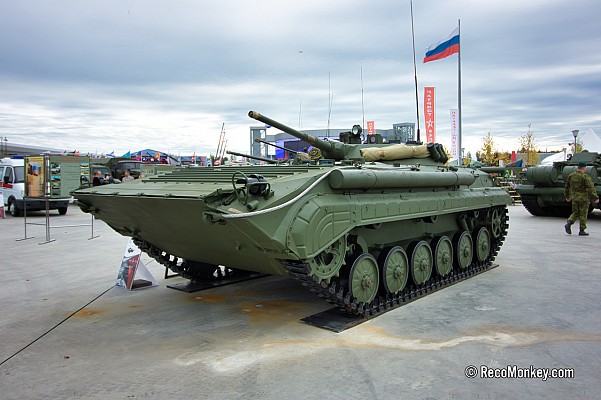 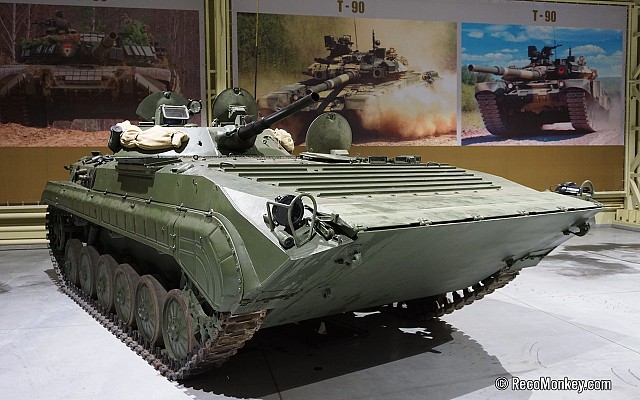 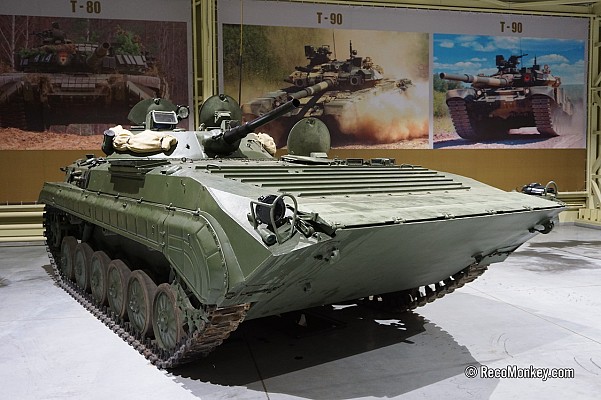 BRM-1K on display in a museum. 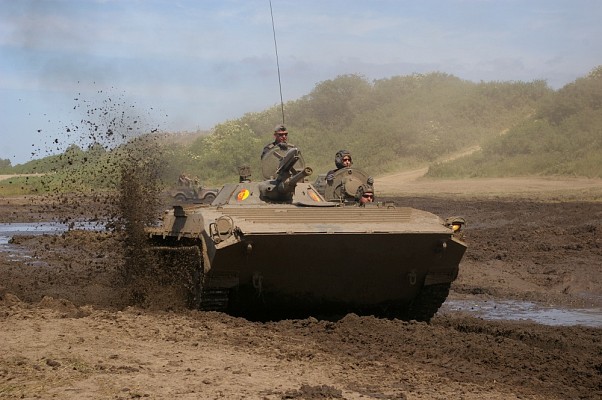 The BRM-1K is based on the chassis of the BMP-1 mechanized infantry combat vehicle. In the reconnaissance role the BRM-1K was often supplemented with regular BMP-1 vehicles. 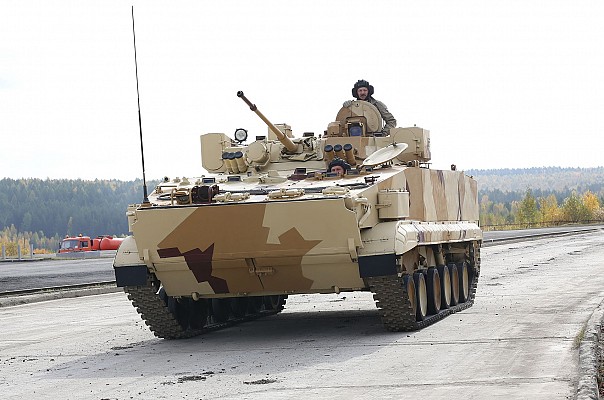