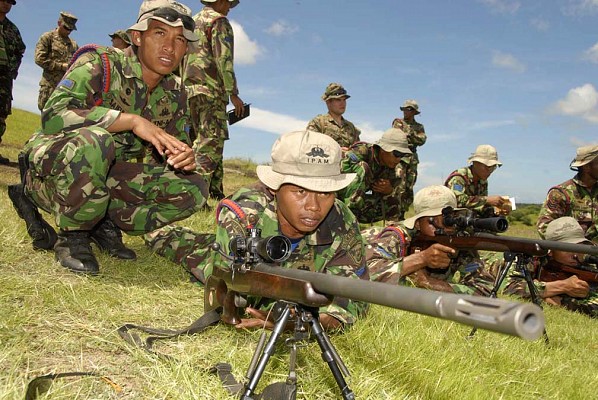 The SPR-1 is a modern era sniper rifle of Indonesian origin. It is believed to be developed in the early 1990's, but this is not certain. The design is emphasizes on simplicity and low production cost. The manufacturere of the SPR-1, a company called PT Pindad, has introduced two new sniper rifles that are more modern and more capable.

The SPR-1 is a bolt-action sniper rifle derived from a civilian model. The action could be similar to the Remington M700, but this is not confirmed. The design is both simple and conventional. The furniture is a thumbhole stock made of laminated wood. A Harris type bipod is fitted. The barrel features a muzzle brake.

The SPR-1 fires the 7.62x51mm NATO round. There is no magazine and each round is to be inserted manually into the chamber. The effective range is quoted as 600 meters, while the maximum range is quoted to be over 1.000 meters.

The SPR-1 is in use with Indonesia. An unknown number has been acquired for use by both regular forces and special forces units. The SPR-3 is a more modern rifle that has replaced the SPR-1 in production. 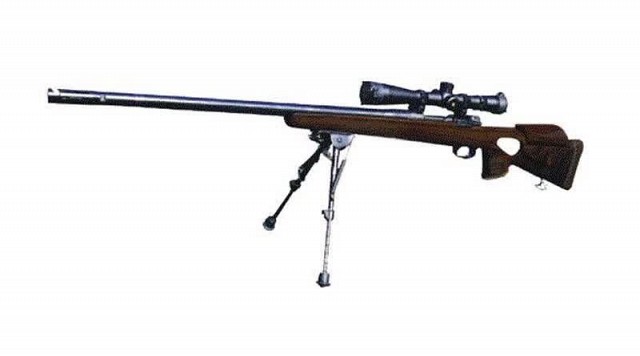 The SPR-1 is a bolt-action sniper rifle. The design is rather simple and straightforward. The wooden thumbhole stock is the best feature to identify the SPR-1, since it is shaped differently from other sniper rifles with wooden stock.

There is only one model of the SPR-1, although there seem to be minor production variants. Some rifles have a different muzzle brake than the original production model. 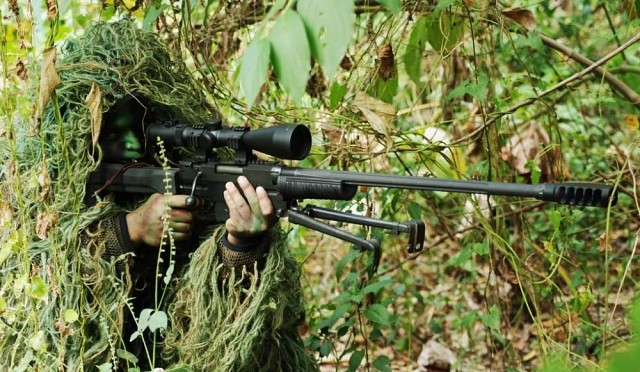 The SPR-3 was developed as a more modern alternative to replace the SPR-1.