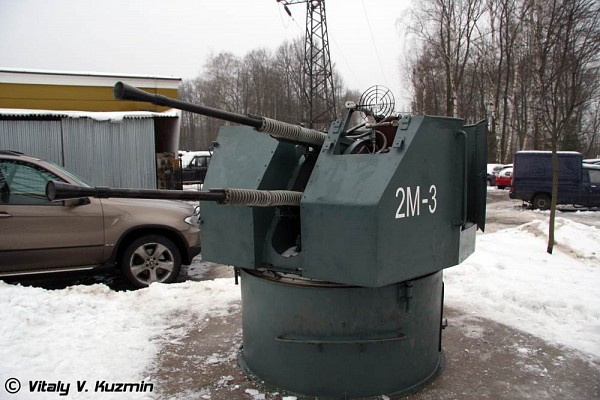 The 2M-3 is a naval gun turret of Soviet origin. It was developed shortly after World War 2 to arm various smaller combat ships, submarines and civilian ships supporting the navy. The used of the 25mm 110-PM autocannon is unique to the Soviet navy. They were not used on aircraft or land based applications.

The design is based on the earlier 25mm 84-KM autocannon. The locally controlled open roof mount is rather simple and is fitted with two 110-PM autocannon, with the one positioned above the other. The single operator is seated on the left of the mount, the two guns are located in the middle and the ammunition is stored on the right. Normally the mount is operated hydraulically but manual control is fitted as backup. The guns are air cooled, but cooled using a water hose during sustained fire.

The 110-PM autocannon fire the powerful 25x218mm round at a cyclic rate of fire of 450 rpm. The practical rate of fire is 270 to 300 rounds per minute. The 25mm rounds have a range of 2.5 km and may reach altitudes of 1.7 km. Since the weapons are manually aimed they are of limited use against fast moving fighter aircraft.

The 2M-3 is fitted on a wide variety of small boats such as the Komar guided missile craft and the P-4 and P-6 motor torpedo boats. For only a few years the 2M-8 submarine mount was used on the Quebec, Whale, Whiskey and Zulu class submarines. In Chinese service they are used on the Hainan, Hoku, Huangfen, Lada and Shanghai classes as well as various mine warfare and auxiliary ships. In both Soviet and Chinese service newer ship classes were fitted with the larger and far more effective AK-230 turret. 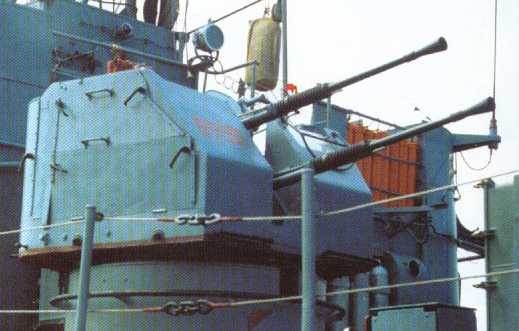 A 2M-3 turret onboard a ship.
Source: www.navweaps.com - © copyright lies with original owner 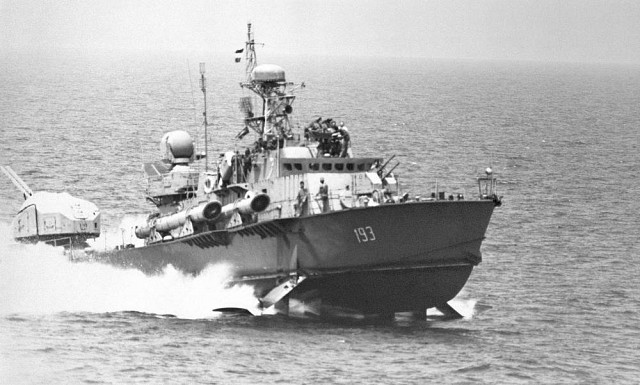 A single 2M-3 mount is used on the bow of the Project 206M Shtorm (NATO: Turya) class fast torpedo boat.