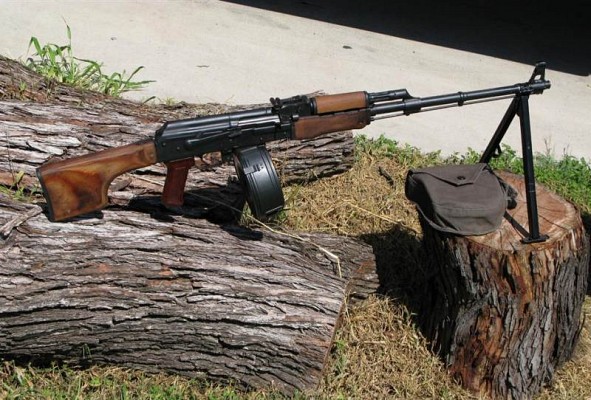 The PM md. 64 is an early Cold War era light machine gun of Romanian origin. It is nearly identical to the Soviet RPK and is derived from the PM md. 63 assault rifle, which in turn is based on the Soviet AKM.

The PM md. 64 is a gas operated, air cooled select fire light machine gun based on the Kalashnikov pattern. It fires the same medium power 7.62x39mm round. The main differences from the PM md. 63 assault rifle are the longer barrel, fixed folding bipod and larger wooden stock. Unlike the assault rifle there is no wooden vertical grip. The PM md. 91 is a variant with a folding metal stock.

The PM md. 64 fires the 7.62x39mm round from a curved 30 or 40 round magazine. Alternatively 75 round drum magazines are used. It is a select fire weapon that is capable of semi-automatic fire and automatic fire at 600 rounds per minute. The effective range is about 500 meters.

The PM md. 64 was adopted by Romania and exported to various nations. Unlike the Romanian AIM and AIMS assault rifles with their distinguishing wooden vertical front grip, the PM md. 64 is difficult to identify since it looks practically identical to the Soviet RPK. The PM md. 64 remains in service with several nations today. 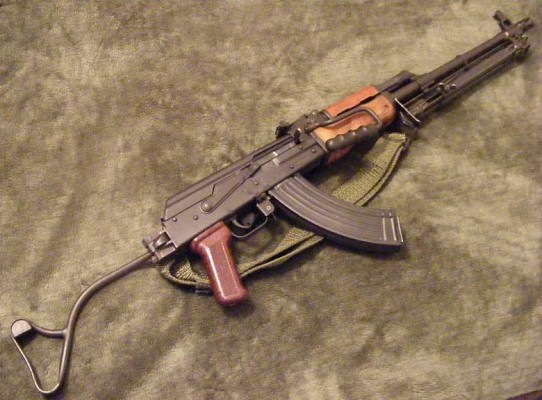 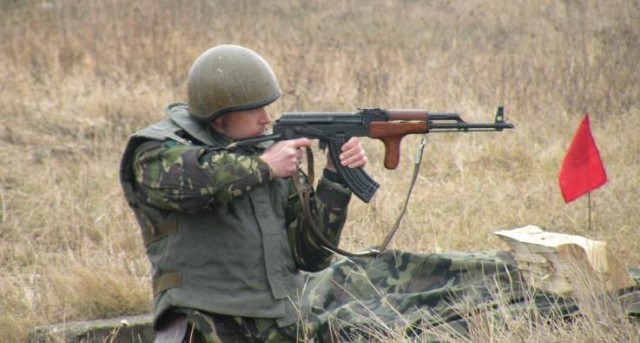