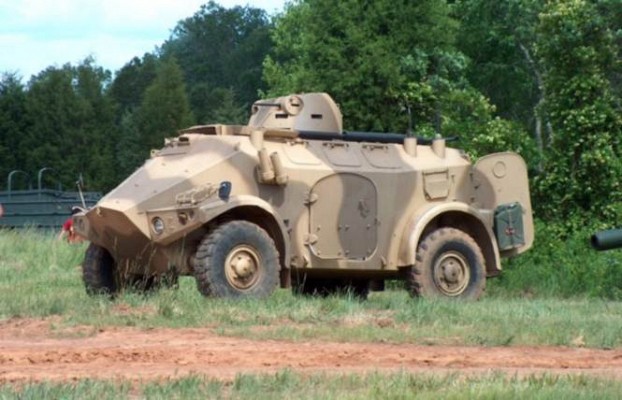 The M3 is derived from the AML reconnaissance vehicle and the 4x4 chassis share 95% of the automotive components. This reduces costs for nations operating both types of vehicles. In the M3 the driver is seated at the front in the middle with the engine right behind him. The infantry compartment is at the rear and the infantry can access the vehicle by means of doors in both sides and the rear. On each side there are three hatches that serve as both windows and firing ports.

Many M3's are fitted with the 7.5mm AAT-52 or 7.62mm AAT-NF1 machine guns on a pintle or rail mount or in a one man turret. Alternatively the 7.62mm MAG and 12.7mm M2HB can be fitted. Few vehicles have also been fitted with a 20mm M621 autocannon for use against ground targets. The twin 20mm VDAA anti-aircraft system has also been mounted on the M3 chassis.

The steel hull protects the crew and infantry from small arms fire and shell splinters. An NBC system is lacking and the four smoke grenade dischargers are optional.

The M3 has a good mobility on roads and dirt roads, but lacks the cross country capabilities of a tracked vehicle. The maximum speed is 90 km/h on road and its limited fuel consumption results in a good range. The M3 is amphibious and propelled in the water by its wheels.

Although a French product the M3 was never adopted by the French military. The M3 was produced for export and over 30 nations acquired it. These are mostly ex-French colonies and other nations with good ties to France. 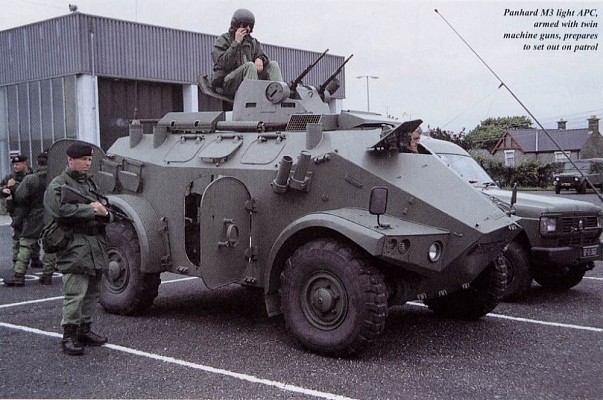 Variants of the Panhard M3

M3/VTT
The M3 is a small armored personnel carrier based on the AML reconnaissance vehicle. The standard version is the M3/VTT, which can be armed in various ways. The most common armamen is a machine gun on a rail mount or in a small turret. Various variants are derived from the baseline vehicle:
M3/VPC
A command post vehicle which has a table and radios in the crew compartment.
M3/VTS
An unarmed ambulance version which may carry up to four stretchers in the crew compartment.
M3/VAT
A repair vehicle that carries various tools, a generator, towbars and tow cables.
M3/VLA
An engineer model with front mounted dozer blade and pioneer equipment.
M3/VDA
An air defense version fitted with a twin 20mm anti-aircraft turret. Fully described under the VDAA system.

The M3 VDAA is a self-propelled anti-aircraft gun variant of the Panhard M3.