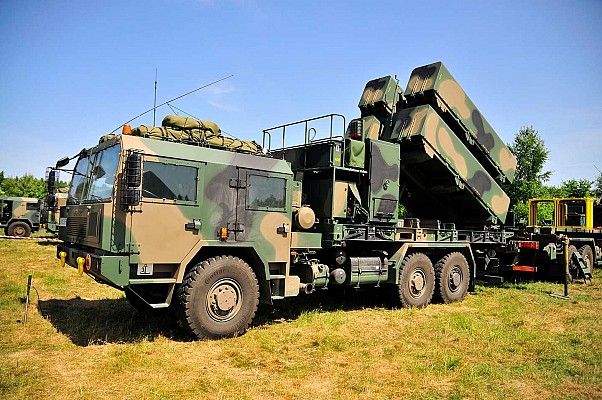 The NSM MLV is a coastal defense system of Norwegian origin. It is a land based system centered around the Naval Strike Missile, which is already in naval use. The first battery was ordered by Poland in 2007 and became operational in 2013.

The NSM MLV is land based road mobile coastal defense system. It is centered around the Naval Strike Missile. A typical battery consists of 3 launch vehicles, 1 command post vehicle and 1 radar vehicle. A launch vehicle is able to transport and launch four missiles.

The NSM is a modern subsonic anti-ship missile. The NSM has a range of about 185 km. The effective range is determined by the sensor system. The TRS-15 used by Poland has a radar horizon of 50 km.

Apparently various types of radar can be integrated with the MLV system. In Polish service the MLV system uses radars of Polish origin. The TRS-15M Odra C naval search radar has an effective range of 50 km against surface targets. This is ostensibly limited by the radar horizon, since the air defense variant of the TRS-15 can detect smaller aerial targets out to 200 km.

In Polish service the MLV is based on Jelcz trucks produced in Poland. The launch vehicles and battery command vehicle are based on the Jelcz P662 6x6 truck chassis. The TRS-15 radar is based on the larger Jelcz P882 8x8 truck.

Currently the only user of the NSM MLV is Poland. Two squadrons are operational. 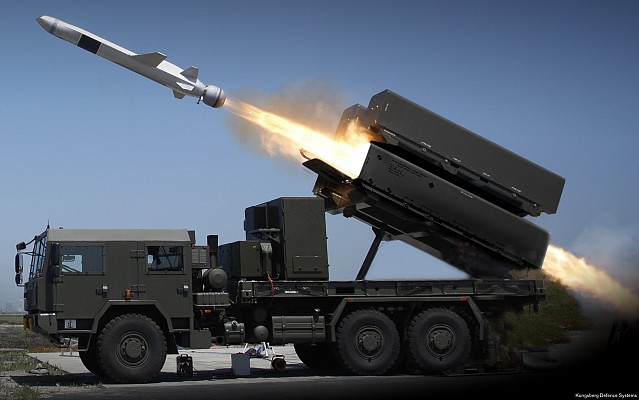 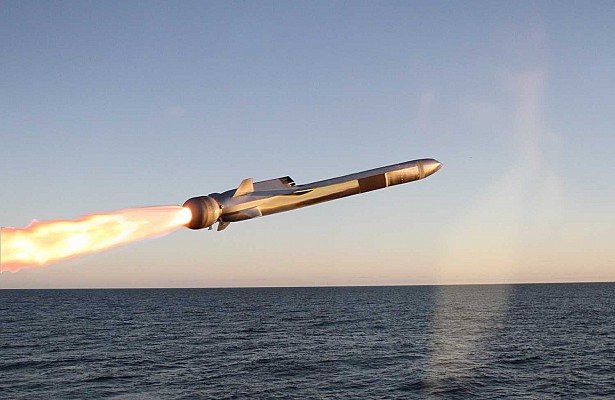 The MLV coastal defense system is designed around the Naval Strike Missile.