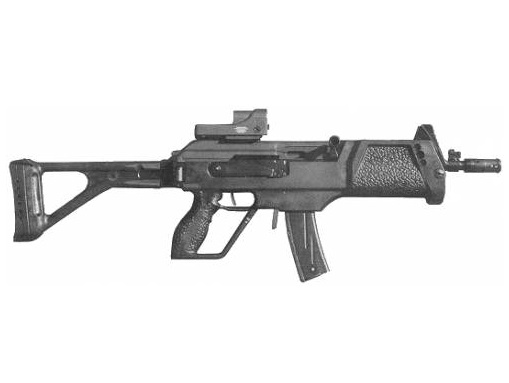 The Magal is a self-loading carbine of Israeli origin. It was developed in the 1990's to meet a police requirement. Due to reliability issues the service life of the Magal was short. It was produced in limited quantities before production ceased.

The Magal is derived from the Galil assault rifle. It looks rather similar to the Galil MAR. The Magal is one of the few firearms chambered for .30 Carbine. This caliber was chosen since it is intended for law enforcement use. The .30 Carbine cartridge is unlikely to over-penetrate and has a longer range than a pistol cartridge. Its use is uncommon since it requires a locked breech design, while other intermediate cartridges, such as 5.56x45mm NATO, provide a longer effective range.

The Magal is chambered for .30 Carbine. It can use the 15 and 30 round magazines from the M1 Carbine. An enhanced reliability 27 round magazine was developed as well. The Magal is a semi-automatic firearm. The effective range is about 100 meters.

The Magal was adopted by the Israeli police in 1999. Due to reliability issues it was withdrawn in 2001. The Magal was exported in limited quantities for law enforcement use, and has been seen in Brazil and Africa. 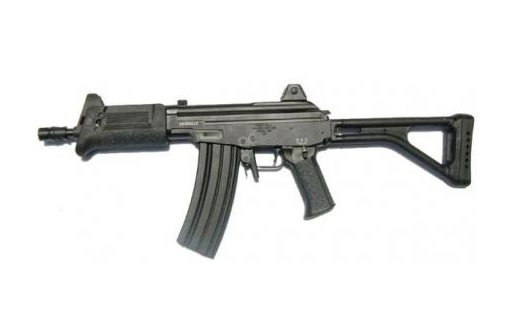 The Magal looks rather similar to the Galil MAR compact assault rifle. The Magal can be distinguished by the slimmer magazine and handguard on the grip.