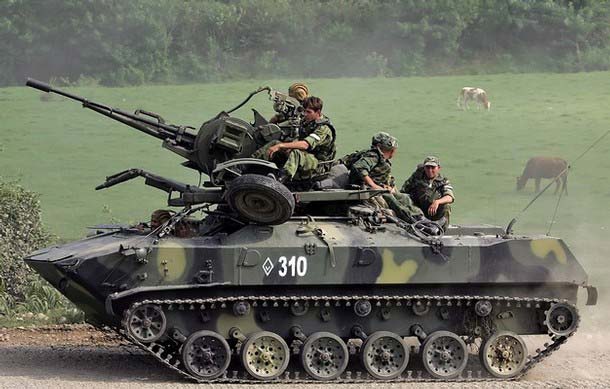 Left side view of BTR-ZD on the move. 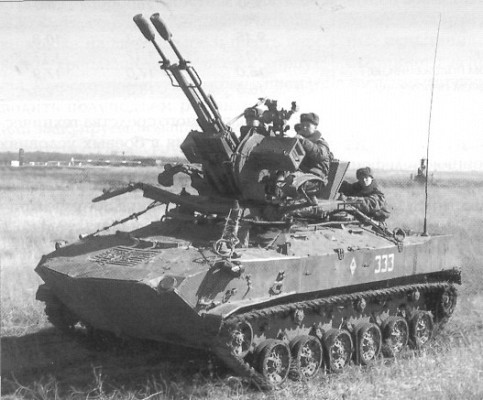 The BTR-ZD is a self-propelled anti-aircraft gun of Soviet origin. It is a rather simple modification of the BTR-D airborne armored personnel carrier. The BTR-D provides Soviet airborne assault troops with lightweight and cost-effective front line air defense. As an anti-aircraft gun it is far less capable than vehicles equipped with radar, modern fire control systems and more powerful autocannon.

Most notable is the ZU-23-2 towed anti-aircraft gun mounted on top of the hull. Internally there are storage racks for 23mm ammunition and man-portable surface to air missiles. Missiles such as the 9K32M Strela-2M (SA-7 Grail) and 9K38 Igla (SA-18 Grouse) provide the crew of BTR-ZD with the ability to engage helicopters at greater ranges and the ability to engage ground attack aircraft.

The twin 23mm autocannon of the ZU-23-2 are also practical for engaging ground targets. The ZU-23-2 has been mounted on regular BTR-Ds for use as fire support for infantry sections. Therefore, not every BTR-D with a ZU-23-2 on top is a BTR-ZD with an associated MANPADS team. 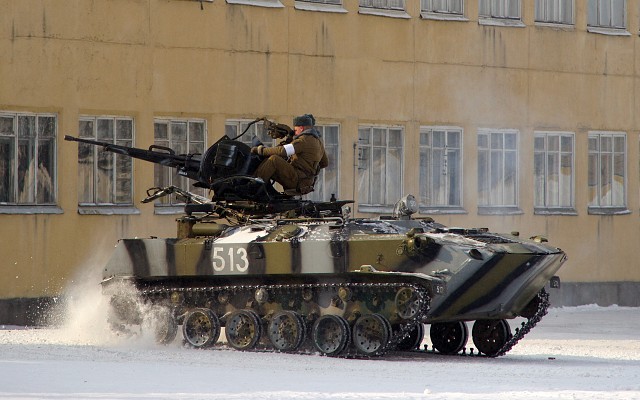 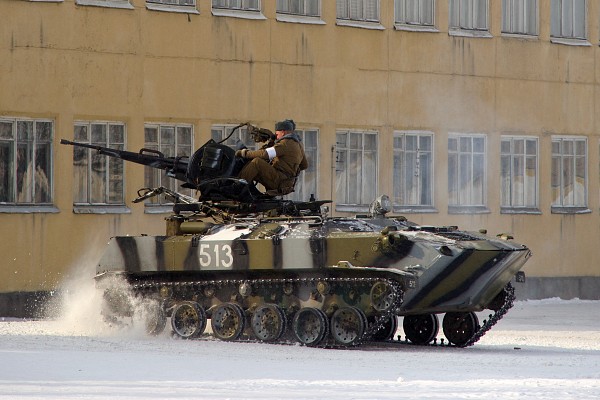 BTR-ZD in service with Belarus. 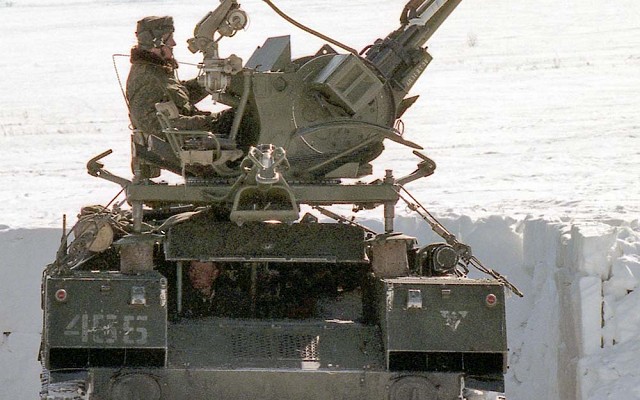 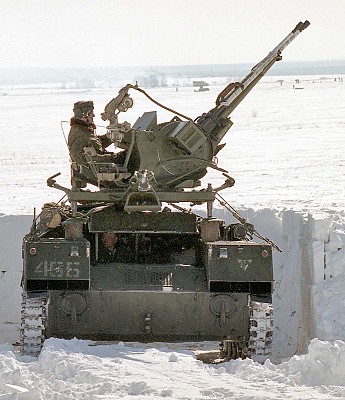 Rear view of BTR-ZD. Note that the hatch of the crew compartment is open. 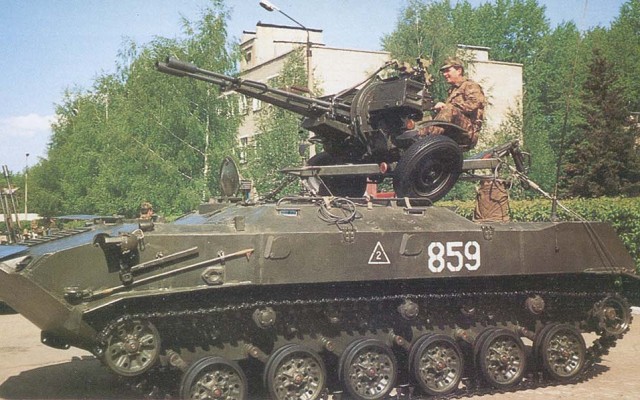 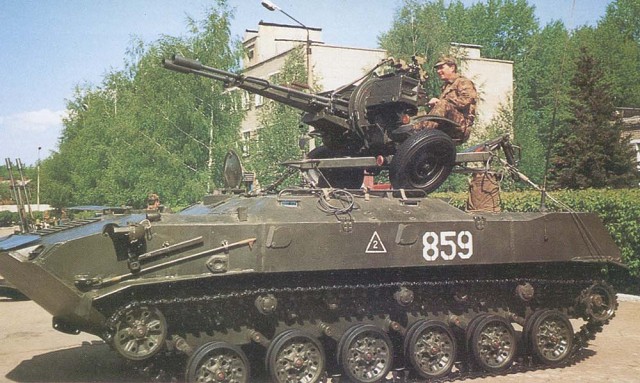 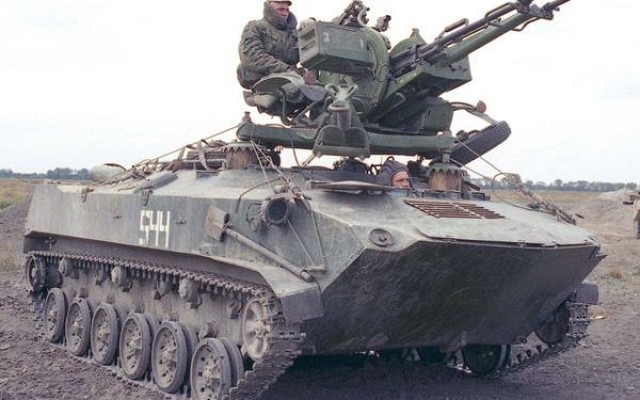 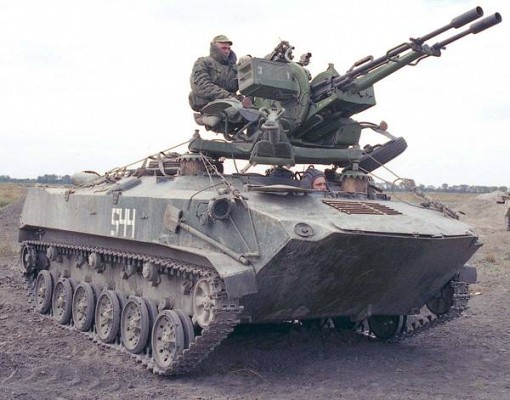 The BTR-ZD is fitted with a regular ZU-23-2 towed anti-aircraft gun on the roof of the vehicle.

The BTR-ZD is also used to transport a team with man portable SAM systems, such as the 9K32M Strela-2M (NATO: SA-7 Grail). Two gripstock launchers and six missiles are standard loadout.