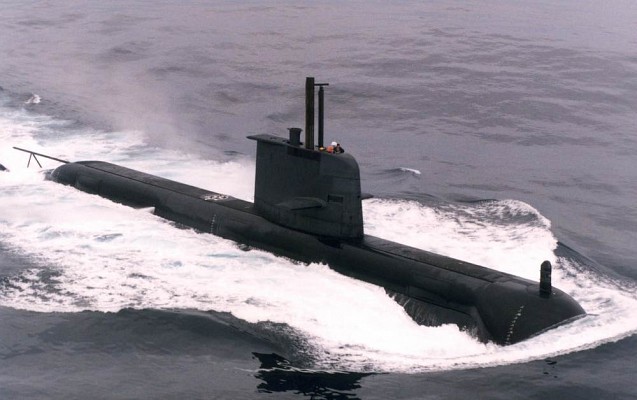 The Collins class is a diesel-electric attack submarine of Australian origin. It was designed in the 1980's by the Swedish firm Kockums and built in the 1990's in Australia. The Collins class is the largest diesel electric submarine in the world. Due to a high level of automation the crew is rather small for its size. The class was plagued by various deficiencies which have all been corrected by the year 2010.

The Collins is an enlarged version of the Vastergotland class diesel-electric submarine. The layout is conventional with the armament and sonar in the bow, the crew and command compartments in the middle and below the sail. The engines are located at the rear and power a single shaft with seven blade propeller. Since the design was altered several times without new tests the Collins was rather noisy before a new propeller was installed and fiberglass parts were use streamline the design. The outer hull is lined with anechoic tiles to further reduce the noise level.

The Collins class has six 533mm torpedo tubes for which 22 weapons are carried. The weapon mix consists of the Mk 48 torpedo and the Sub Harpoon anti-ship missile. The torpedo tubes may also be used to lay mines which can be carried instead of torpedoes. The use of the Mk 48 torpedo makes the Collins a potent weapon for use against surface vessels and other submarines.

The Collins class is fitted with a bow mounted Scylla passive/active sonar and within the class three types of towed array passive sonar systems are employed. The original combat data system never functioned well and was replaced by the Raytheon CSS Mk 2 which is based on the AN-BYG-1 that is used in the US Los Angeles class.

A diesel-electric propulsion system powers the Collins class. Three diesel engines charge the batteries and provide propulsion while surfaced or snorting. While submerged an electric motor is used for propulsion. The maximum speed is 10 knots when surfaced and 20 knots submerged. The range is 11.500 nm at 10 knots. The maximum diving depth is 300 m.

The Collins class is only used by Australia. Six ships have been built and are to remain in service until at least the year 2025. 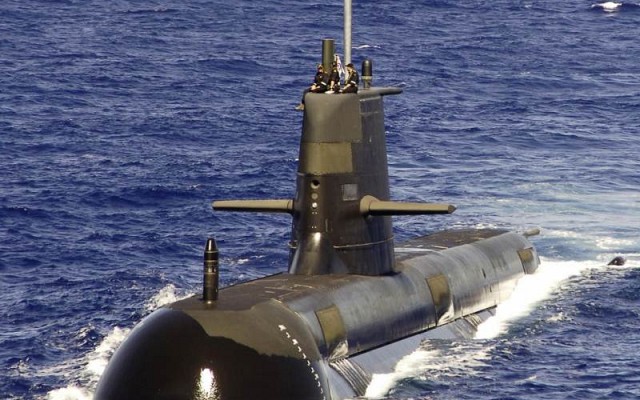 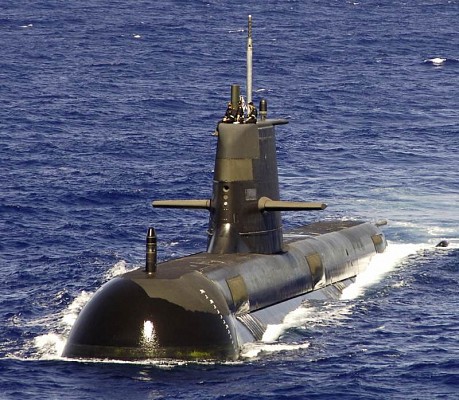 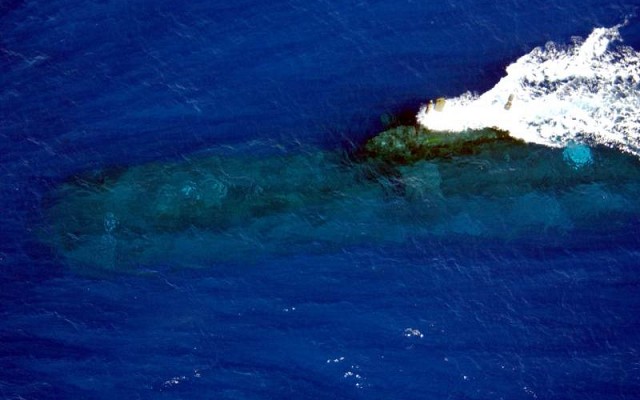 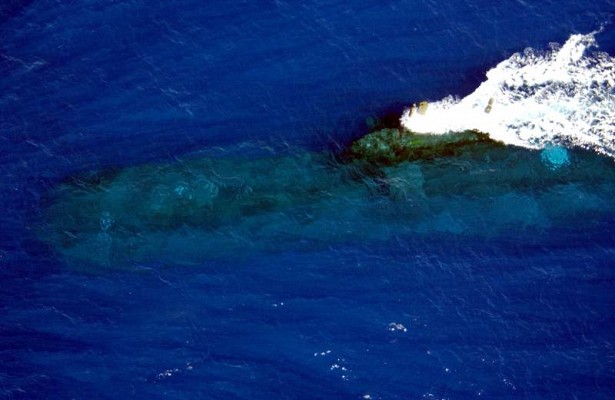