The APR is a sniper rifle of Swiss origin. It is a further development of the Ultima Ratio series of sniper rifles originally developed by PGM. APR stands for Advanced Precision Rifle. At first Brügger + Thomet was a distributor for PGM, but decided to produce an improved version by themselves.

The APR is a product improved Ultima Ratio rifle. The APR differs in many minor details and mostly disinguishes itself from the PGM models by their fluted barrels and accessories. These include the Schmidt & Bender TRS 3-12x scope, the optional mirage band, clip on silencer, optional tripple accessory rail over the barrel. The APR 308 is a bolt action sniper rifle with a free floating barrel and highly adjustable shoulder stock. The APR 338 is a Mini-Hecate improved in a similar way.

The APR is used by various law enforcement agencies and military units, mainly in Europe. 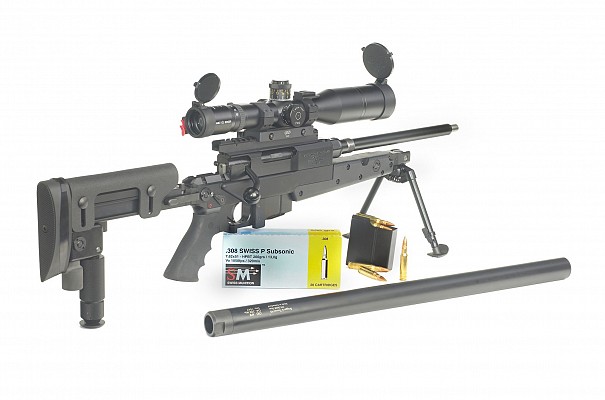 The APR 308S is an APR 308 with an integral silencer. The barrel extends about halfway of the silencer and features a very fast rifling twist rate. The APR 308S is only meant to be used with subsonic ammunition and has an effective range of about 150 meters. The sound reduction is about 120 dB. The integrated silencer makes the APR 308S much more silent than the APR 308 fitted with a silencer on the barrel.

The APR 338 is similar to the APR 308 but is chambered in the .338 Lapua caliber. It features a longer and heavier barrel, but is otherwise similar. Due to its caliber it has a longer effective range. 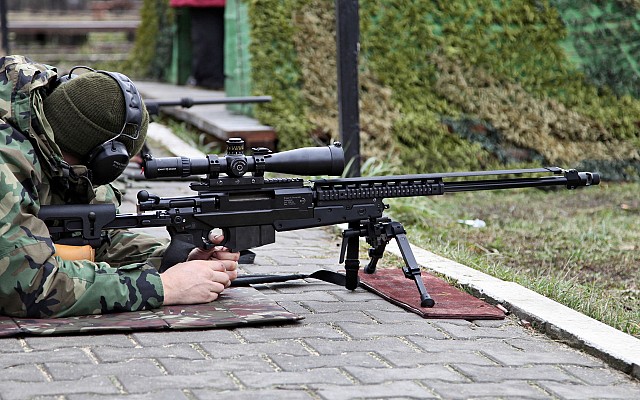 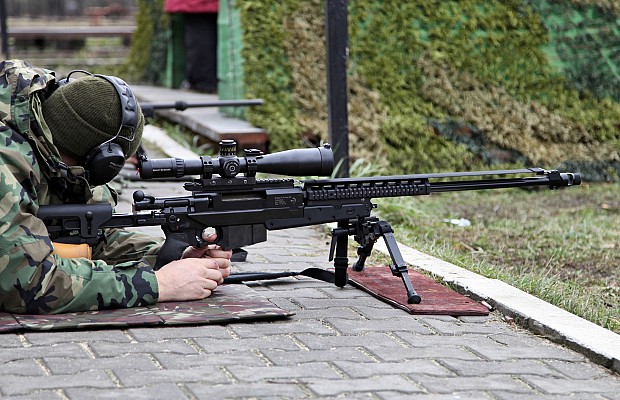 Russian sniper with APR 338 sniper rifle during a competition in 2012. 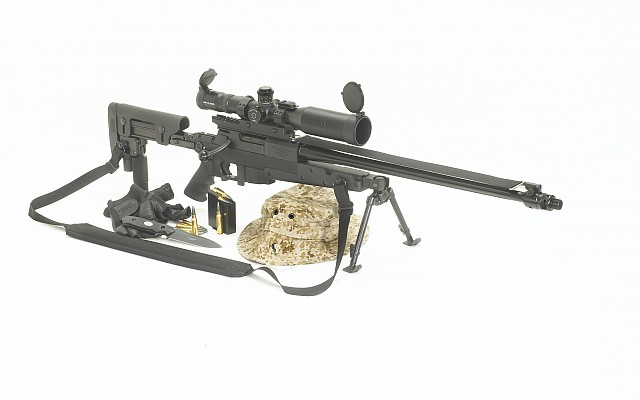 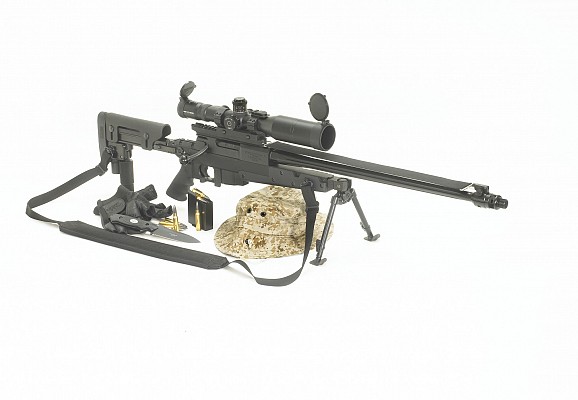 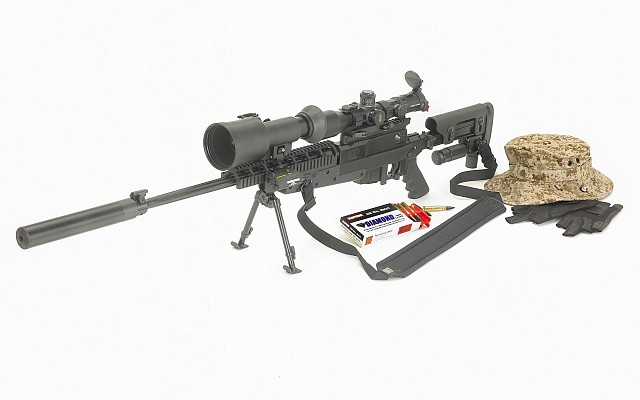 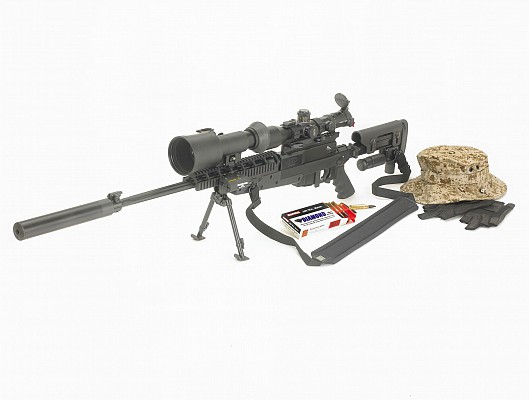 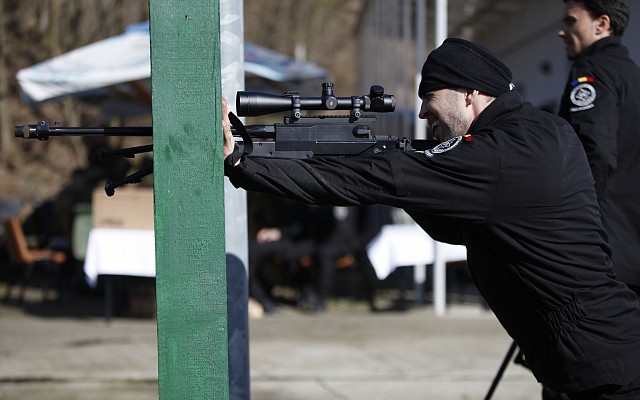 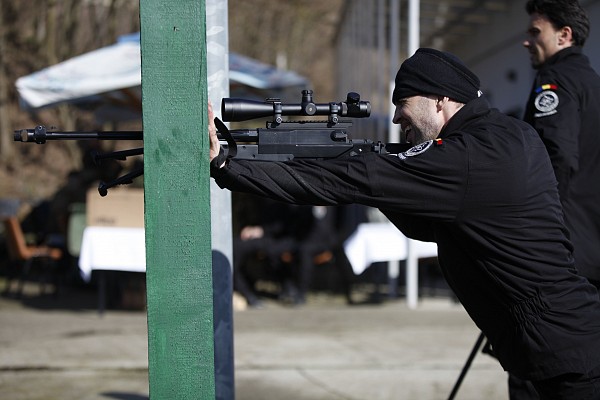 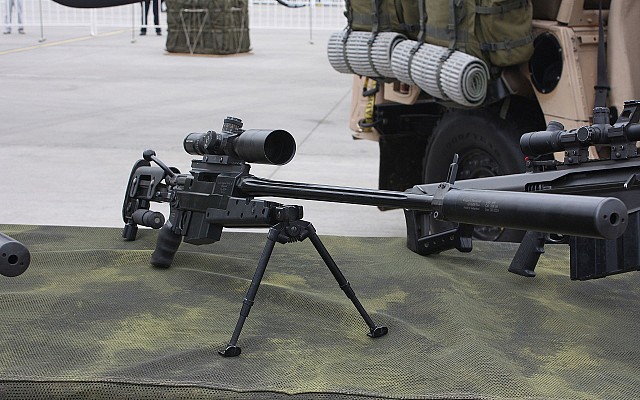 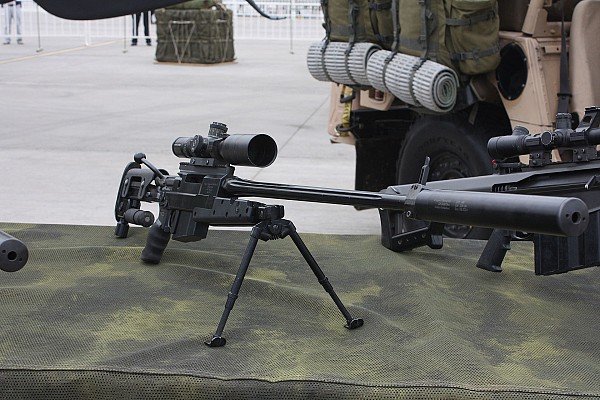 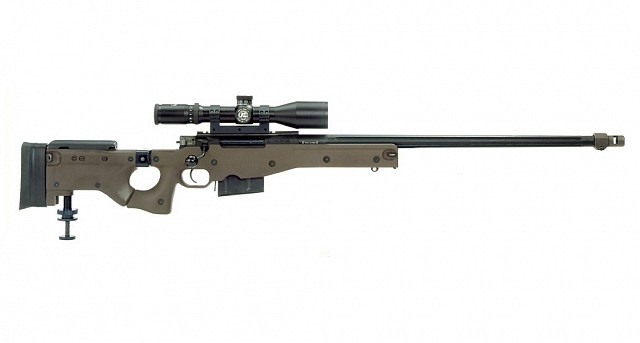 The AWM is a direct competitor to the APR series of sniper rifles.