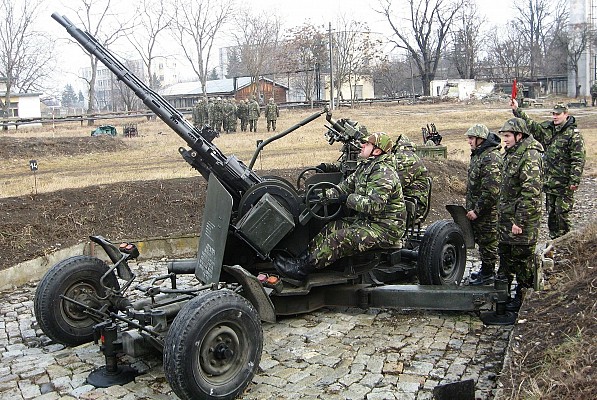 The Md. 80 is a late Cold War era towed anti-aircraft gun of Romanian origin. It was developed to replace older Soviet systems, such as the 37mm M1939. A second reason was that Romanian forces viewed the 23mm ZU-23 as lacking in range an firepower, making Romania one of the few Soviet allies not to operate the ZU-23.

The Md. 80 is based around the A436 revolver type autocannon. Two are fitted side by side. The A436 is an air-cooled variant of the Soviet NN-30 water-cooled autocannon as used in the AK-230 naval gun turret. These are powerful autocannon with good effective range. Drawback is that these larger and heavy autocannon require a stable firing platform and as a result the Md. 80 is a rather heavy system.

The Md. 80 is fitted with two A436 autocannon. These fire the Soviet designed 30x210mmB round. Each gun is fed by a 30 round belt. Two loaders on mount and two ammunition handlers off mount are to provide new ammuntion. Four ammunition types are produced in Romania. These include HE, HE-T, HEI and a shell for use against light armored targets. A rather unique feature are that these autocannon are select-fire. Maximum rate of fire is 500 rpm per barrel. Effective range is up to 3.5 km against aerial targets, 2.0 km versus troops in the open and 1.0 km versus light armored vehicles.

The Md. 80 is operated by a single gunner using a mechanical corrector sight. Both elevation and traverse are powered by battery. Maximum target speed is 350 m/s. The Md. 80 can be fitted with the ACT-30 fire control radar. This radar takes 2 seconds to calculate the range and automatically adjusts elevation accordingly. The gunner still determines the traverse and operates the trigger. The Md. 80 is reported to be integrated in the Viforul air defense system.

The Md. 80 is based on a four wheel chassis. In the firing position a stable platform is created raising the wheels and resting the mount on four jacks, two of which are fitted on outriggers. In Romanian service the DAC 665T 6x6 tactical truck is used to transport the crew of 5 and its ammunition. The Md. 80 can be pushed into a firing positing, but is too heavy to move by hand over longer distances. In Libyan service some of these anti-aircraft guns have been mounted on MT-LB tracked armored personnel carries and patrol craft. Possibly some of these modifications were carried out by non-state actors.

The main user of the Md. 80 is the Romanian army. Several hundred of these systems may have been acquired in the 1980's. Upgrades were carried out in the early 1990's. The Md. 80 remains in service, but at present most are in second line service or in long term storage. A total of 72 pieces of 35mm Oerlikon GDF and Skyguard fire control radar have supplemented the Md. 80 and are now the primary towed anti-aircraft gun. Libya is the only confirmed export customer and these guns have been in recent conflicts by both government and various opposition forces. A sale to Liberia might have been mistaken the Libya. A sale to Mauritania was announced, but is reported to have never materialized. 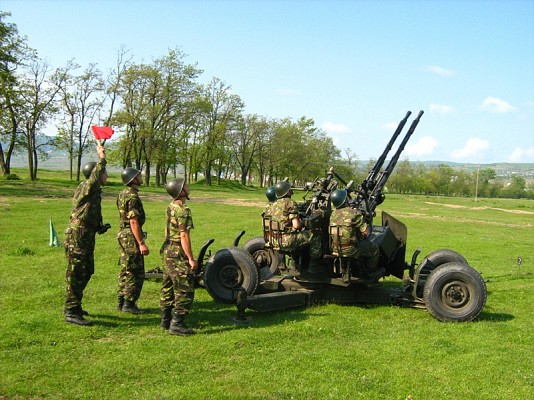 Variants of the Tun antiaerian md. 80

Md. 1980
Original production model with A436 autocannon. Introduced in Romanian service in 1980.
Md. 1980/88
Modernized variant with increased accuracy and reliability. Features A436M autocannon. Upgrade was developed in the late 1980's and applied in early 1990's.
Md. 1980 with ACT-30
The Md. 1980 can be fitted with ACT-30 fire control radar with 15 km range. The radar dish is located on the left side of the gun. It seems only few of these were produced. 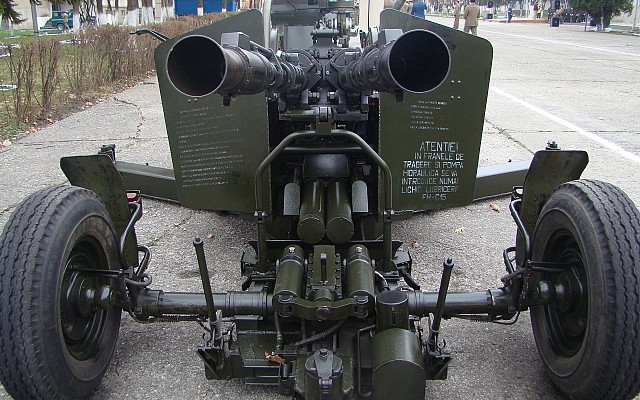 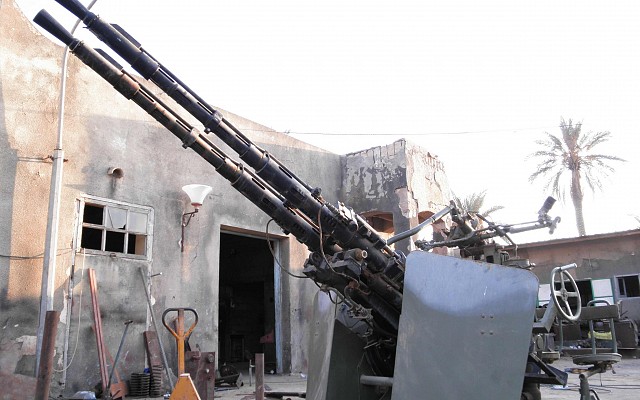 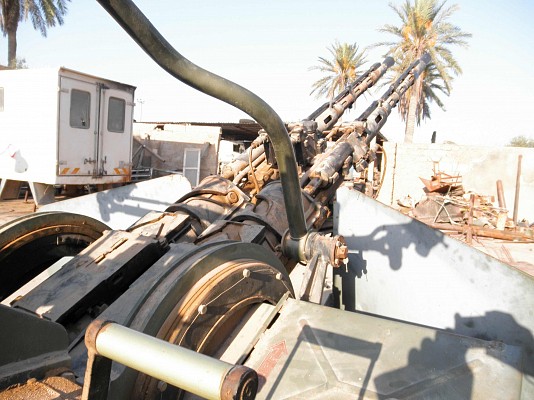 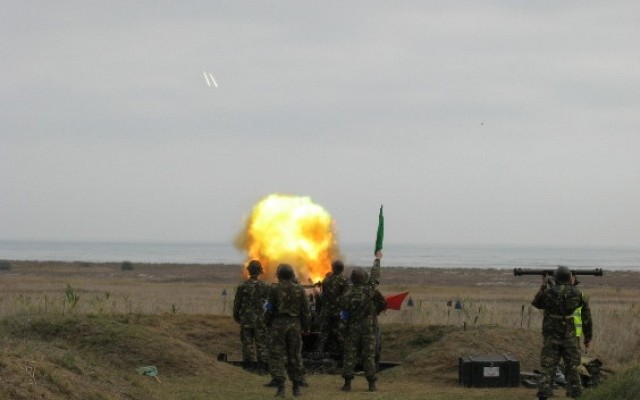 The A436 autocannon is derived from the Soviet water-cooled NN-30 autocannon for naval use. The air cooled A436 is a much lighter design with reduced sustained fire capability. 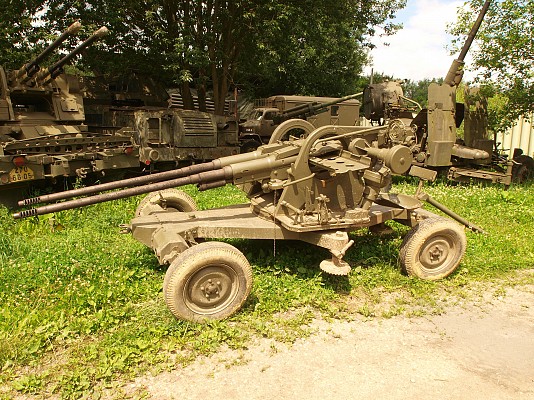 The Md. 80 fires Romanian variants of the 30x210mm Soviet round.