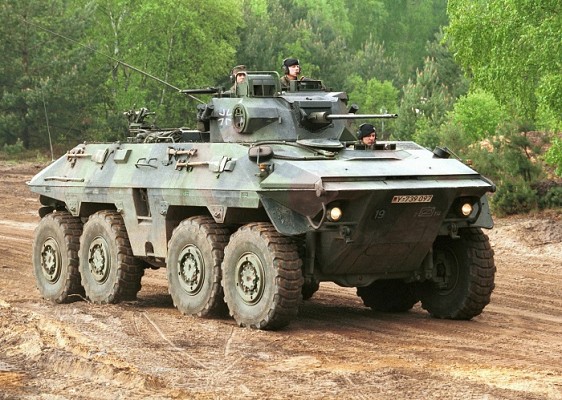 Spähpanzer Luchs in the field. Note the size of the vehicle compared to its crew.

The Luchs is a very large wheeled vehicle with good mobility. A unique feature is that the Luchs can drive as fast in reverse as it can forwards. In reverse the rear facing radio operator acts as the driver. The two man turret is armed with a 20mm Rh-202 autocannon. 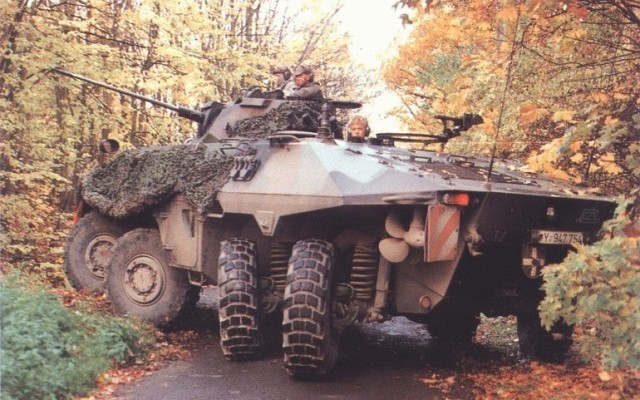 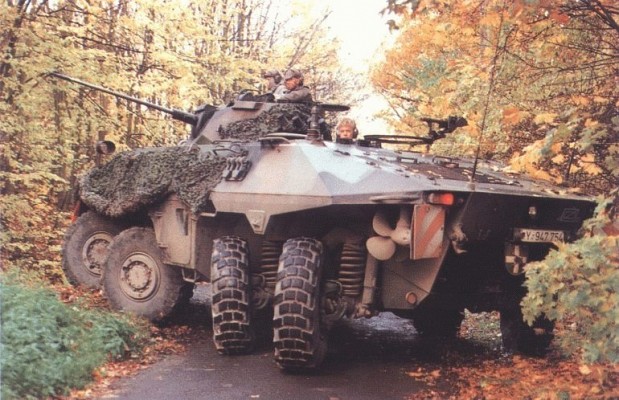 Rear view of a Luchs reconnaissance vehicle making a turn in the forest. Noe the rearwards facing radio operater who serves as a driver when moving in reverse. 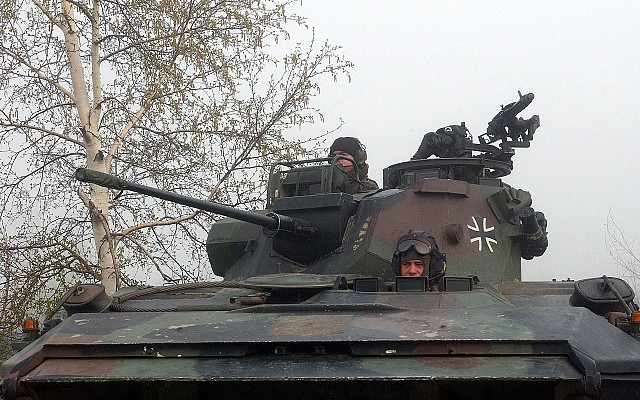 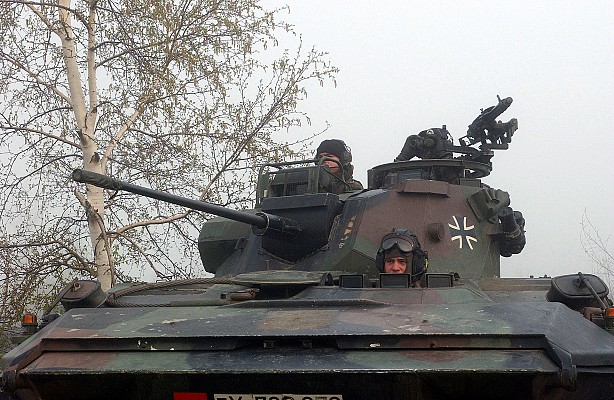 Close-up of the turret on a Luchs wheeled reconnaissance vehicle. 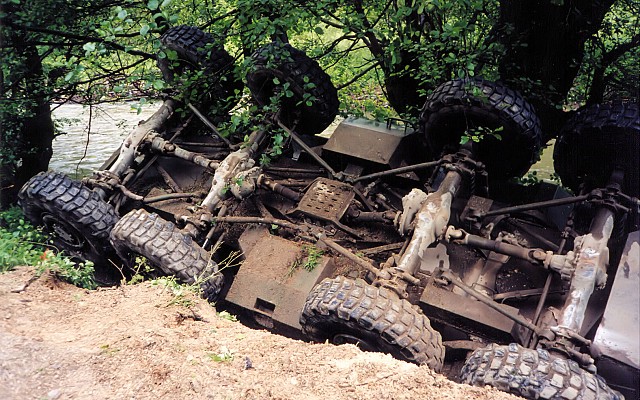 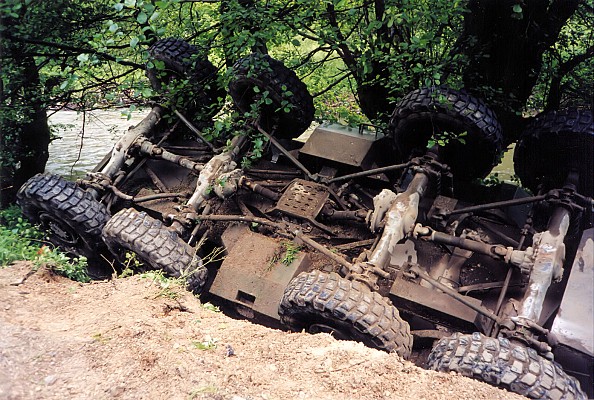 Luchs wheeled reconnaissance vehicle involved in an accident. Note the suspension and all wheel drive. 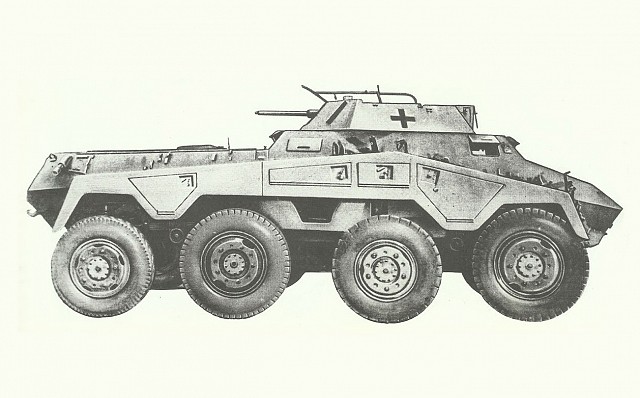 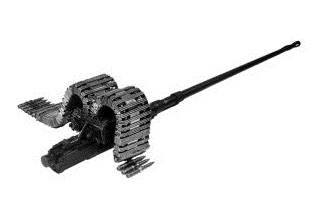 The 20mm MK 20 autocannon is the main armament of the Luchs.