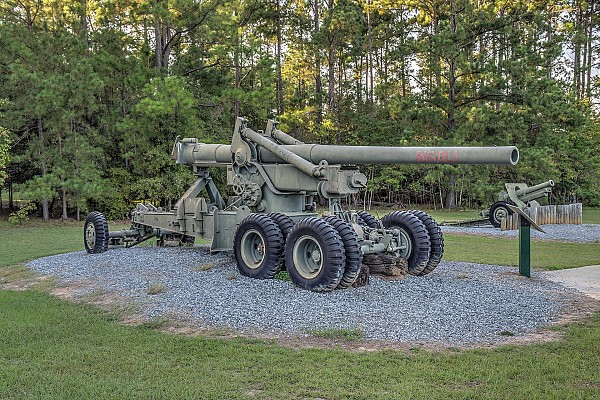 The M59 is a heavy World War 2 era towed howitzer of US origin. It was developed after World War 1 as the 155mm Gun M1 since the US was found to have limited heavy gun capabilities. After World War 2 the "155mm Gun M1" was redesignated M59, but it remains widely known under the popular nickname Long Tom. As a gun the M59 was designed to have a long range and flat trajectory, whereas a traditional howitzer has a shorter range and much higher trajectory.

The M59 uses a long 155mm 45-caliber rifled ordnance without muzzle brake. The lower chassis is a two axle eight wheel split trail carriage with a two wheel limber. The upper carriage holds the gun support systems such as the cradle, recoil system and elevating and traverse mechanisms. In the firing position the spades on the trails are lowered in pre-dug holes and the wheels are raised. A 14 man crew is required for normal operations.

The M59 fires 155mm shells with a weight of around 45 kg at ranges up to 23.7 km. Sustained rate of fire is 40 rounds per hour. Ammunition types include high explosive, smoke, chemical and illuminating shells.

The M59 is a massive gun and hard to transport in the field. During transport the length is reduced by retracting the ordnance over the carriage. Due to its weight M59 cannot be manhandled and requires powerful towing vehicle. During World War 2 the Mack NO 6x6 7.5t truck and M4 High Speed artillery tractor were used.

The M59 was widely used by US forces during World War 2. After the war it was also used in the Korean War and the Vietnam War. By that time it was supplemented by newer types of self-propelled heavy artillery. Many M59 were obtained as military aid by nations with good relations with the United States. 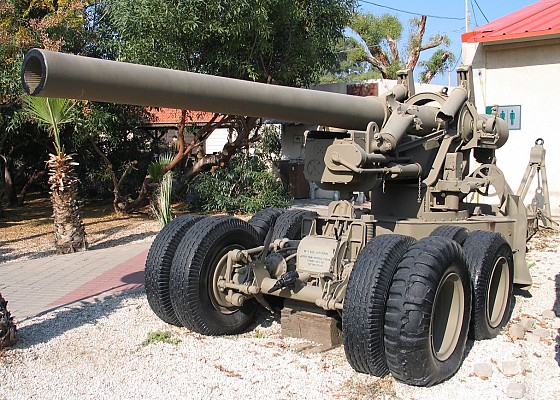 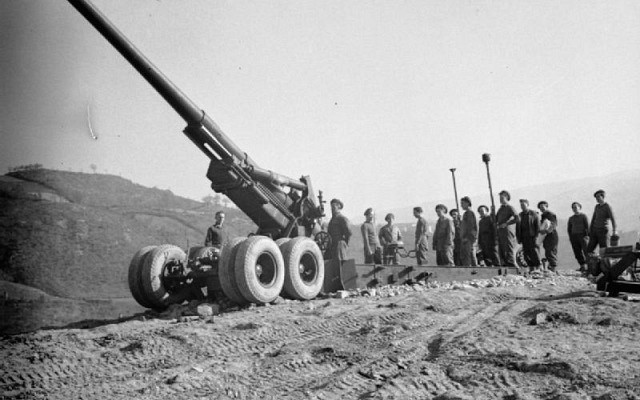 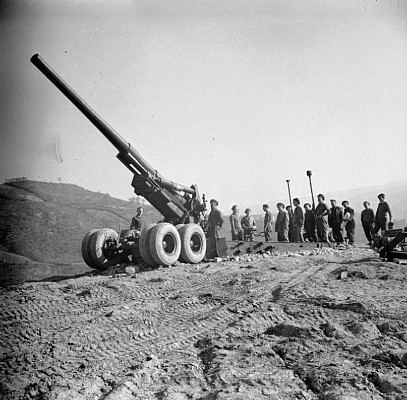 155mm Long Tom in service with UK forces in Italy during World War 2. 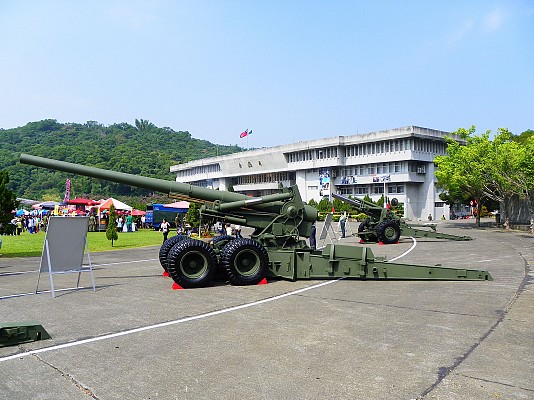 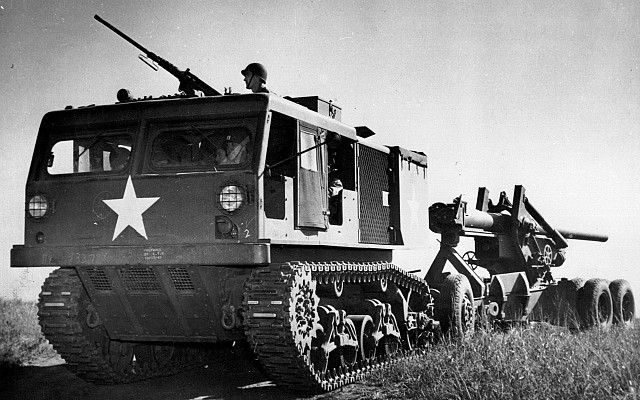 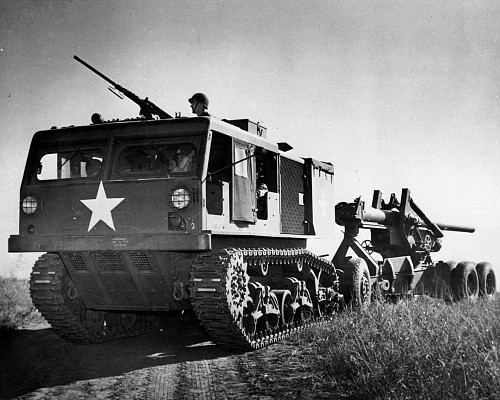 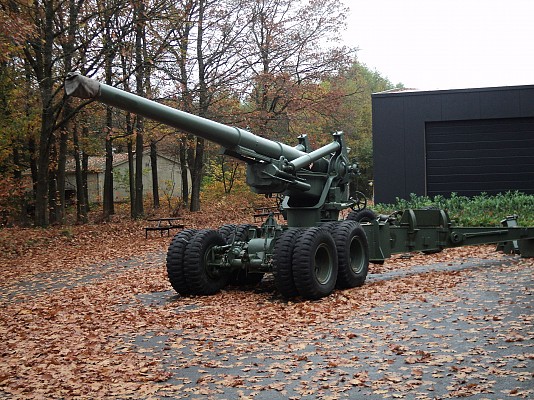 155mm Long Tom on display in a museum in the Netherlands.