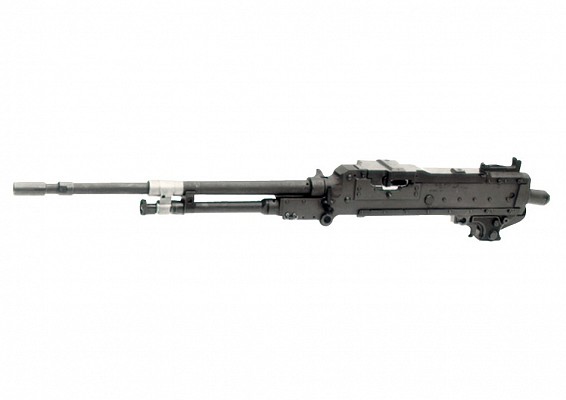 The coaxial models lack buttstock, carrying handle and bipod. They can be either trigger or solenoid fired. Some nations issue egress kits that allow a coaxial model to be converted for infantry use.

Since the early 1960's a wide range of Western vehicles has been fitted with the MAG Coaxial. These range from small armored cars to main battle tanks. The MAG Coaxial remains in widespread service today.

MAG 60.40
Original Belgian coaxial model of the FN MAG. Also known as MAG Coaxial or Coaxe. Various sub models have been developed over the years. These may differ in the type of belt they use, the feed direction on vehicle specific mounting brackets.
M240 & M240C
American production model of the MAG 60.40. The US production models are known as the M240 and M240C, with left and right hand feed respectively.
L8A1 & L8A2
British service models, acquired from Belgium and produced locally. In the UK the coaxial models are known as the L8A1 and L8A2 with improved feed mechanism. The L37A1 and L37A2 are variants of the L8A1 and L8A2 for flexible use. They feature a normal trigger assembly and there is a kit for dismounted use.

The PKT can be considered the Soviet counterpart of the MAG Coaxial. The PKT is a belt-fed machine gun firing the 7.62x54mm Russian round. These machine guns are used in main battle tanks and various light armored vehicles.