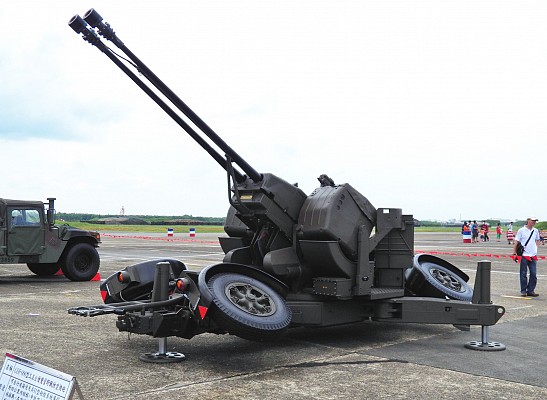 The GDF is a towed anti-aircraft gun of Swiss origin. It was developed in the late 1950's by Oerlikon Contraves and is also referred to as the Skyguard system. The GDF is easily recognizable by its powerful twin 35mm autocannon. The majority of GDF are used in conjunction with the Super Fledermaus or Skyguard radar systems to improve their performance. In the latter configuration surface to air missiles may also be used alongside the GDF to increase the engagement envelope.

The GDF is a large anti-aircraft gun that is based around the powerful 35mm KDA autocannon. Two KDA are mounted side by side with the ammunition is housed on both sides on a turntable on a four wheel carriage. Early models have a crew member on each side to feed the guns, later models feature automated loading. In the firing position jacks and outriggers are lowered and the wheels collapse inwards.

The GDF fires the 35x228mm NATO round. Each KDA autocannon has a cyclic rate of fire of 550 rpm, combining to 1.100 rpm. In a typical engagement 28 rounds are fired. The original models have 112 round ready to fire and an additional 126 on the carriage. The models with automated loading carry 280 rounds. The maximum effective range is about 4 km, but differs per ammunition type and target type and flight pattern. The GDF may also be used against ground targets with devastating effects.

The GDF is based on a large four wheel carriage and is normally towed by a 6x6 truck. The GDF-005 has an onboard APU and older models require a separate generator. The crew, ammunition and additional equipment may be carried on the truck that tows the GDF or radar. The emplacement and displacement time is 1.5 minutes. In case of emergency the GDF may be fired in travel mode.

The GDF is a very successful design and large quantities have been exported and some are produced under license. Over 2.000 units have been sold to over 30 nations. Although it can be considered an old weapon system various upgrades have ensured it remains one of the most capable towed anti-aircraft guns today. The GDF is in use with various Western nations and is also common in Asia and the Middle East. 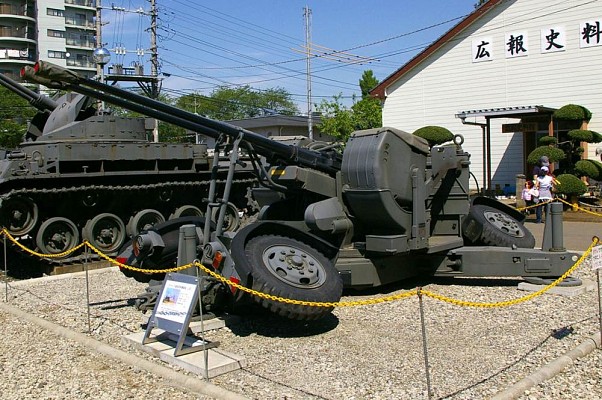 The GDF is a towed two barrel 35mm anti-aircraft cannon. The system is based on a 4 wheel carriage with four outriggers. The crew consists of a single gunner and two ammunition handlers. Power is supplied by an external source. 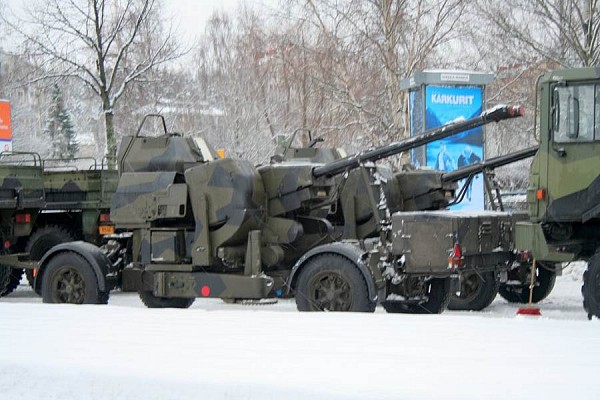 The GDF-005 is a deep modernization of the GDF-003, introduced in 1985. It is fitted with a new sight, an auxiliary power unit and automated ammunition handling. The Gunking computer controlled optronic sighting system automatically calculates range and lead for the operator. The automatic ammunition handling reduces the crew from 3 to 1. 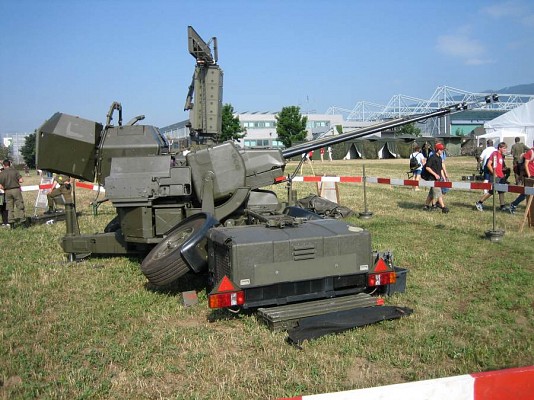 Both older GDF series and the GDF-005 can be upgraded with the AHEAD system, which improves combat performance. The 35mm AHEAD rounds contain steel sub-munitions and are time fused when leaving the barrel.

The Oerlikon GDF series of towed anti-aircraft gun is armed with either KDB or KDC autocannon firing the 35x228mm round.