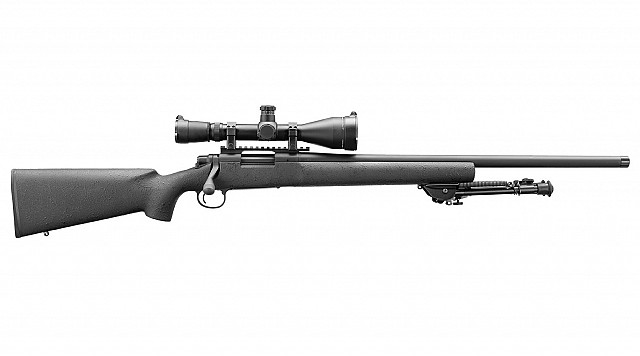 The M700 is a sniper rifle of US origin. The Remington M700 was first introduced in 1962 and was intended for civilian use, such as target shooting and hunting. Right from the start the M700 gained a reputation for being a high quality rifle for good value. The adoption of the M700 as the M40 by the USMC in 1966 opened Remington's eyes for the potential of the M700 as a tactical rifle. With some modifications the M700 proved to be very useful in the tactical role.

The M700 is a bolt action rifle with a classical layout. The bolt design is fairly simple being a two lug rounded bolt. Barrels with various lengths and thickness are available. The civilian versions are available in a staggering 27 different calibers, excluding aftermarket conversions. The tactical models of the M700 family differ from the civilian ones while they are only available with heavy barrels and high quality synthetic stocks. The design allows for a variety of scope mounts, scopes and bipods to suit the users needs.

The tactical rifles in the M700 family are usually chambered in 7.62x51mm. There are two types of bolts available. The short action bolt can handle rounds up to 7.62x51mm in size, the long action bolt up to .338 Lapua. Most models have an internal magazine between 3 and 6 rounds in size depending on the model and the caliber. Since the 90's detachable magazines are available. Remington and the US military claim the effective range to be 800 meters. All M700 models reportedly can deliver a sub MOA accuracy out of the box and barrel life is good. 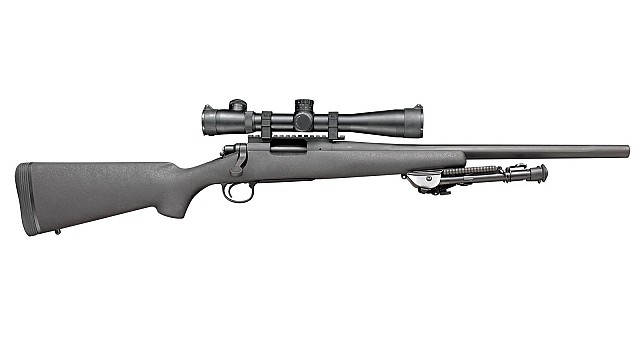 M700 PSS
Remington 700PSS is a police sniper rifle based on the successful civilian M700 range of rifles. PSS stands for Police Sniper Special. The PSS has a high quality Kevlar reinforced synthetic stock and heavy high grade barrel. It can be fitted with a wide array of scopes and bipods.
M700P
The Remington 700P is the current production variant of the PSS and is offered with a wider array of scope mounts, lightened barrel and a detachable magazine.
M700P LTR
The Remington 700P LTR is the Light Tactical Rifle variant of the M700P, which has a shorter fluted barrel. 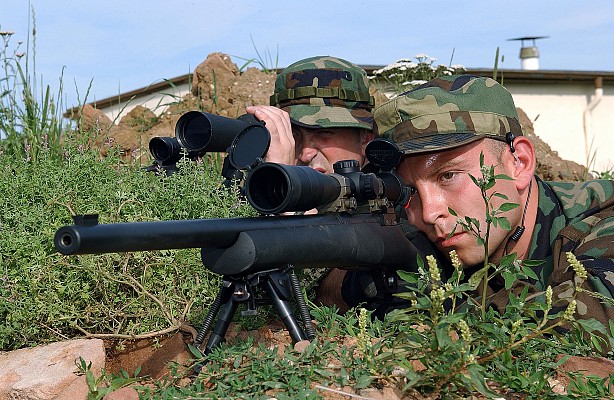 The M24 Sniper Weapon System is a US military variant of the Remington 700 series sniper rifle. The M24 SWS was exported to quite a number of nations.

The AE was developed by Accuracy International to compete with less costly sniper rifles for law enforcement use.