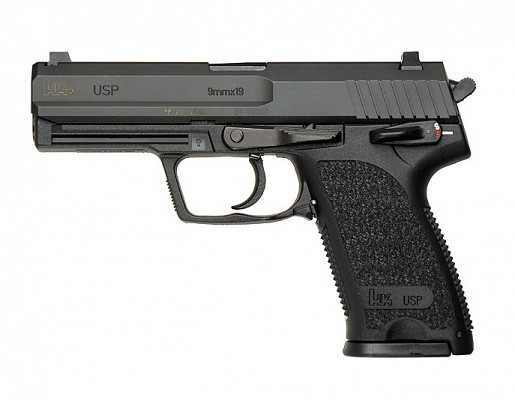 The Heckler & Koch USP is a modern pistol of German origin. Development started in the early 1990's and many features of the Mk.23 SOCOM pistol are present in the USP.