The Mi-24P is similar to the Mi-24V but differs in cannon armament. Whereas the Mi-24V is armed with a 12.7mm Yak-B minigun in a nose turret the Mi-24P has a twin barrel 30mm GSh-30K autocannon alongside the cockpit. The GSh-30K is much more powerful but not as simple to aim as the Yak-B. The P in the designation stands for "Pushka", which is Russian for cannon. Mi-24P Hind-F: The original Soviet army version of the Hind-F. Mi-35P Hind-F: The export version of the Hind-F. 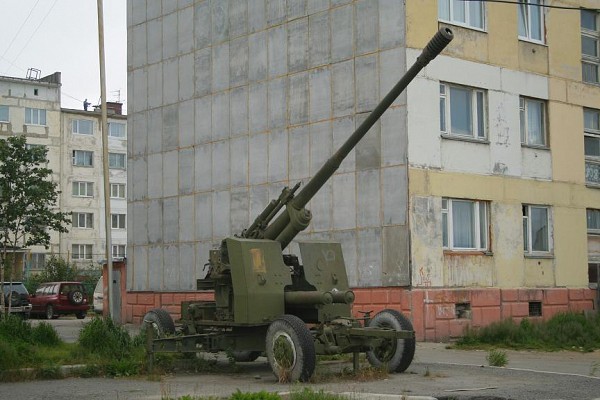 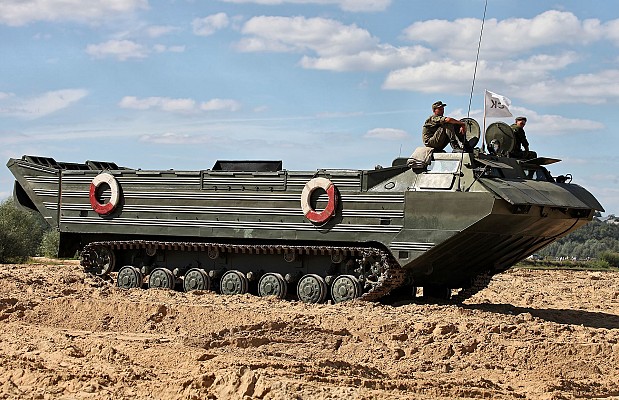 The PTS-2 is a late Cold War era amphibious cargo vehicle of Soviet origin. It is a further development of the PTS-M and is based around the newer MT-T tracked chassis. The PTS-2 is a more capable vehicle that is better suited to salt water operations, albeit in calm weather. Although most source indicate a start of production in 1985, these could have been in service as much as a decade earlier.