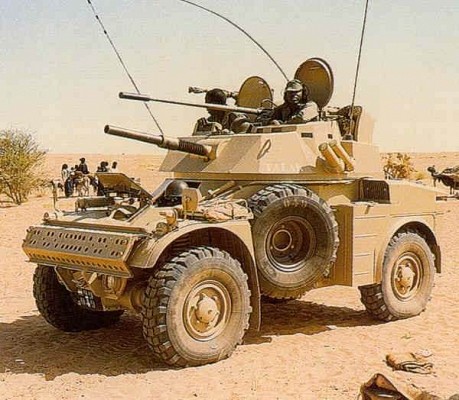 AML-60-20 Serval in use with Niger.
Source: www.bemil.chosun.com - © Copyright lies with original owner

The AML-60 is a reconnaissance vehicle of French origin. It was developed in the 1950's to replace the British Ferret in French service.

The AML-60 uses a 4x4 chassis with sleek armored body with driver in the front, two man turret in the middle and engine at the rear. The design of the body, the bumper and the very large turret give the AML-60 a distinctive look.

The main armament is a 60mm breech loaded mortar. This has a direct fire range of 300 m. In the indirect fire role it has a range of 2.6 km. Ammunition types include high explosive, canister, smoke and illumination. Coaxial armament consists of two machine guns side by side. Some vehicles are fitted with a single 12.7mm M2HB or 20mm M621 instead.

The steel armor provides protection against small arms fire all around. The AML-90 is vulnerable to any heavier weapon and mines.

The AML-60 was adopted in large quantities by the French forces and was exported in even larger quantities all around the world.

AML 60-7
AML-60 with HE 60-7 turret. This is the first production variant, which is fitted with two machine guns as coaxial weapons. Options include the 7.5mm AAT-52, 7.62mm AAT-NF1 and 7.62mm MAG.
AML 60-12
AML-60 with HE 60-12 turret. Armed with 60mm breech loaded mortar with single 12.7mm M2HB heavy machine gun as coaxial weapon.
AML 60-20
AML-60 with HE 60-20 turret. Armed with 20mm M621 autocannon as coaxial weapon alongside the 60mm mortar.
AML 60-20 Serval
AML-60 with increased firepower and fire control systems compared to the other three AML 60 variants. Armed with 7.62mm coaxial roof mounted machine gun and 20mm M693 or HS-820 autocannon on turret roof. Fitted with the same breech loaded mortar as the AML 60, or fitted with a long range mortar with 5 km range.
Eland 60
South African production model of the AML 60-7. Early models were similar to French production variants. Later marks are fitted with a different engine and various other improvements. 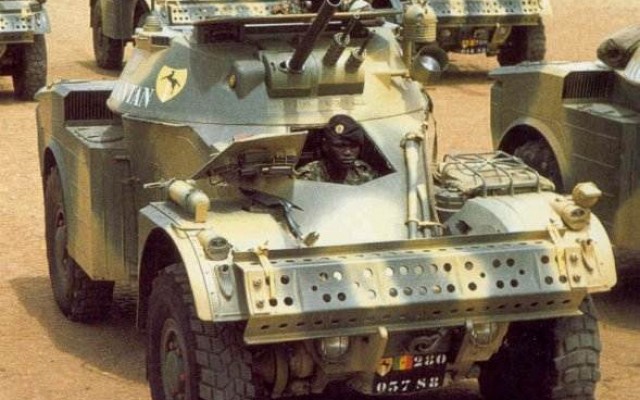 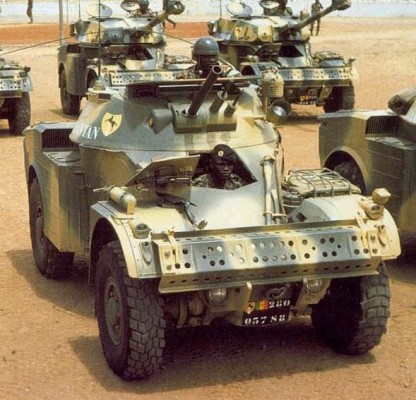 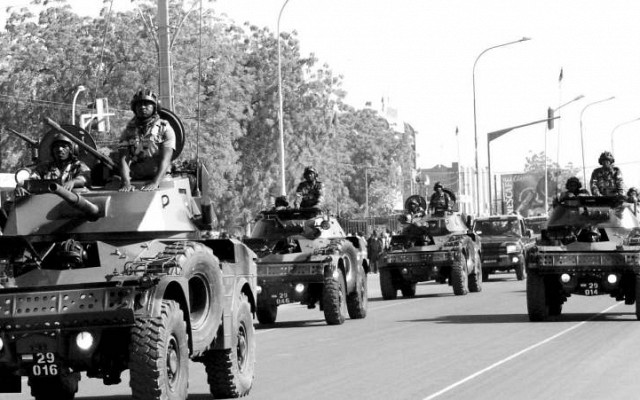 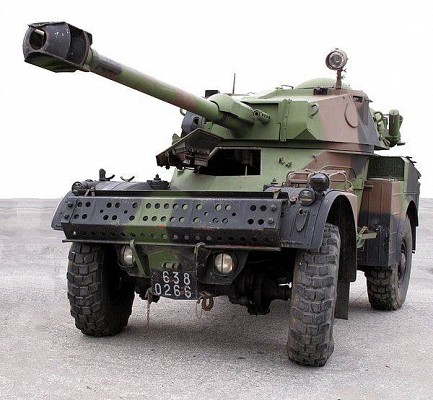 The AML-90 uses the same chassis as the AML-60, but has a larger turret with 90mm rifled cannon.