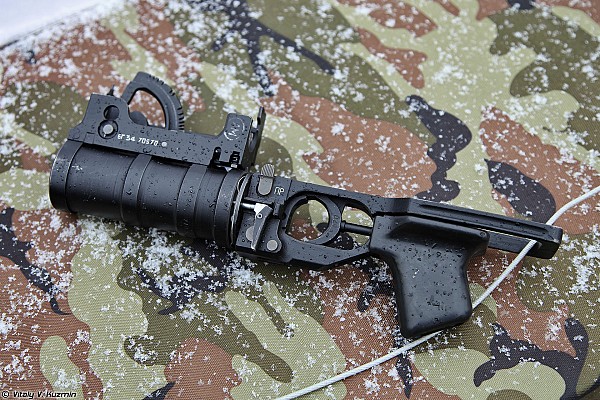 The GP-34 retains the overall appearance of the older Soviet GP-25 and GP-30. It is a muzzle loaded grenade launcher with short pistol grip. It is mounted on a Kalashnikov type rifle by clamping it on the barrel just in front of the handguard. The GP-34 differs from the GP-30 in how the sight works and its safety features. The GP-34 has a mechanism to retain the grenades in the barrel, has a trigger that can be reset upon misfire and allows for loaded grenades to be safely removed. Whereas the GP30 used a ladder sight, the GP-34 uses a mechanical sight with front sight post and rear notch sight. Before firing the sight unit is set at angle which corresponds to the desired range.

The GP-34 was developed to be fitted under a wide range of Kalashnikov rifles. These include the AK-74M, AN-94 Abakan and AK-100 series. Furthermore, it is backwards compatible with older AKM and AK-74 assault rifles. 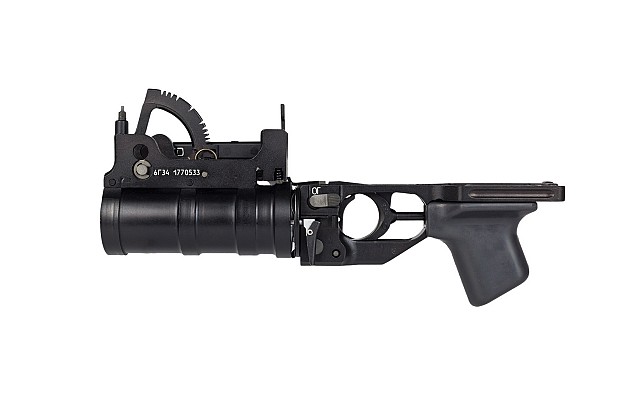 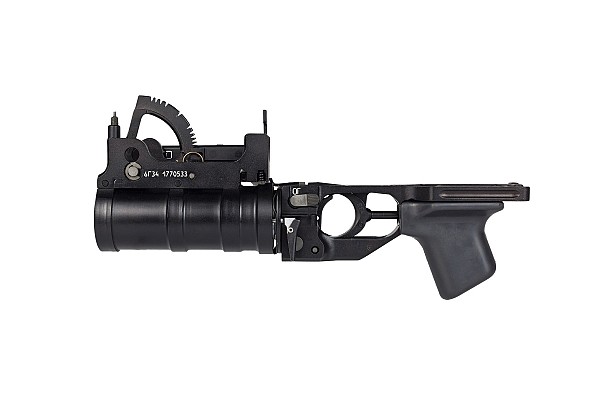 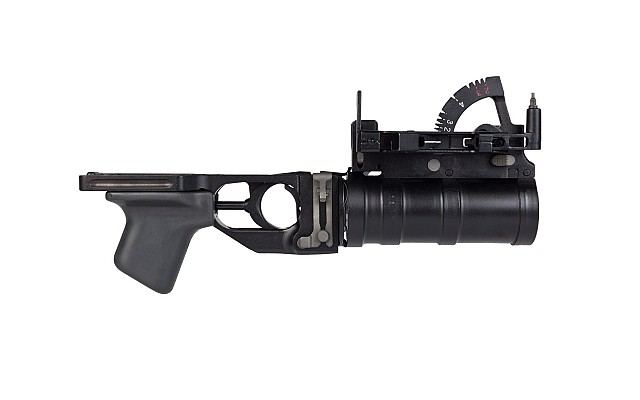 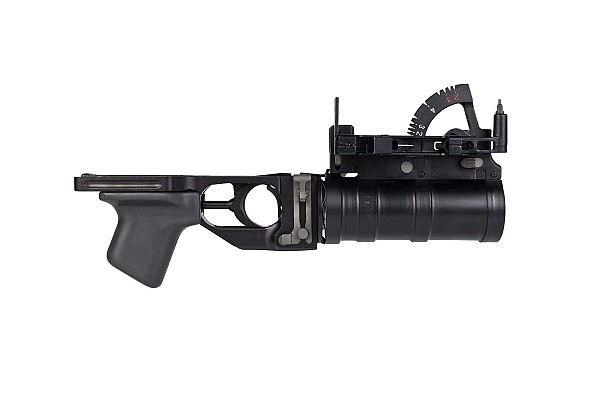 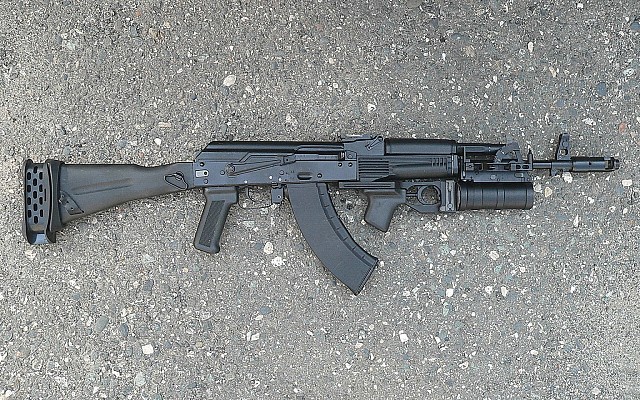 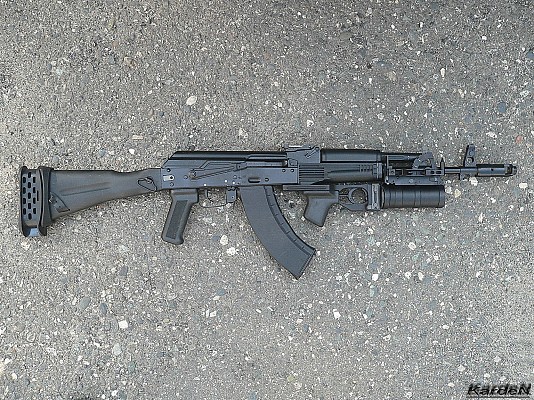 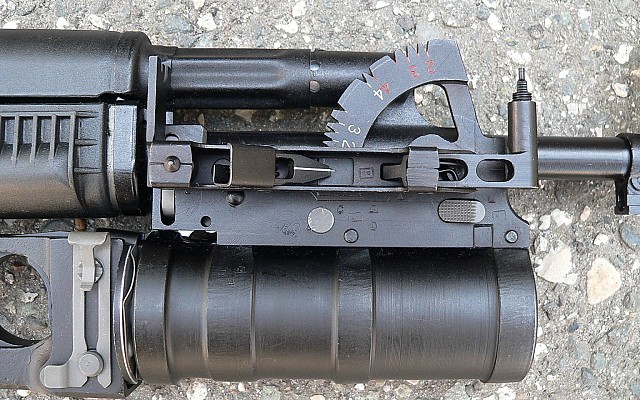 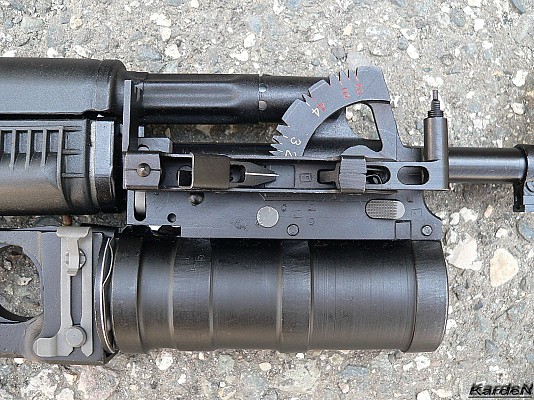 Close-up of the sight unit used on the GP-34 grenade launcher.