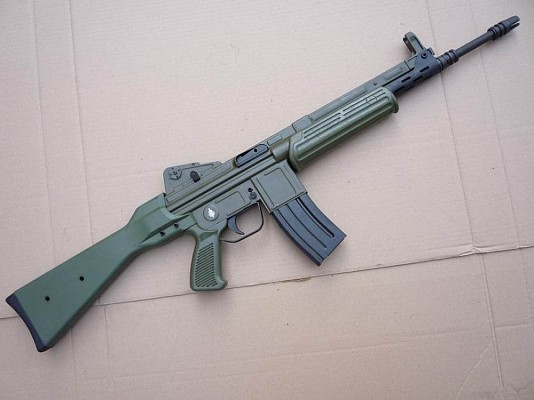 The Model L is a late Cold War era assault rifle of Spanish origin. It was developed in the late 1970's to replace the older Model 58 series of battle rifles in Spanish service. The Model L is a decent rifle but in as introduced in the 1990's was behind the curve in rifle design. The Model L is rather heavy, cannot mount an under barrel grenade launcher and it is difficult to mount optics.

The Model L is an assault rifle that uses the roller delayed blowback mechanism. As such it is very similar to the German HK 33. However, it is a standalone design there is no parts interchangeability with the HK 33. The Model L is mostly made of steel, but features a polymer stock and handguard.

The Model L fires the 5.56x45mm NATO round from 30 round detachable box magazines. The magazine well is STANAG compatible but Spanish issued magazines feature a different feed angle. The Model L is a select fire weapon with a cyclic automatic rate of fire of 650 to 750 rpm. The maximum effective range is quoted as 400 meters. The full size rifle can be fitted with a bayonet and is able to fire rifle grenades.

The Model L rifle and Model LC carbine were the standard issue rifles of the Spanish armed forces from 1987 to 1999. Since then they have been replaced by the German H&K G36 rifle that is produced under license in Spain. The short service life of the Model L is attributed to various reliability issues and difficulty to mount accessories, such as a grenade launcher. The Model L remains in use in very small numbers with several nations. 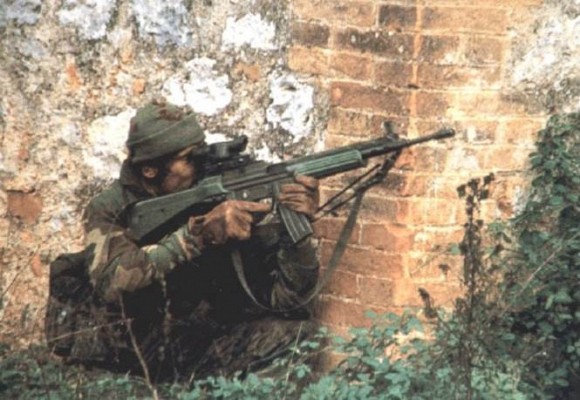 The Model L is th standard full size rifle with fixed stock and full length barrel. Early rifles featured drum sights at the rear. These were changed to two position flip-up sights.
The Model LV is a designated marksman model of the Model L. The 'V' stands for visor, which is Spanish for optic. It features a scope bracket for the British SUSAT or Spanish ENOSA 4x scope. 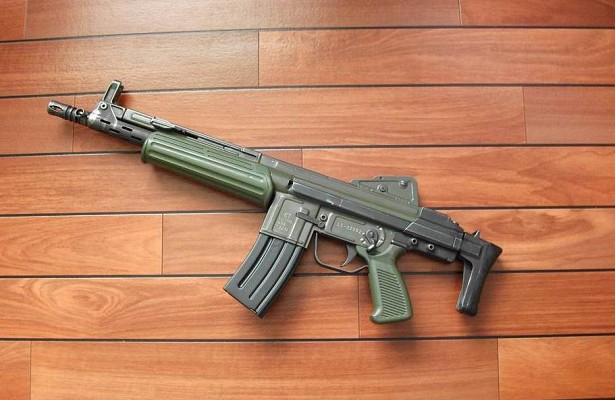 The Model LC is the carbine model of the Model L. It differs in having a shorter barrel and retractable stock. Although it is a carbine the metal stock makes it heavier than its full size counterpart. Due to the shorter barrel it is no longer possible to mount a bayonet or launch rifle grenades.

The Ameli light machine gun was developed about the same time as the Modelo L. It was used alongside the Modelo L in Spanish service.