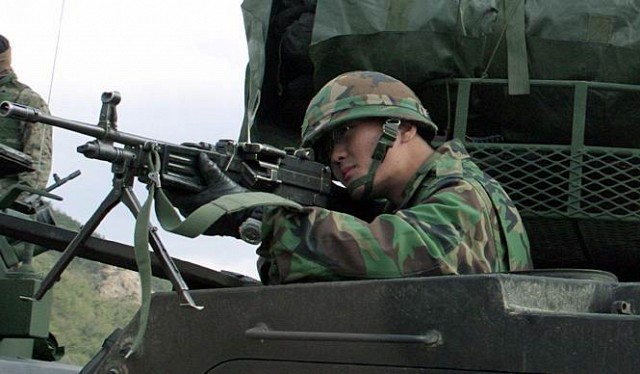 The K3 is a machine gun of South Korean origin. It was developed by Daewoo in the late 1980's to replace the heavier M60 as an infantry weapon in South Korean service.

The K3 is a belt fed and gas operated machine gun with quick change barrel. The design is a near direct copy of the Belgian FN Minimi light machine gun and looks very similar. The forearm, pistol grip and fixed stock are made from polymer. A bipod and carrying handle are fitted.

The primary user of the K3 is the South Korean military, using it as a standard issue weapon. The K3 has been exported to various Asian and South American nations. 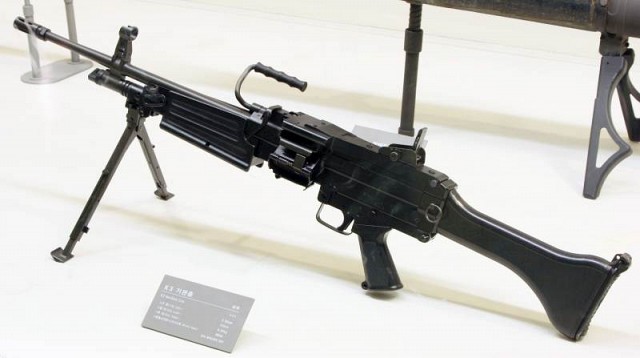 The K3 is a conventional 5.56mm light machine gun. It looks rather similar to the Belgian Minimi and Israeli Negev.

The K3 can be identified by the shape of the fixed plastic stock and handguard. Unlike the Minimi and Negev the K3 comes only in one version, a compact version has not been developed.

The K3 was developed to replace the heavier M60 in infantry sections in the South Korean military.