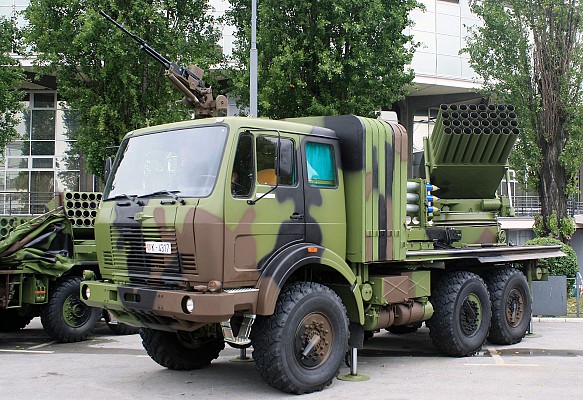 The M-77 Oganj is a multiple rocket launch system of Yugoslav origin. It was developed from the late 1960's to the mid 1970's. The name M-77 refers to the year of adoption. The M-77 Oganj can be considered the Yugoslav counterpart to the Soviet BM-21 Grad and Czechoslovak RM-70. Unlike the RM-70 the ammunition is not interchangeable with the BM-21.

The M-77 Oganj is based on a 6x6 tactical truck and features a 32 barrel launcher at the rear. In a similar fashion as the Czechoslovak RM-70 a second load of 32 rockets are stored between the cab and the launcher. This allows for a fast second salvo in about 3 minutes after the first salvo. The launcher can be covered by tarpaulin, disguising the M-77 Oganj as a regular truck when on the move.

The M-77 Oganj fires 128mm caliber artillery rockets. These feature high explosive warheads. Although the caliber is similar to the M-63 Plamen, the rockets are not interchangeable. The M-77 rockets are longer and carry more fuel. This results in a longer range of 20.6 km. For self-defense a 12.7mm M87 heavy machine gun is fitted on top of the cabin.

The M-77 Oganj is based on the FAP 2026 6x6 tactical truck. This provides a good all terrain performance. The Mercedes-Benz diesel engine allows for a maximum speed of 80 km/h on roads.

The M-77 Oganj was adopted by the military of Yugoslavia. At least 95 vehicles have been produced. It remains in use with various sucessor states. Serbia offers several types of modernization for the M-77 Oganj. These range from improved ammunition to a modular design that can fire several different kinds of artillery rockets. 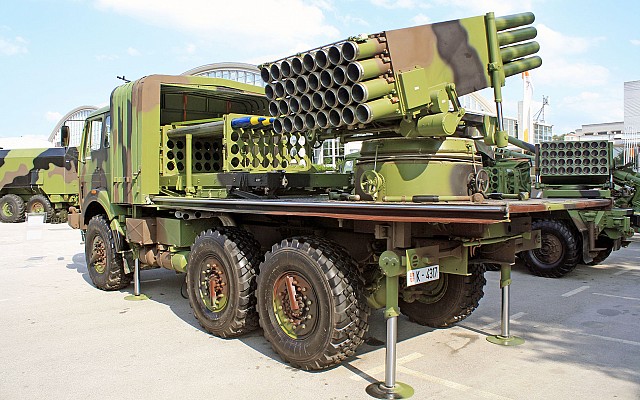 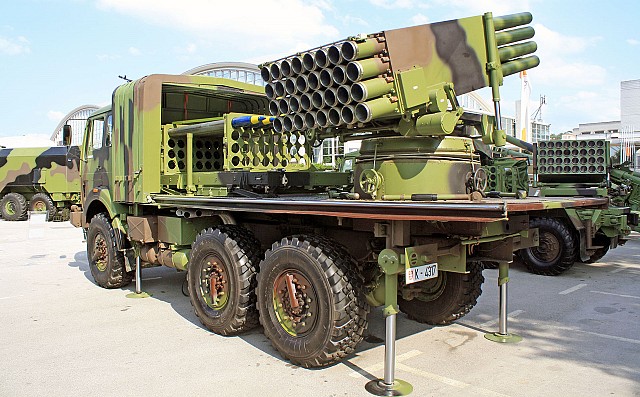 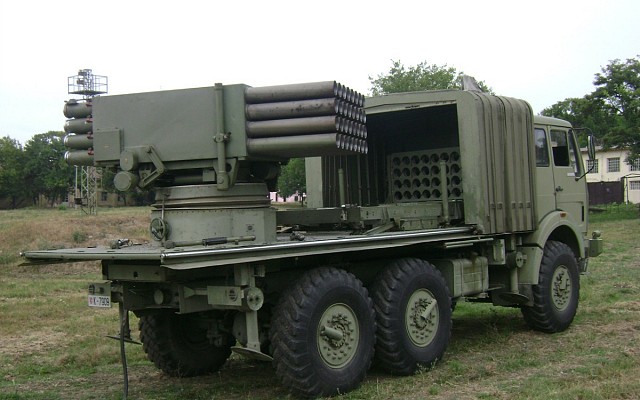 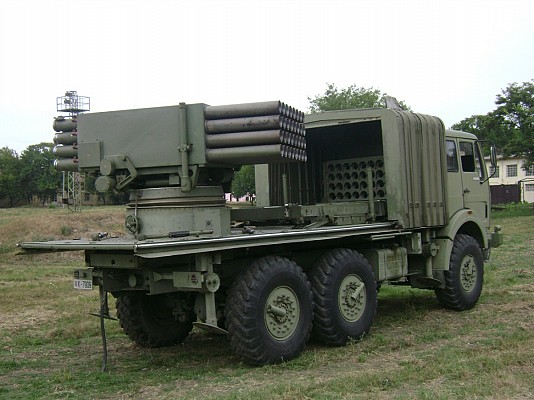 M-77 Oganj multiple rocket launcher. Note that the launcher is traversed but the jacks aren't lowered. 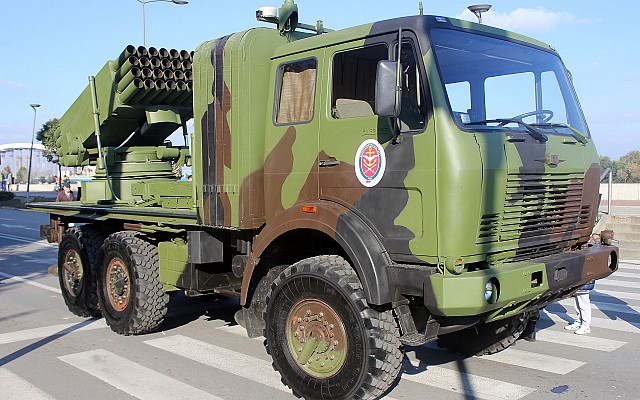 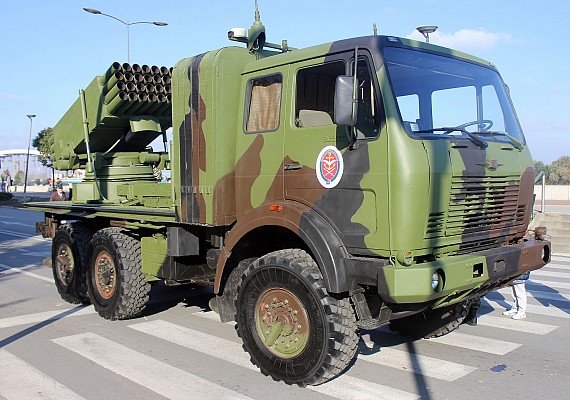 Left side view of Serbian army M-77 Oganj taking part in a parade in 2016. 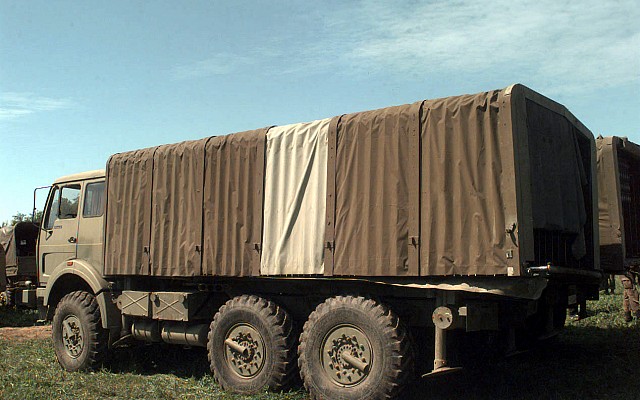 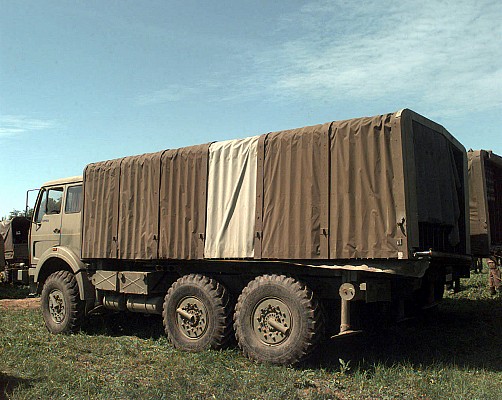 M-77 Oganj shown in transport configuration. Note the tarpaulin cover that disguises the Oganj as a regular truck. 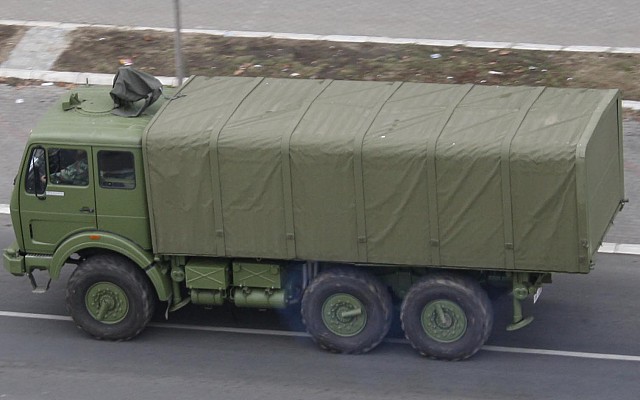 Top view of M-77 Oganj shown in transport configuration. Note the tarpaulin cover that disguises the Oganj as a regular truck. 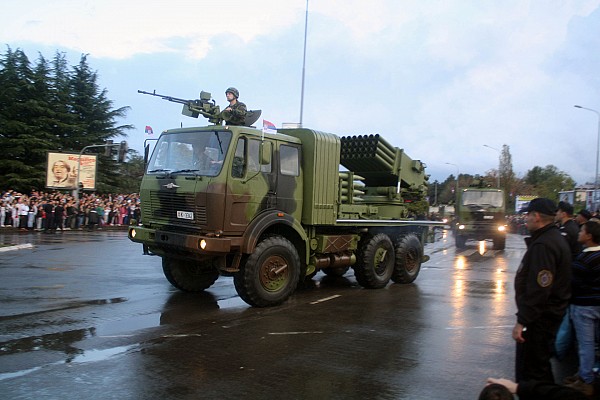 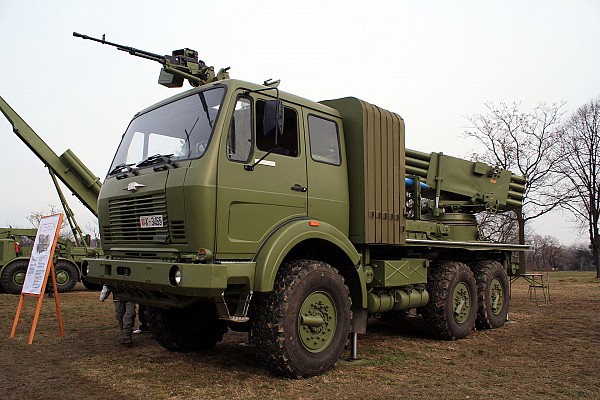 Serbian army M-77 Oganj on display after a military exercise in 2011.

The Oganj is easily mistaken for a derivative of the BM-21 Grad. Both systems fulfill a similar role, but the Oganj is of different caliber and design.