The MG3 is an early Cold War era machine gun of German origin. The MG3 is a designation for various machine guns developed when Germany entered NATO. These are basically is a conversion of the MG42 machine gun which was widely used by Nazi Germany during World War 2. Besides the Belgian MAG the MG3 was the most common type of Western machine gun during the Cold War.

The MG3 essentially is a conversion of the MG42 to 7.62x51mm NATO. Early versions were simply conversions but later versions feature a multitude of minor upgrades in various areas. The MG3 retains the short recoil operation and roller locking mechanism. It is belt fed only and feeds from left to right. The square slotted forearm is open on the right hand side to allow the quick change barrel to be replaced. The MG3 can be used from the attached bipod, from a tripod mount and as a pintle mounted or coaxial machine gun.

The MG3 fires the 7.62x51mm NATO round from 50 round DM1 continuous belts or M13 or DM6 linked belts, mostly of 120 round length. The cyclic rate of fire is about 1.200 rpm. This results in a high ammunition consumption and rapid overheating. The barrel should be changed every 150 rounds fired in rapid succession. The MG1A2 and MG42/59 versions have a lower rate of fire of 900 rpm. The maximum effective range is 600 m from the bipod and 1 km when used from a tripod. The slant range is much longer.

The first user of the MG3 family was the West German military, who adopted the MG3 for infantry, flexible and coaxial use. Various European nations adopted versions of the MG3 and produced them under license. The MG3 was also widely exported to Asia, the Middle East and Africa. The MG3 remains in use today, but in the infantry role it has often been replaced by light machine guns. 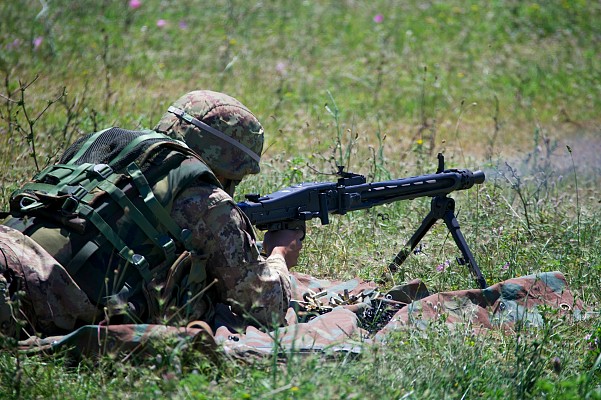 MG1
The MG1 is the first 7.62mm NATO development and is little more than a MG42 produced in 7.62x51mm.
MG2
The designation MG2 applies to stocks of World War 2 era MG42 converted 7.62x51mm NATO. These are practically similar to the original MG1.
MG1A1
Production of the MG1 soon switched to the MG1A1 with the sights calibrated for the new caliber. All existing MG1 were refitted with these sights. The MG1A1 is also known as the MG42/58.
MG1A2 & MG42/59
The MG1A2 features a heavier bolt for a reduced rate of fire of 700 to 900 rpm. First variant able to use both non-disintegrating DM1 belt and disintegrating M13 belt. The MG1A2 is better known as the MG42/59 for export and was widely produced under license.
MG1A3
Update introduced in 1965. The MG1A3 is quite similar to the MG1A2, but features an improved bipod and uses the standard bolt with associated higher rate of fire.
MG3
The is the latest German development and was introduced in 1968. The MG3 uses an improved feed mechanism and is fitted with flip-up anti-aircraft sights.
MG3A1
The MG3A1 is the armor machine gun version of the MG3. The earlier MG1A4 and MG1A5 are armor machine guns based on MG1 and MG1A3 respectively. 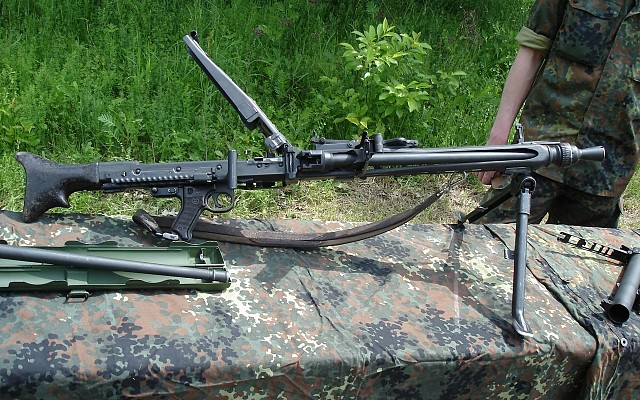 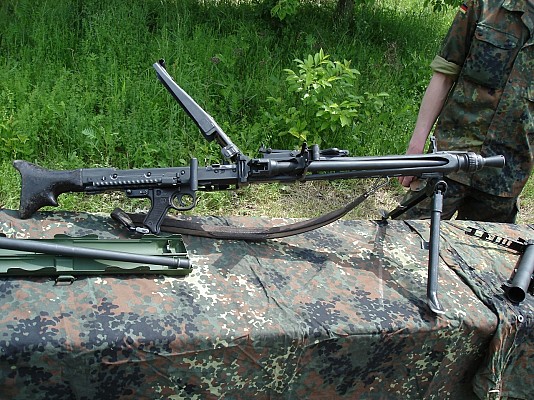 German army MG3 machine gun on public display. Note the open dust cover and that the barrel is partially removed from the gun. 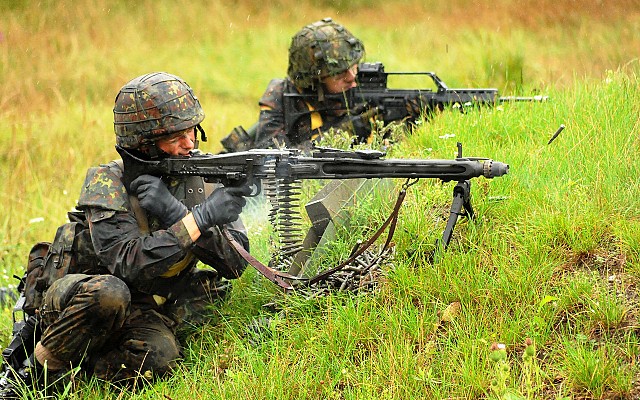 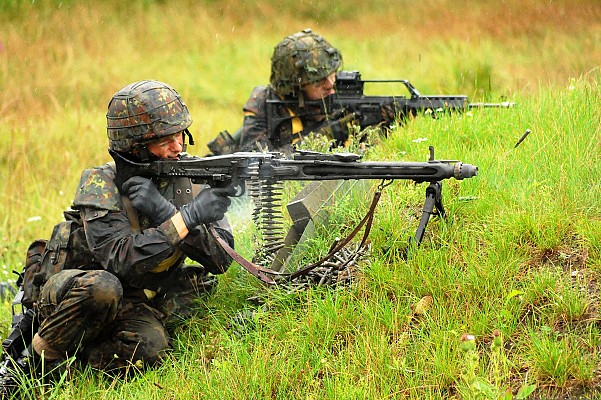 German soldier with MG3 machine gun during a live fire exercise in 2010. 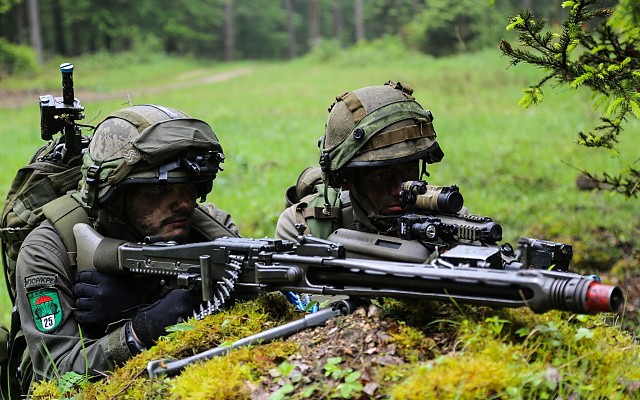 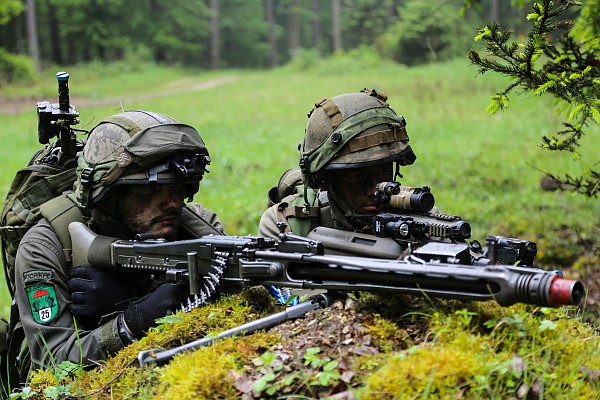 Austrian soldiers with their MG 74 machine gun on a tripod mount during an exercise in 2014. Note the blank firing adapter on the muzzle and non-disintegrating belt. 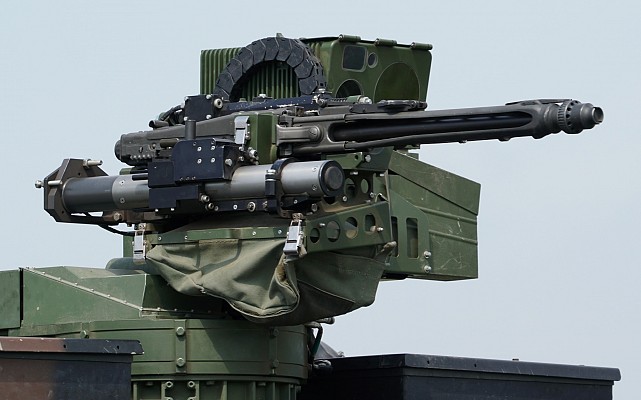 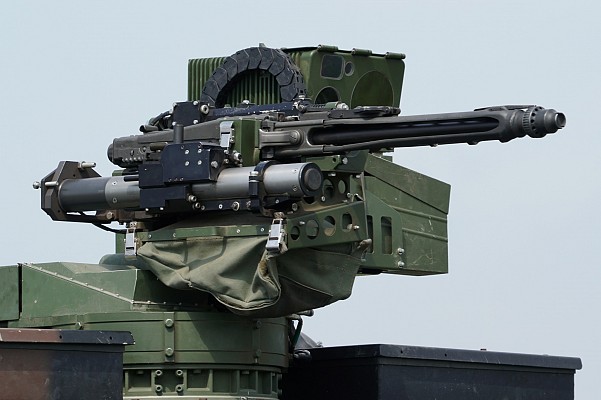 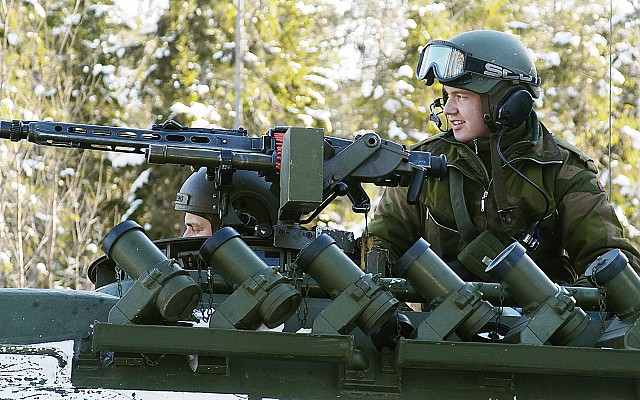 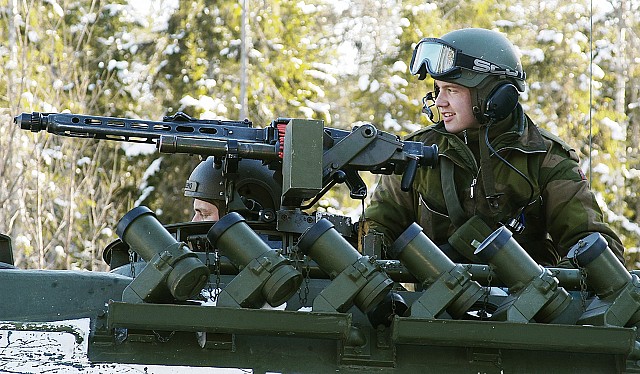 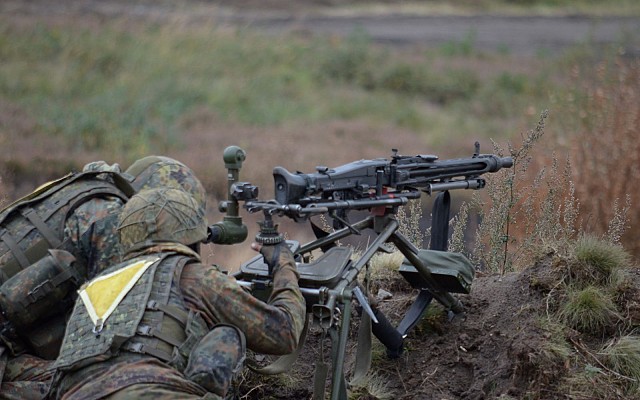 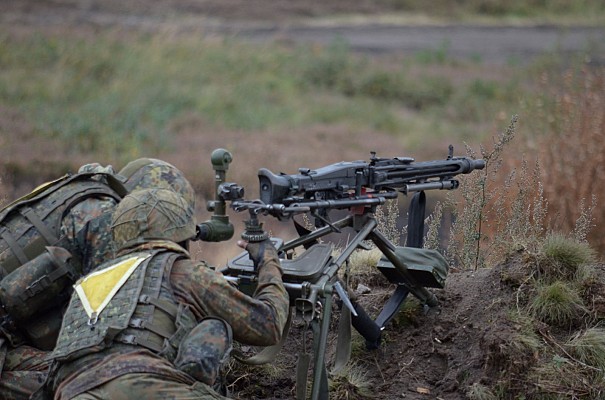 German troops training with MG3 machine gun on tripod mount in 2012. Note the optical sight on the tripod. 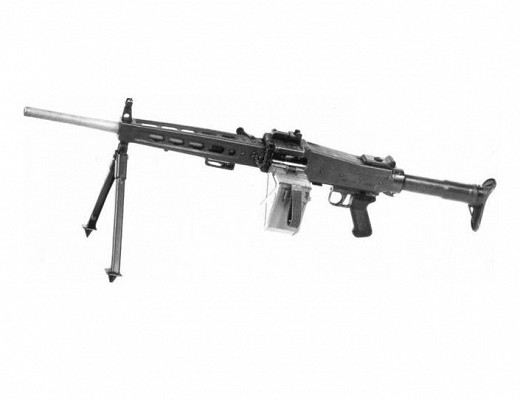