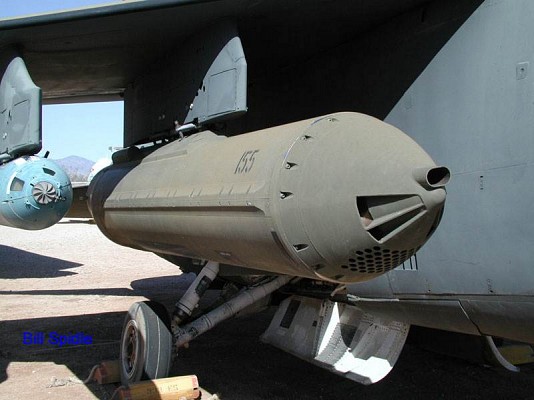 GPU-5/A pod under the wing of an A-7 Corsair.
Source: Bill Spidle @ www.primeportal.net - © copyright lies with original owner

The GPU-5 is a large and powerful gun pod of US origin. It was developed in the late 1970's by General Electric to provide fighter aircraft with a similar capability as the A-10 Thunderbolt with its enormous 7-barrel GAU-8/A Avenger autocannon. The GPU-5 is one of the most powerful gun pods in existence which comes at the cost of enormous weight and serious recoil. For those reasons the GPU-5 never became popular.

The GPU-5 is a round pod which mounts a single four barrel GAU-13/A autocannon which spans the entire length of the pod. The GPU-5 requires no external power since a pneumatic drive unit is located at the rear behind the gun. The ammunition is stored in a two layer helical linkless feed system which is located around the barrel in the forward half of the pod. Spent cases are reinserted in the feed system. Recoil adapters located in the strongback absorb most of the massive recoil.

The GPU-5 is armed with a single four barrel GAU-13/A autocannon that uses the same range of 30x173mm ammunition as used in the larger GAU-8/A Avenger. The GAU-13/A has a rate of fire of 2.400 rpm and has a spin up time of 0.4 seconds. The 30mm rounds are able to penetrate the top armor of any vehicle. The maximum effective range is 3 km against area targets and over 1 km versus a single vehicle. 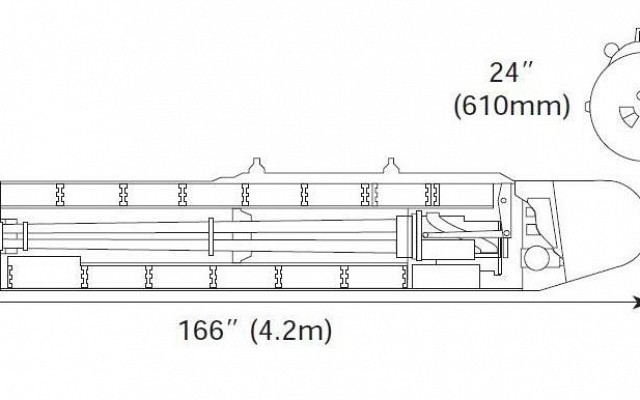 Line drawing of the front and internal arangement of the GPU-5/A gun pod. 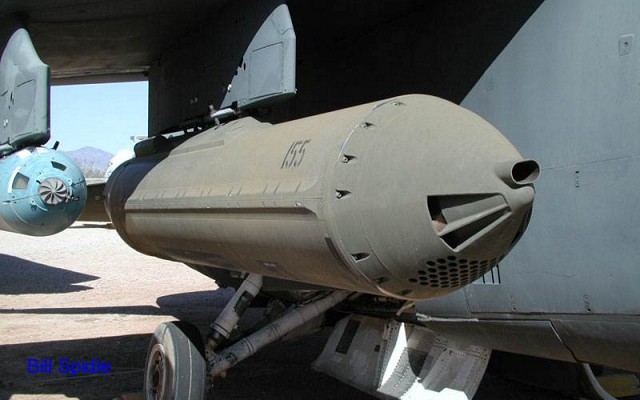