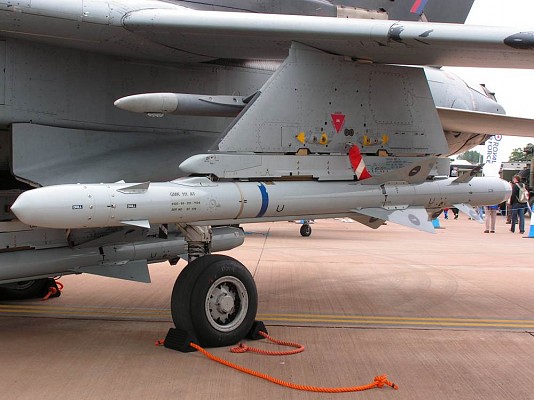 The ALARM is an anti-radiation missile of UK origin. It was designed for the suppression of enemy air defences. The name ALARM stands for Air Launched Anti-Radiation Missile. The ALARM was selected over the proven American AGM-88 HARM, partly because of its unique loitering capability. Today the ALARM remains one of the most capable anti-radiation missiles available.

As an air launched missile the ALARM has a conventional design. The seeker and warhead are housed in the nose and the engine makes up the rest of the missile. The unique feature in this missile its loitering mode. Aside from a direct attack pattern it may travel up to 13 km altitude and if the target radar shuts down it slowly descends using a parachute. When the target radar lights up again the secondary rocket motor is fired.

The ALARM uses as passive radar seeker. This allows it to autonomously home in on an enemy radar. Unlike the older generation of anti-radiation missiles the ALARM has a wide spectrum passive seeker. This means that it can be used against a wide range of radar systems without the need to select a specific seeker for a specific type of threat.

The ALARM features a high-explosive warhead. A laser fuse will set off the warhead before impact in order to increase the chance of destroying the radar dish and ground equipment. The effective range is quoted as 45 km, although the maximum range may be as high as 93 km.

The ALARM can be carried by the Tornado IDS and Tornado F3 fighter aircraft. It can also be carried by the Jaguar ground attack fighter. It was to be integrated on the Eurofighter Typhoon, but that requirement is believed to have been dropped.

The ALARM has been adopted by the UK and Saudi Arabia. In both nations it remains in active use and the ALARM is still available for export. The ALARM has been used in first Gulf war, the Kosovo war, 2003 invasion of Iraq and the 2011 Libya strikes. 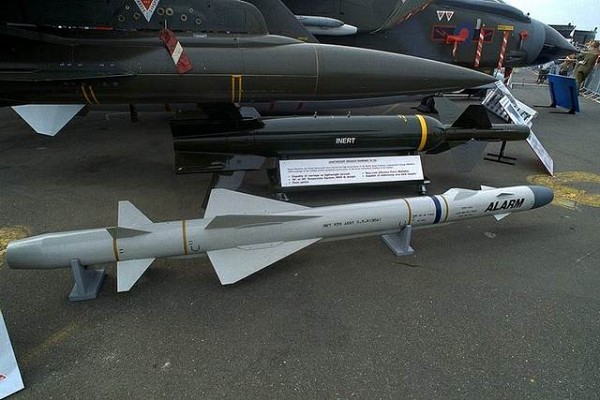 The ALARM is a modern anti-radiation missile with unique loitering capability. The ALARM can be recognized by the four small fins at the front and two sets of four fins at the rear.