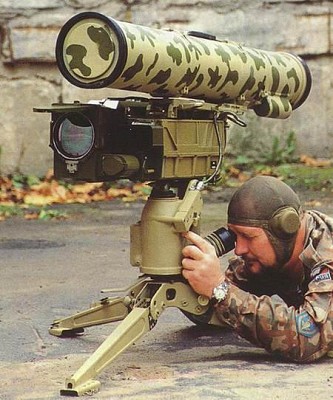 The 9K135 Kornet is a modern man-portable anti-tank guided weapon of Russian origin. In the West it is known under the NATO designation AT-14 Spriggan. The Kornet was developed as a more capable and longer range alternative to the late Cold War era 9K111 Fagot (AT-4 Spigot) and 9K113 Konkurs (AT-5 Spandrel) in Soviet service. Since the Kornet is heavier and more expensive it was always intended as a supplementary system, not a system to replace all existing systems in use.

Externally the Kornet system looks similar to older Soviet manpack anti-tank guided weapons. The tripod launcher houses the sight unit and a single missile in its launch container. The 9M133 missile has an unconventional internal layout. The nose houses the guidance section, with the laser beam sensor is located at the rear in order to function. Also the warhead is located behind the rocket fuel. This has the advantage of allowing more time for the precursor charge in the nose to detonate explosive reactive armor. A downside is that having more components between the plasma jet and the target. Occasionally the plasma jet is deformed with much reduced penetration as a result.

The Kornet has good penetration statistics on paper. Its tandem HEAT warhead may penetrate well over 1.000 mm RHA behind ERA. Alternatively a thermobaric warhead is available for use against structures and infantry in the open. The Kornet has a good range of 5.5 km in daylight and 3.5 to 4.5 km when using the night sight. The Kornet-M has an increased maximum range of 8 to 10 km. The subsonic missile does take about half a minute to reach its maximum range.

The Kornet is a man portable system. The tripod launcher with a missile ready to fire weighs about 66 kg. When the load is divided over multiple people the Kornet can be carried over long distances by infantry. However, most standard operating procedures have the Kornet and its crew transported by vehicle.

Vehicle mounted Kornet systems can be divided into two categories. Many light vehicles use a pedestal mounted manpack launcher. Often these launchers can also be used away from the vehicle. Dedicated tank destroyers using the Kornet missile have been developed on wheeled and tracked vehicles. These vehicles either have multiple missiles ready to fire or use an automated reloading system. Furthermore, these dedicated tank destroyer vehicles feature better sight units, allowing them to engage targets at longer range, especially at night.

The Kornet has been in Russian use since the late 1990's, but not in large numbers until the 2010's. It has been exported in both small and large numbers. Most export users are located in the Middle East, where it has already been used in various conflicts. The Kornet is also used by several South American and African nations. 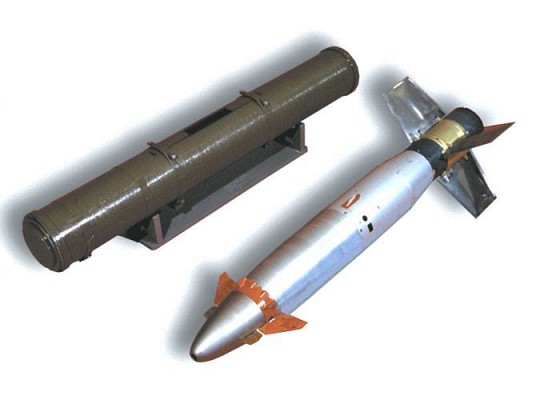 9M133
Early anti-tank missile with tandem HEAT warhead as introduced in the late 1990's. Maximum range is listed as 5.0 km versus the 5.5 km of other Kornet missiles.
9M133-1
Improved production model of the 9M133. Possibly introduced in the 2000's. Most numerous version of the Kornet.
9M133F
Early missile type with thermobaric warhead. Intended for use against infantry in the open and emplaced weapons.
9M133F-1
Thermobaric warhead of the 9M133F used on the improved 9M133-1 missile.

9M133M-2
Long range variant of the Kornet with improved tandem HEAT warhead. Maximum range is increased to 8.0 km.
9M133FM-2
Variant of the 9M133M-2 missile with thermobaric warhead. Intended for use against infantry positions.
9M133FM-3
Variant of the 9M133M-2 missile with lighter HE-Frag warhead in exchange for longer 10 km range. The HE-Frag warhead is also suitable for use against light armored vehicles, whereas the thermobaric variants are less useful. 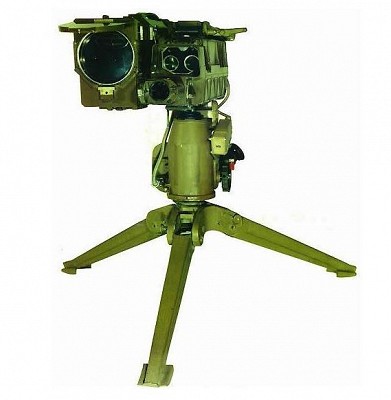 Manpack launcher for infantry use. Consists of a tripod, 1PN79-1 thermal sight unit and associated 1PN45-1 optical tracker and guidance computer. A single missile tube is mounted on top of the launcher. A wide range of light vehicles has been fitted with the 9P163 manpack launcher on a pedestal mount. The BMP-2M is an upgrade package of the BMP-2 mechanized infantry combat vehicle. The Berezhok turret is fitted with two Kornet missiles on either side of the turret. 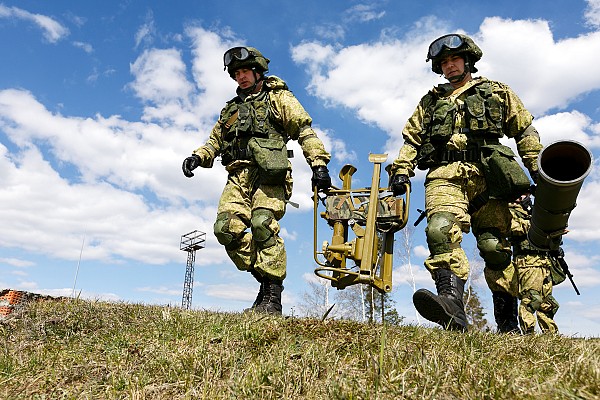 Russian soldiers showing the portability of the Kornet anti-tank missile. 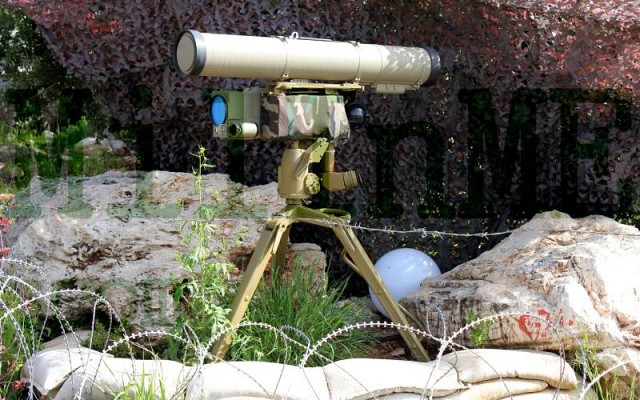 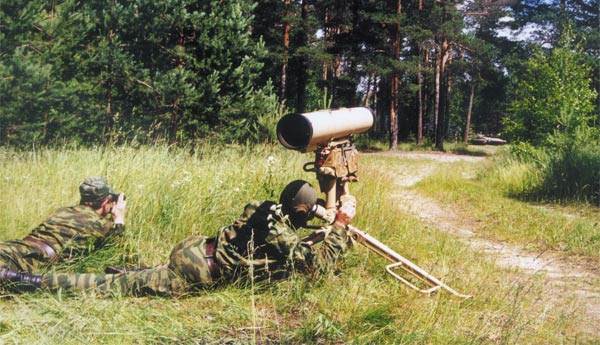 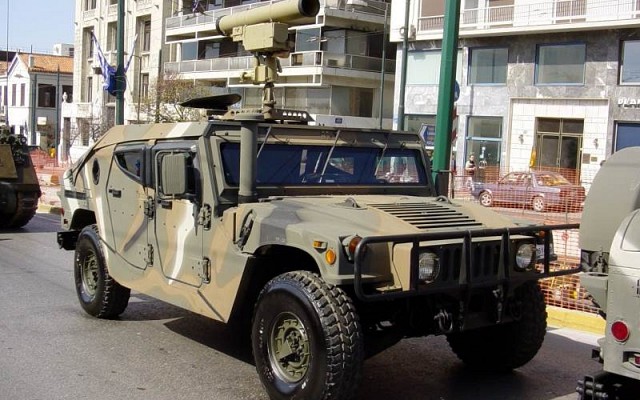 A 9M133 missile being launched from a 9K133 Kornet manpack launcher. 9M133 missile alongside its launch container. Forward view of prototype Kornet-T tank destroyer based on the BMP-3 chassis.

The 9K135 Kornet was developed as a more capable replacement for earlier wire guided anti-tank missiles such as the Konkurs.