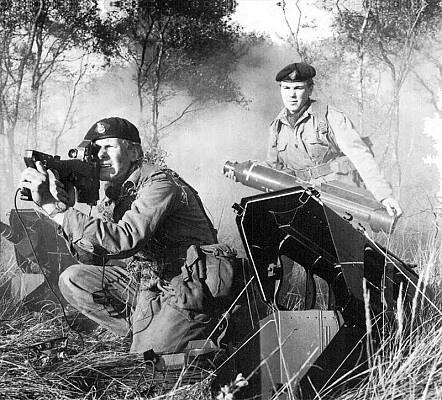 Staged photo of a Vigilant missile being guided onto target.
Source: US Army - © Public domain

The Vigilant is a wire guided anti-tank missile. The transport container doubles as a launch tube when opened and installed at an upward angle. The separate control station is shaped somewhat as a rifle and held against the shoulder. This features the control computer, 3.2x optical sight and missile controls. The front grip is the trigger and the rear grip features the guidance joystick. While designed as a manpack system, the Vigilant proved easy to modify into a vehicle based system.

The Vigilant is a wire guided anti-tank missile using MCLOS guidance. The operator tracks both the missile and the target and steers the missile onto the target using manual controls. A 3.2x optical sight helps the gunner to track missile and target. For a MCLOS missile the Vigilant proved rather easy to use. The dead zone upon launch is about 200 meters. The control station can be used up to 60 meters away from the launch container. An optional missile selector box allows for up to six missiles to be guided in sequentially by a single operator.

The Vigilant uses a single HEAT warhead with impact fuse. Armor penetration is over 550 mm under optimal conditions. This was deemed capable of penetrating Soviet heavy and main battle tanks, such as the IS-3 and T-54. The standard British warhead had an extensible nose probe for detonation at a more favorable distance from the armor. A Swiss warhead used a ballistic cap to rotate the charge perpendicular to the armor on an oblique strike. Maximum range is 1375 meters, with a 12.5 second flight time. Vigilant in transport container setup ready to launch. This photo shows a museum piece in Finland. 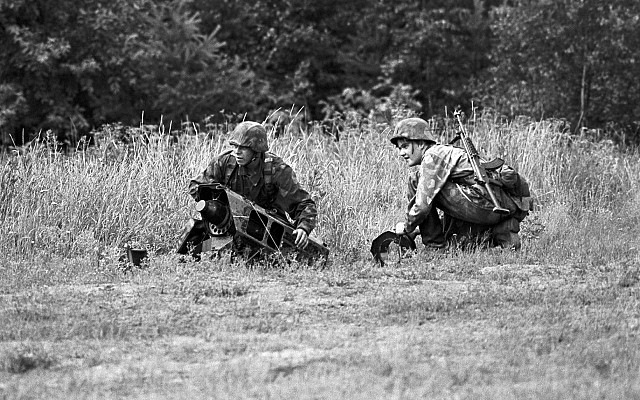