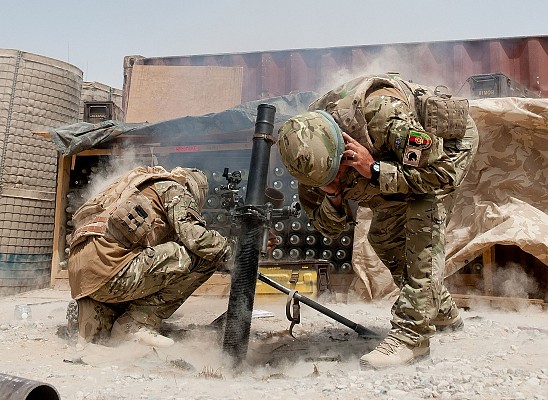 The L16 is a Cold War era smoothbore 81mm mortar of UK origin. It was introduced in 1965 to replace the 76mm ML 3-inch mortar in British service. At the time of introduction the L16 was far more capable than other mortars in the same category.

The L16 is a smoothbore muzzle loaded mortar with a conventional layout. It consists of a strong and heavy tube on a round baseplate. The bipod that houses the sight assembly is unconventional, as it essentially is a monopod with a strut to ensure stability. The US M252 variant is fitted with a muzzle device that diverts the blast away from the mortar crew.

The L16 fires its own new range of 81mm rounds, but US World War 2 era mortar rounds can be used as well. The range of mortar shells developed for the L16 have both a longer range and an increased lethal radius. With these shells the maximum range is 5.7 km. The sustained rate of fire is 15 rounds per minute.

The L16 mortar can be disassembled in three loads which can be transported over short distances by infantry. Over longer distances the L16 is carried in a utility vehicle or light truck. The L16 has also been mounted in a variety of self-propelled mortar systems, including the FV432, Bv-206MC and LAV-81.

The primary users of the L16 mortar are the UK and the USA, which uses it in the M252 variant. It has been exported to many nations and over 5.000 have been produced. 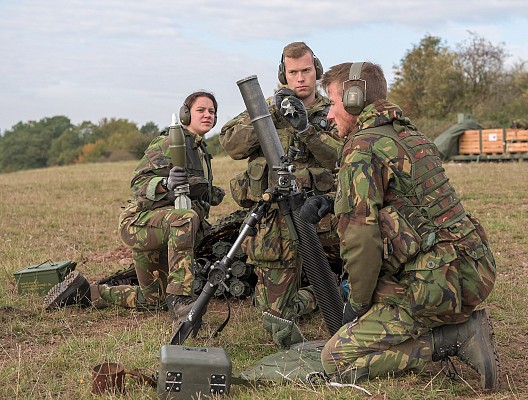 L16
First production model, introduced in 1965.
L16A1
Improved production model with various minor changes.
L16A2
Version of the L16A1 with slightly heavier barrel.
M252
Derivative of the L16A2 for US service, introduced in 1987. In US service a blast attenuation device is mounted onto the muzzle. This reduced blast effects on the crew.
M252A1
Lightweight variant of the M252 that was introduced in the US Army in 2014. Total weight is reduced from 45.2 kg to 35.8 kg.
M252A2
US Marine Corps development which weight 37 kg. Fitted with new sight unit and improved cooling mechanism. 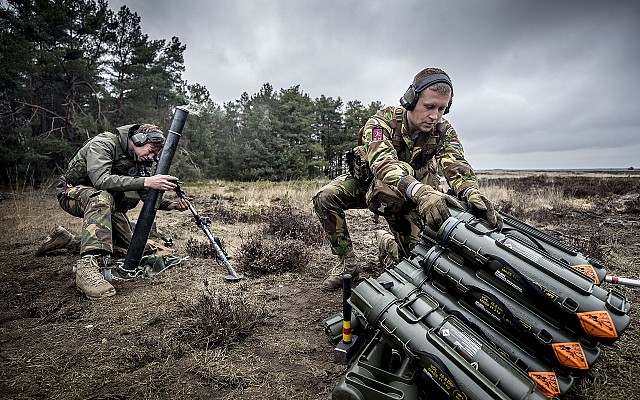 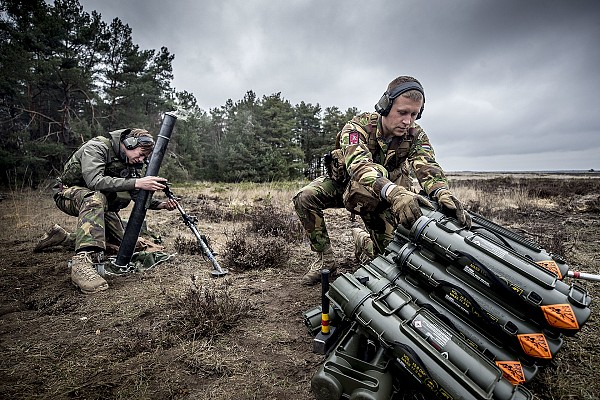 Dutch soldier with 81mm L16A2 mortar and associated ammunition canisters during a live fire exercise in 2019. 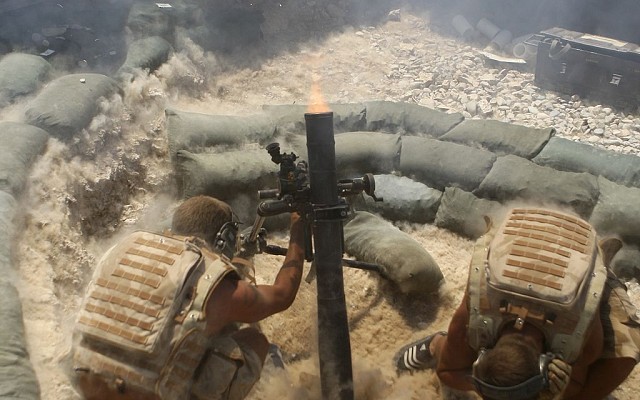 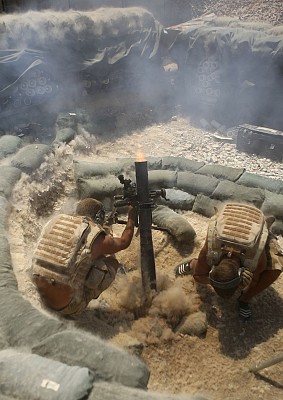 British soldier firing their 81mm L16 mortar inside a mortar pit during deployment in Afghanistan. 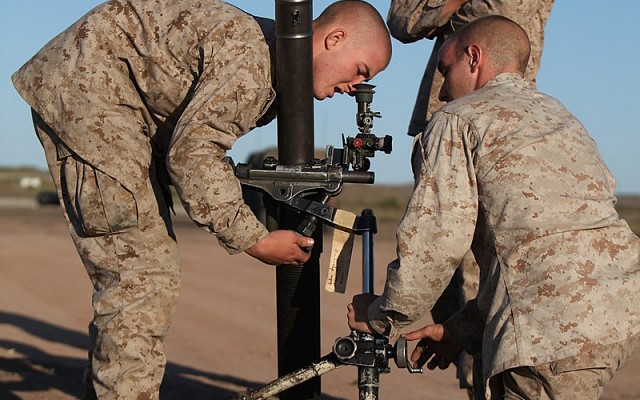 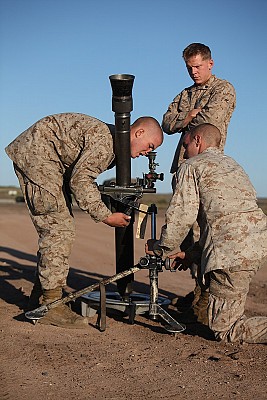 US Marines sighting in their 81mm M252 mortar prior to a live fire exercise. 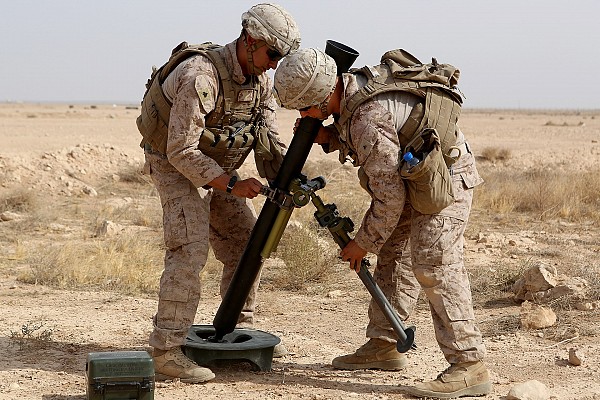 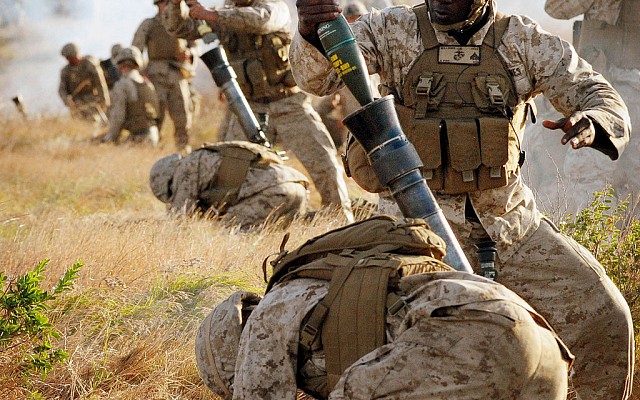 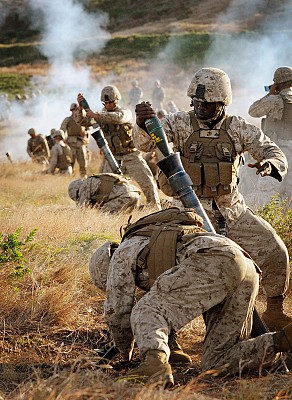 US Marines firing their 81mm M252 mortars during a live fire exercise in Australia in 2011. 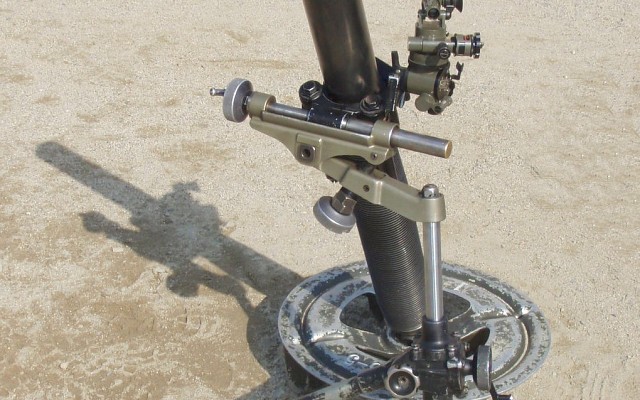 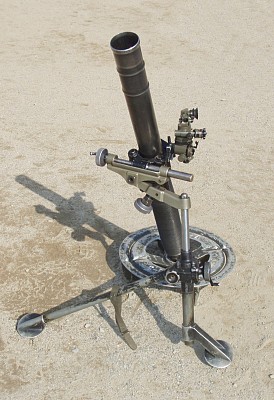 The British pre-World War 2 era ML 3-inch mortar was replaced by the L16 in the UK and several other Commonwealth nations. The L16 series replaced the older American M29 in several nations. This is for instance the case for both the Unites States and Japan. 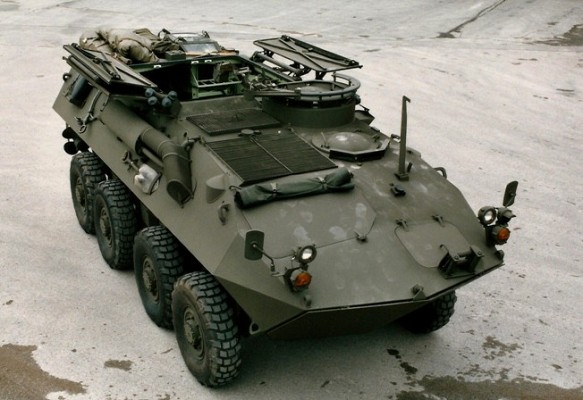