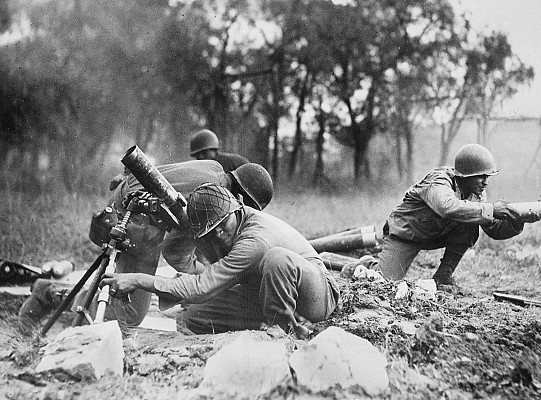 The M1 is a World War 2 era 81mm mortar of US origin. It is a slightly modified Brandt mortar and was adopted before World War 2. The M1 was used until the 1950's until it was replaced in US service with the newer M29.

The M1 is a conventional muzzle loaded smoothbore 81mm mortar. It is a slightly modified Brandt Mle 27/31 mortar. It can be disassembled in three pieces, being the barrel, the baseplate and the bipod with sight assembly.

The M1 can be disassembled in three pieces that can be transported by infantry over short distances. Over longer distance the M1 and its associated ammunition and crew are transported by utility vehicle or light truck.

The M1 mortar has also been mounted on the M4 and M21 halftracks. The mortar is fired from the rear compartment of these open roof vehicles.

The main user of the M1 was the United States. It has been exported to many nations around the world, mostly in Europe, South America and Asia. With most nations it has been replaced by newer designs. Still, the M1 still remains in use today and from time to time pops up in armed conflicts. 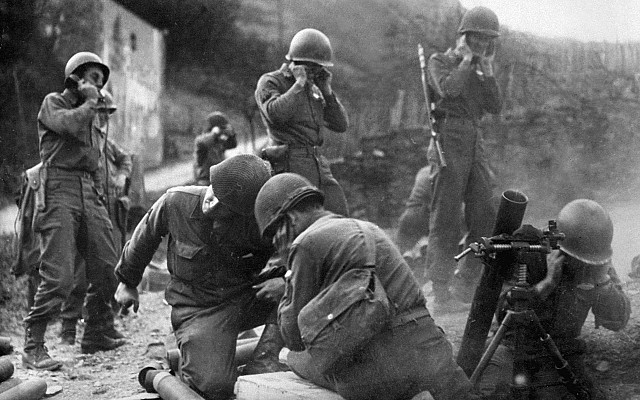 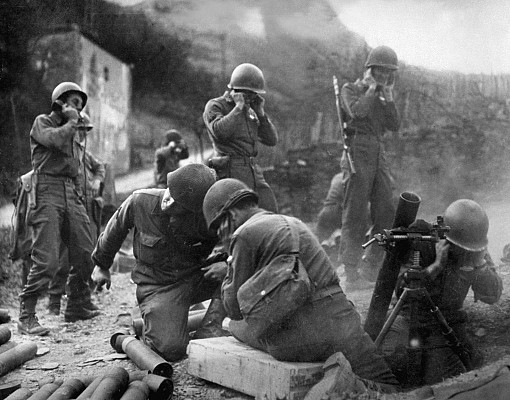 US forces firing an 81mm M1 mortar during World War 2. 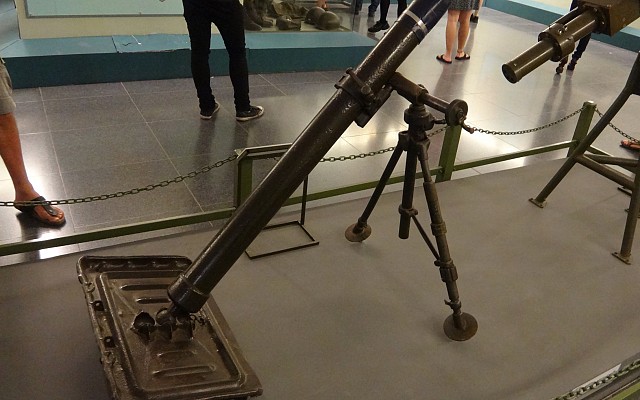 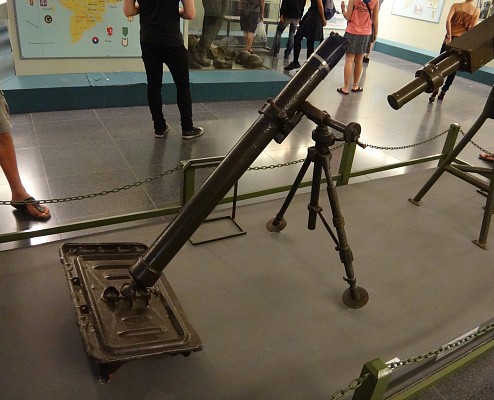 81mm M1 mortar on display in a museum in Vietnam 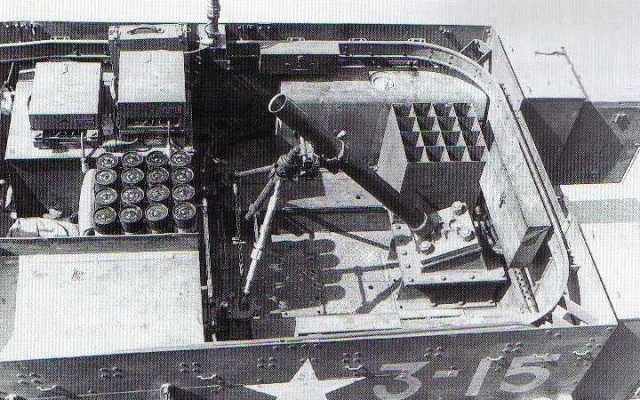 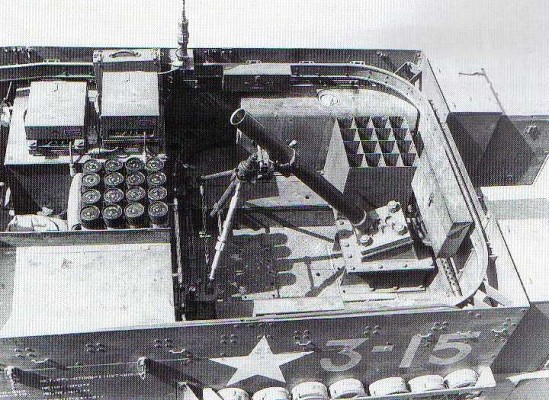 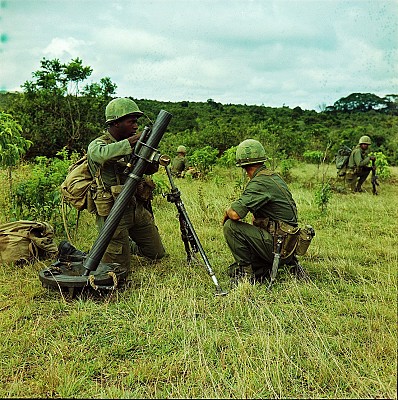 The 81mm M29 mortar replaced the M1 in US military service.